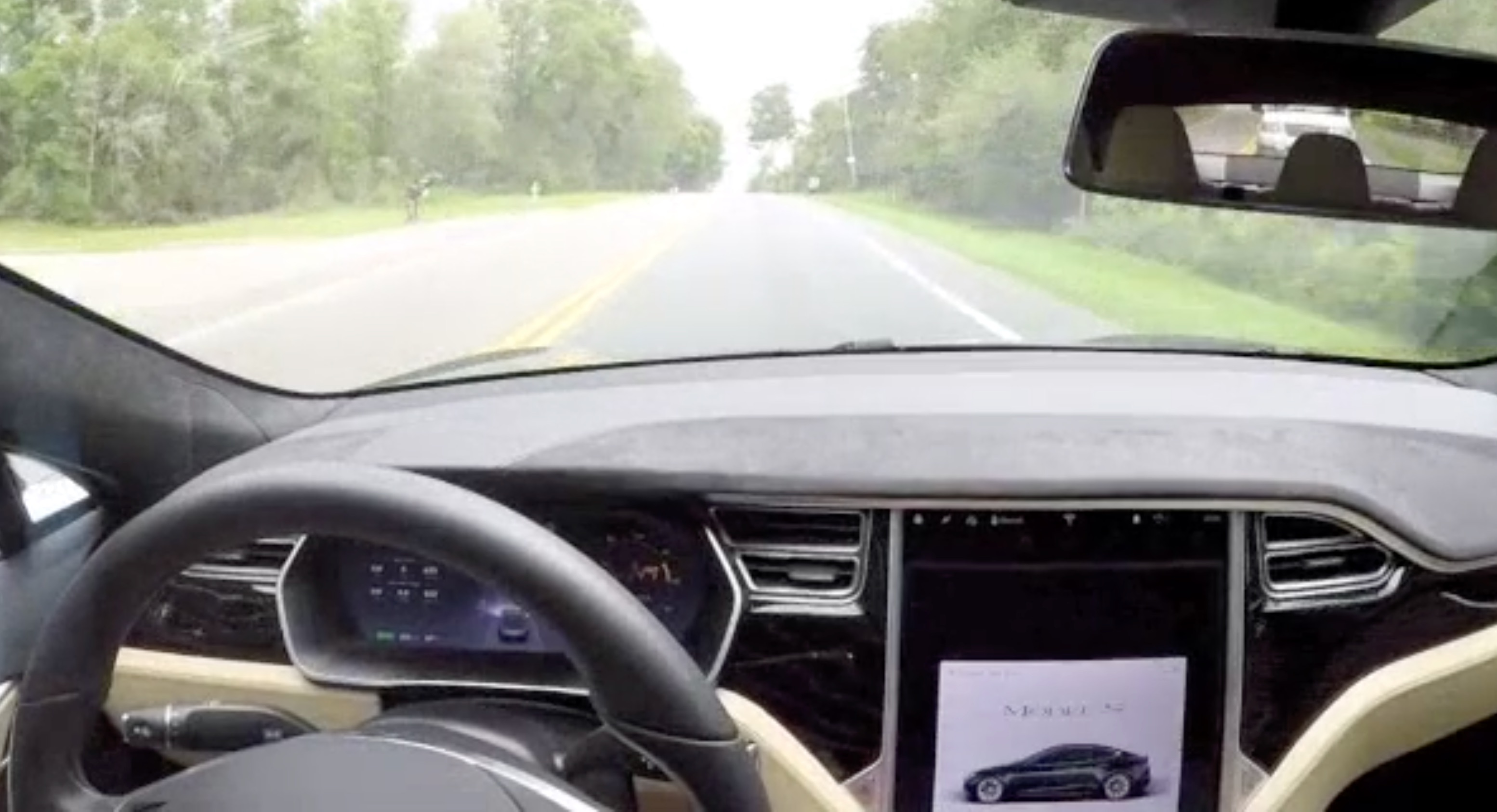 Tesla Model S owner James Hansbert has published a video demonstrating Tesla’s latest Autopilot 2.0 firmware update that includes a new control algorithm, said to make the vehicle feel ‘as smooth as silk’ according to CEO Elon Musk. Hansbert is one of the early few to receive the over-the-air update of firmware version 8.1 (17.22.46). Tesla will issue a wide release of the firmware to all hardware 2 equipped Model S and Model X next weekend.

Hansbert’s driving video reveals that while the new firmware does improve Autopilot performance in certain areas like tracking a lane through an intersection, it also comes up lacking in areas where older firmware versions had performed well. Specifically, the latest v8.1 (17.22.46) missed detection of a center island that previous firmware versions had spotted, notes Hansbert.

Hansbert commented on several specific areas of Autopilot 2.0 under the latest firmware.

In addition to the commentary and demonstration of the new Autopilot driving-assist algorithm, Hansbert put the firmware’s Autopark parallel parking and newly introduced perpendicular parking feature to use. He notes in the video that Autopark parallel parking on the street failed to detect the open spots in the first four attempts, but would eventually detect the open spot and successfully park itself.

Hansbert notes that the new perpendicular parking feature worked well even in a tight lot. His Model S backed into a spot on its second attempt, then pulled forward to straighten the vehicle before parking perfectly between the parking lines.

Browser is already a little better. Kernel and browser update in prob 6 weeks or so (lots of underlying changes) with a few nice features.

Not related to Autopilot, the latest firmware update also included a noticeable improvement to the performance of the center touchscreen’s Auto Brightness feature. The screen is now much more responsive to changes in light. Check out the release notes for v8.1 (17.22.46) to see a comprehensive list of what went into the latest update. Musk tweeted that a new kernel and browser update will follow in another over-the-air update due to arrive in roughly six weeks.