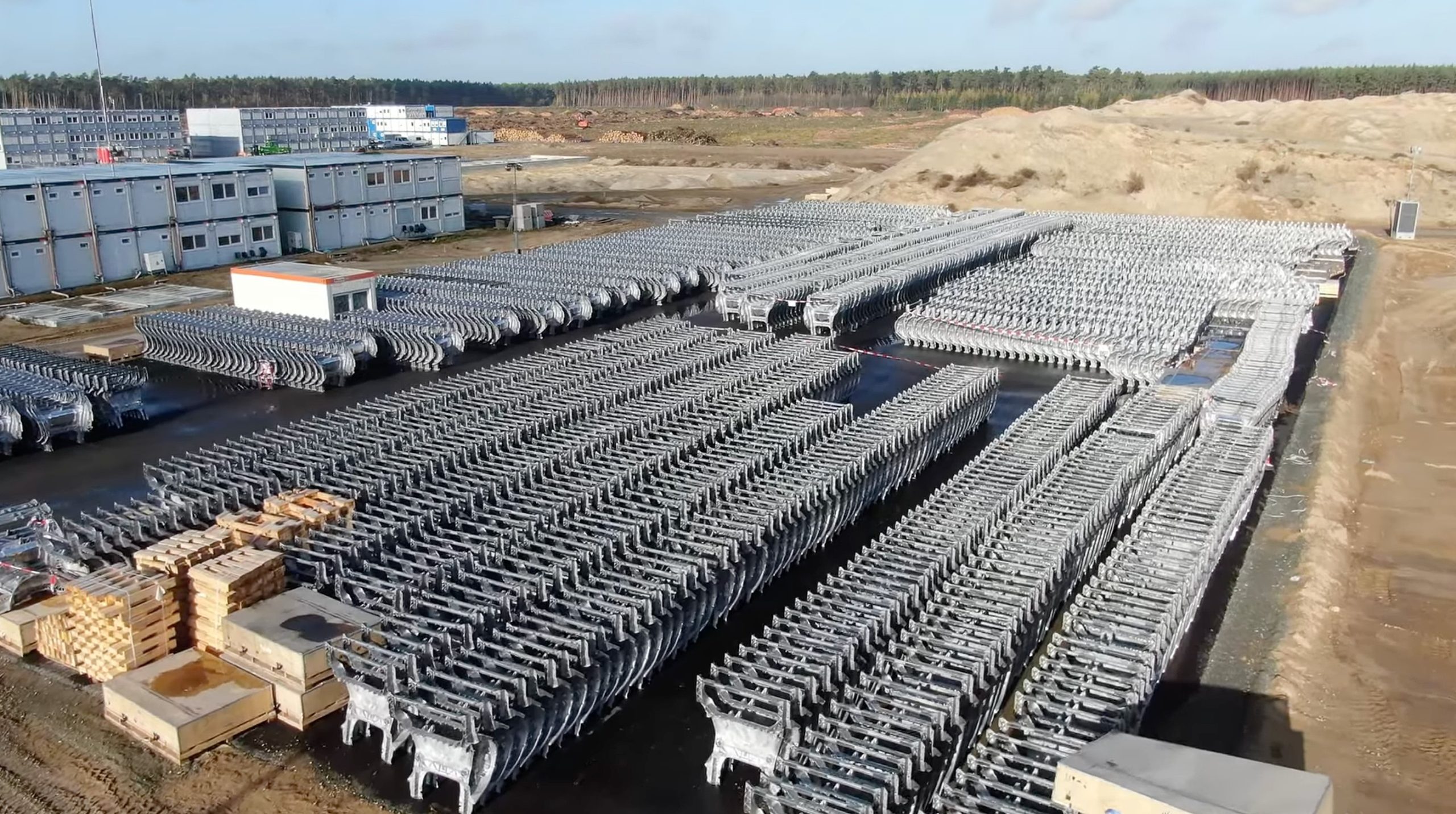 Recent drone flyovers of the Giga Berlin complex have highlighted that Tesla is currently optimizing its Model Y production process at the Germany-based factory. This was hinted at in footage of Model Y units being shipped out of the factory, as well as the mounds of rear megacasts around the site.

Drone operator Tobias Lindh took to the skies near Giga Berlin this Saturday, and despite the weekend, the facility and its surrounding areas seemed busy with activity. Immediately noticeable was the number of Model Ys being loaded onto transport trucks, as well as the large number of rear megacasts being stored around the facility.

The Model Y’s rear megacasts are among the most innovative components of Tesla’s best-selling all-electric crossover. Teardown experts such as Munro and Associates have praised it as a great way to make production more efficient and lower costs. Other companies, such as Volvo and Volkswagen, are now looking to roll out similar innovations for their upcoming electric vehicles.

The large number of rear megacasts being stored around Giga Berlin suggests that the electric vehicle maker is currently busy optimizing the vehicle’s production process. Tesla has not listed the reason why it’s storing a large number of megacasts around Giga Berlin, though some electric vehicle enthusiasts have suggested that Tesla may be looking to produce enough megacasts because they’re avoiding slowdowns when the Giga Presses need downtime for maintenance.

Apart from the mountains of megacasts being stored on the site, more of Giga Berlin’s parking lots and paths have also been paved with asphalt. The clearing of trees for the Phase 2 area, which Tesla has been working on, also shows progress. Overall, Giga Berlin is looking more and more complete, so it would not be a surprise if the facility hits the company’s target of producing 5,000 cars per week by the end of Q1 2023.

Watch the recent drone flyover of the Giga Berlin complex in the video below.