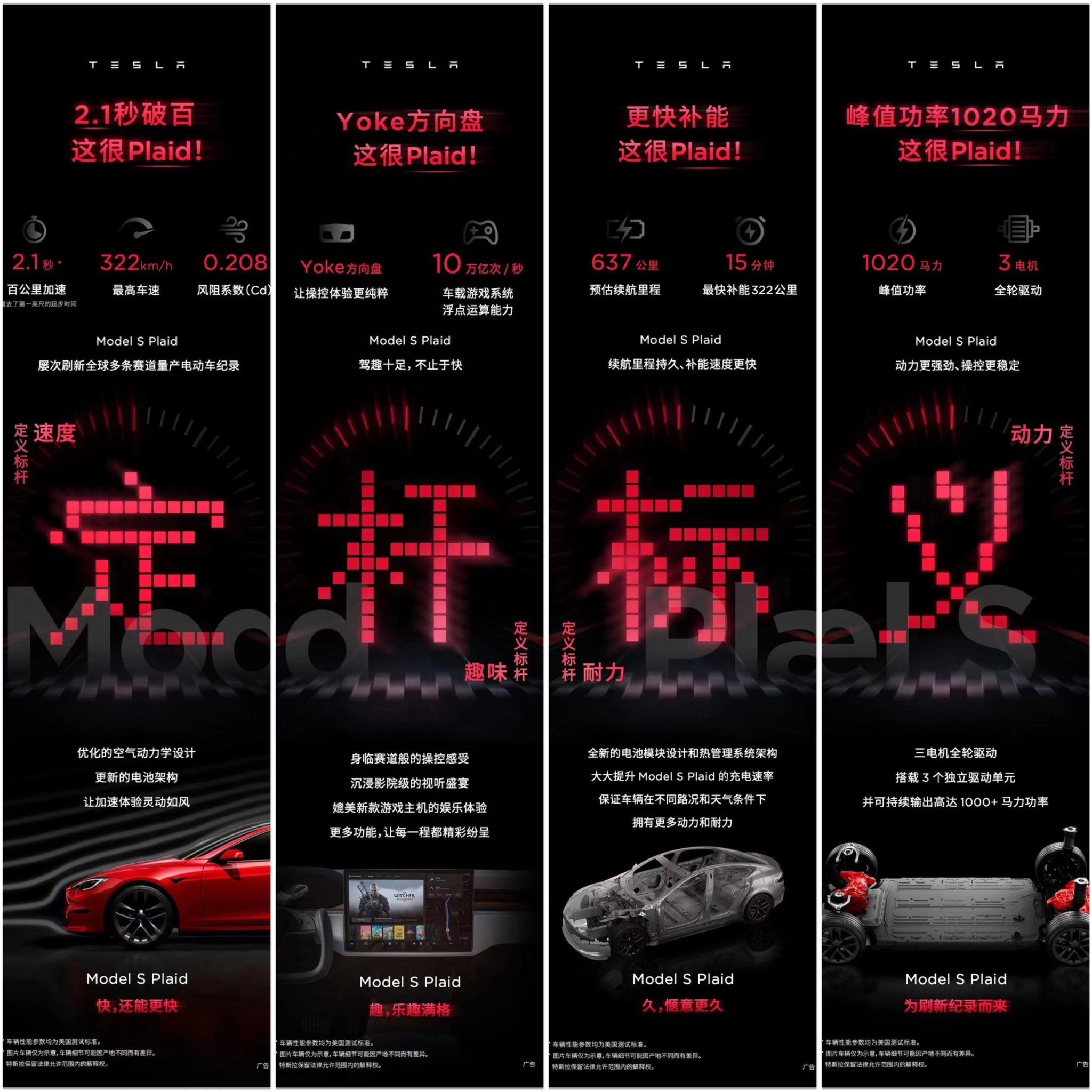 Tesla China has released a creative effort to promote its flagship vehicles, the Model S Plaid and Model X Plaid. Both vehicles, together with the company’s Tesla Bot prototype, were featured at the 5th China International Import Expo (CIIE).

The Model S Plaid and Model X Plaid have been available in the United States for the past year, but the vehicle is yet to be formally launched in countries such as China. A Model S Plaid was spotted last month in the country, but a look at the flagship sedan’s official page in China shows no estimated delivery dates yet. The same is true for the Model X Plaid.

With the flagship all-electric sedan and SUV attracting attention at the 2022 CIIE, the electric vehicle maker has launched a campaign to promote the Model S Plaid and Model X Plaid. As noted by EV watcher Yan Chang, Tesla China has released a series of 8 “Plaid” posters in a “plaid shape font.” The posters also highlighted the words “beyond imagination” and “define benchmarks” to describe the vehicles.

A closer look at the marketing posters shows that Tesla is highlighting each vehicle’s advantages. In the case of the Model X Plaid, the electric vehicle maker promoted the vehicle’s power and utility and its infotainment system. In the case of the Model S Plaid, the company opted to highlight the vehicle’s raw performance, speed, and range. Overall, the posters were typical Tesla in the way that they were direct and simple.

While the Model S Plaid and the Model X Plaid may seem like iterative improvements to their respective predecessors, it should be noted that Tesla’s upcoming innovations are still attracting quite a lot of attention. During the 5th China International Import Expo (CIIE), Tesla’s S3XY lineup was showcased, but attendees of the event, at least based on local social media posts, seemed especially interested in the Optimus prototype, which was showcased during the expo.