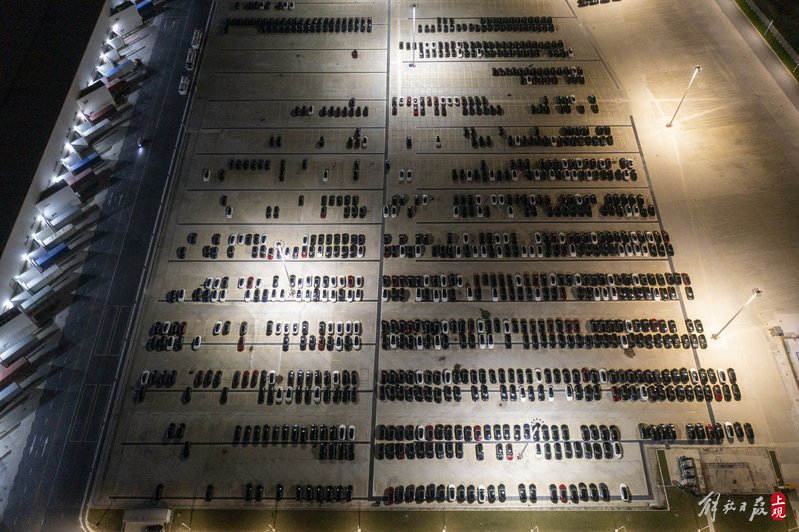 During Tesla’s first-quarter earnings call, Elon Musk mentioned that Gigafactory Shanghai is “coming back with a vengeance” following its three-week shutdown that started late March. Recent photos of the Giga Shanghai complex and local reports now indicate that this is indeed the case.

Images reportedly taken from Gigafactory Shanghai on April 20, 2022 showed that the facility’s holding lots are being filled with freshly-made cars once more. Most of the vehicles photographed seemed to be Model Ys, and videos from local media even depicted car carrier trucks shipping vehicles from Gigafactory Shanghai. Needless to say, Tesla’s China-based plant has definitely reawakened.

To resume vehicle production at Gigafactory Shanghai, Tesla China has adopted a closed-loop system similar to those adopted by other high-profile companies such as GM and CATL. Under the system, Giga Shanghai workers would be temporarily living in the electric vehicle plant. Tesla would be providing its workers with sleeping bags, mattresses, meals, and a daily stipend while they are living in Giga Shanghai.

Following the reopening of Giga Shanghai, reports emerged stating that around 8,000 employees formally resumed work at the facility when it reopened its lines. Giga Shanghai’s battery and electric motor production lines were reportedly at full speed soon after the facility resumed operations, but the vehicle assembly line was still gradually ramping.

As per a recent report from the South China Morning Post, Tesla China has regained the capability to assemble about 1,000 vehicles per day. Granted, this is only about half of the facility’s previous pace, but it is quite impressive since the facility just reopened a few days ago. Industry officials, however, noted that Giga Shanghai’s inventory of components could only support about a week’s worth of production. This was highlighted by David Zhang, a researcher at the North China University of Technology.

“A large-scale carmaker like Tesla is supposed to have an inventory for at least two weeks of production when it is in normal operation. It will be some time before Shanghai-based carmakers like Tesla, Volkswagen, and General Motors can fully restore their supply chain and run at full capacity,” Zhang noted.