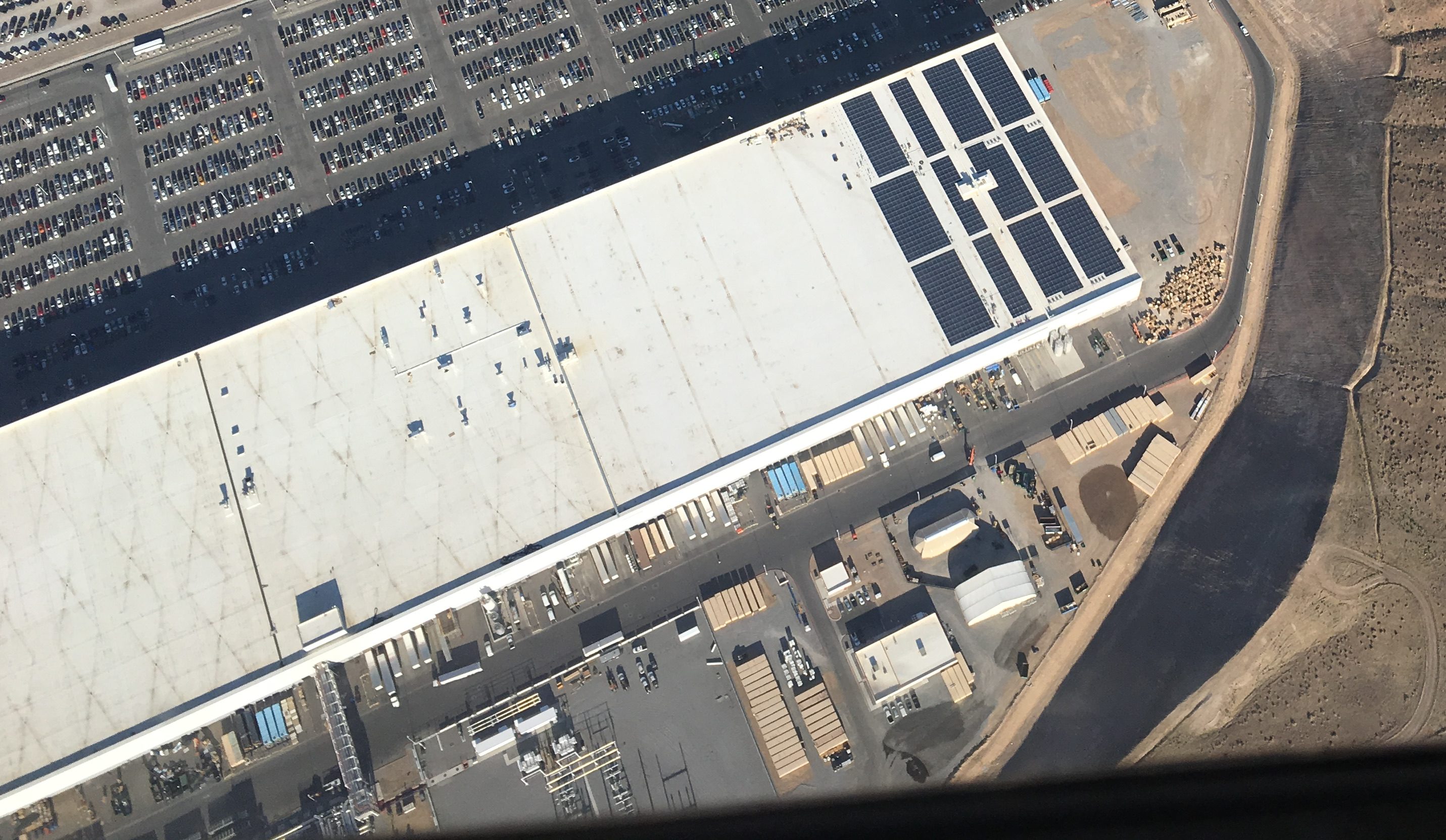 Tesla’s Gigafactory in Nevada has always been intended to be powered entirely by renewable energy. Aerial images of the facility taken earlier this year revealed that the company began installing several clusters of solar panels on the factory’s roof, though construction of the solar arrays was halted after the sixth cluster was completed. That said, Tesla appears to have resumed work on Gigafactory 1’s rooftop solar array, adding six new clusters to the roof of the sprawling facility recently.

Teslarati recently obtained aerial images of the new rooftop solar panel clusters being installed in Gigafactory 1. Continuing from the work started earlier this year, the new clusters of solar panels are installed on the north end of the facility. Images of the recently built parking lot north of Gigafactory 1 also show a number of containers and semi-trailers. 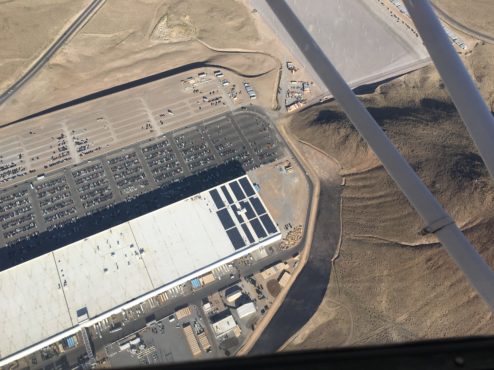 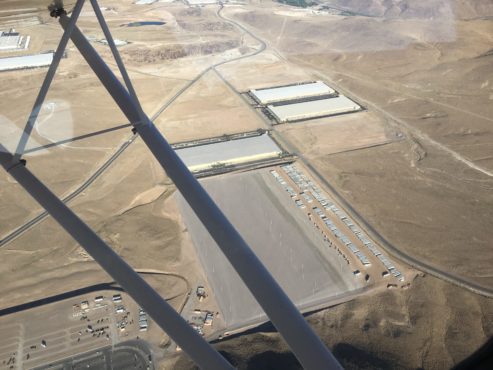 Gigafactory 1 is designed to feature an expansive 70 MW solar array on its roof. A handout of the facility given to guests at a previous investor event stated that Gigafactory 1’s solar array would likely be the largest rooftop installation in the world, particularly when the planned 13-million-square-foot facility is completed.

“GF1 is an all-electric factory with no fossil fuels (natural gas or petroleum) directly consumed. We will be using 100% sustainable energy through a combination of a 70 MW solar rooftop array and solar ground installations. The solar rooftop array is ~7x larger than the largest rooftop solar system installed today,” Tesla’s handout read.

Elon Musk recently provided an update on Gigafactory 1’s transition to fully renewable energy, stating in a recent tweet that the facility will be 100% renewable and powered by Tesla Solar at the end of 2019. This aggressive timeline is classic Musk, and it was released roughly at the same time as work on the facility’s rooftop solar array resumed.

This is utterly false. Fossil fuel merchants of doubt have been pushing that bs for years. Tesla Gigafactory will be 100% renewable powered (by Tesla Solar) by end of next year.

As impressive as the Nevada Gigafactory is today, the facility is actually still less than 30% complete. Gigafactory 1 currently has a 1.9 million square foot footprint, with roughly 4.9 million square feet of operational space across several floors. The footprint of the building itself has not changed over the past two years either, as the company has largely focused on growing and optimizing the facility from within since the Model 3 ramp took center stage.

That said, signs are emerging that Tesla might be looking to expand Gigafactory 1’s physical footprint soon. The construction of the new parking lot north of the factory, for one, suggests that the company might be making way for some construction work west of the facility, which happens to be a parking lot used by employees today.

Gigafactory 1 is one of Tesla’s most pivotal facilities. Tasked with the production of battery packs and powertrains for the Model 3, Gigafactory is responsible for ensuring that Tesla meets the demand for the electric sedan. Late last month, Panasonic, Tesla’s battery partner, also noted that it would be increasing its manufacturing capacity by 30% to address the increasing demand for batteries caused by the Model 3 ramp. According to a report from 103-year-old Japanese news agency Nikkan Kogyo, Panasonic will be adding three new cell production lines for lithium-ion batteries in Gigafactory 1 at the “end of 2018.”