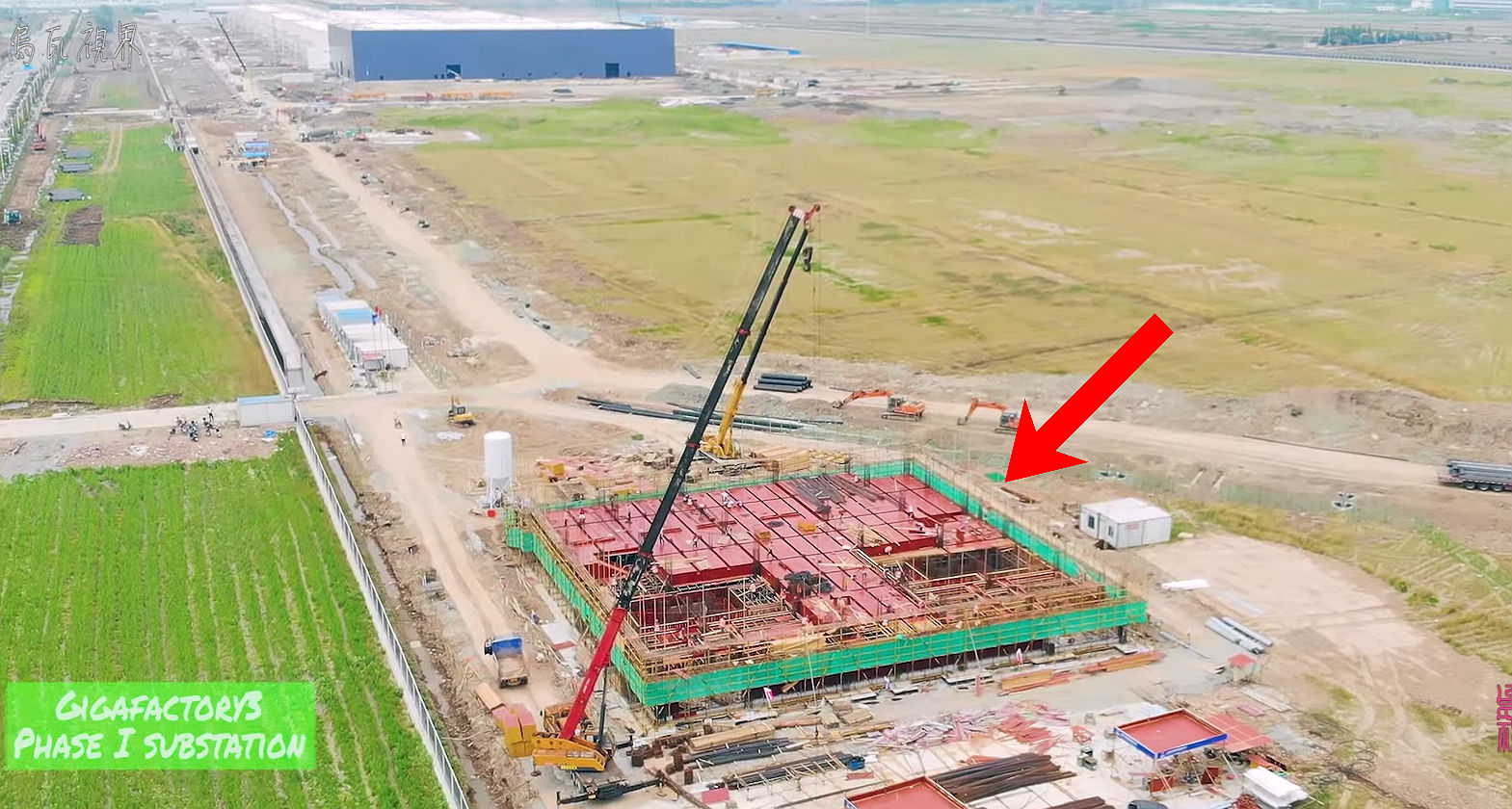 With Gigafactory 3’s Phase 1 buildout completed, Tesla’s electric car production facility continues to evolve.  Recent drone flyovers of the expansive Shanghai site have even revealed that a substation is currently being built. Sightings of workers with ABB Robotics uniforms in the area also hint at sections of Gigafactory 3 being prepared for the installation of manufacturing robots.

Wuwa Vision (烏瓦), who has been following the progress of Gigafactory 3 since it was just an open, muddy field, was able to acquire some details about the substation being built southwest of the general assembly building. The power station reportedly costs $12 million to build, and it will be tasked to supply power to the site. Reports from the area hint at the substation being completed by September, just as the main facility becomes ready for Gigafactory 3’s initial Model 3 production.

Similar to the rapid buildout of Gigafactory 3’s general assembly building, the construction of the substation is also moving at a rapid pace. The building only started construction recently, but some parts of the substation are already taking form. Considering the speed that has been exhibited by China’s workforce so far, there seems to be little doubt that Gigafactory 3’s power station will be online sometime in September.

Interestingly, the rise of Gigafactory 3 in Shanghai’s Lingang Industrial Zone has sparked the emergence of a small community of entrepreneurs nearby. Every day, food vendors, clothing shops, and other small businesses set up shop to cater to the needs of Gigafactory 3’s workers. Jason Yang, another drone operator who has been following the buildout of the electric car factory, recently took some footage of this bustling community. Just as luck would have it, the Tesla enthusiast ended up recording footage of something interesting.

Among the workers of Gigafactory 3 that were taking a break from the day’s work, Yang was able to get a video of a worker wearing a safety vest featuring the unmistakable logo of ABB Robotics, a company that specializes in manufacturing robots. While Tesla nor its construction partner is yet to release any updates relating to ABB or its machines, the presence of an ABB worker on the site suggests that the main Gigafactory 3 facility is already getting prepared for the installation of automated manufacturing equipment.

Gigafactory 3’s rapid buildout is on track to potentially set records among China’s fastest industrial-scale construction projects. Following the completion of the Phase 1 buildout in May, the facility is expected to undergo ground hardening in June. This would be followed by pipeline communication, equipment stationing, equipment commissioning, and finally, trial electric car production runs in September.

Watch Gigafactory 3’s most recent flyovers in the videos below.