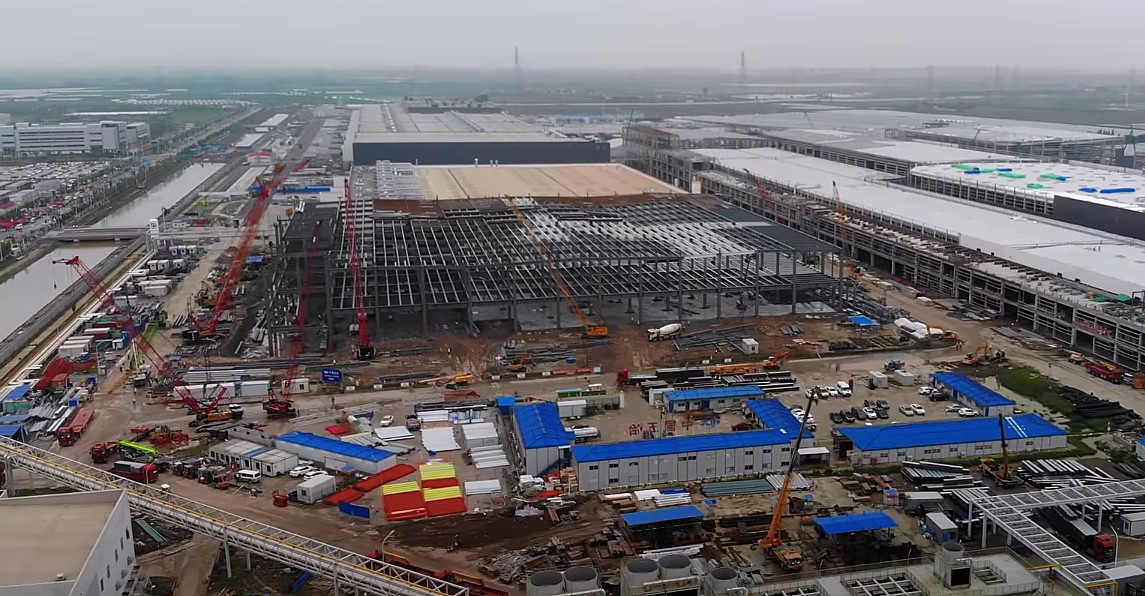 As Tesla Gigafactory Shanghai Phase 2A enters its later stages of construction, the upcoming Model Y factory appears poised to receive some serious internal upgrades. This was hinted at by a significant increase in delivery trucks that are reportedly heading to the Shanghai-based site, which happen to be loaded with new equipment.

Reports about these new activities were shared in a recent flyover from Tesla enthusiast and drone operator Jason Yang, who provided some updates about the Model Y factory that’s under construction. According to Yang, the roof of the facility is currently being waterproofed, and the outer walls of the factory shell are about a month away from being fully closed off.

Interestingly enough, reports from an employee at the site have noted that the number of trucks carrying equipment to the Gigafactory Shanghai complex have increased a lot. The reasons behind this have not been revealed by the electric car maker, though there seems to be a good chance that the ramp may be due to the near-completion of the Model Y factory. At this stage of the Model 3 facility’s buildout last year, after all, Tesla was also starting to set up production equipment at the Phase 1 zone.

With this in mind, it may not be too long before sightings of robots and other machines for vehicle manufacturing are spotted on the site once more. This, if any, could help Tesla ramp the Model Y as soon as possible, with the company possibly even starting trial production of the all-electric crossover later this year, despite the delays that resulted from the pandemic.

If Tesla could start trial vehicle production for the Model Y this year, it could go a long way towards accelerating the company’s expansion into the Chinese market. China, after all, is the world’s largest EV market, and it is currently populated by local carmakers. Considering that the Model Y is a crossover, and the fact that its bleeding edge tech could give it an advantage over its competitors, the vehicle could have a solid chance at being a success the country.

Tesla expects Model Y deliveries in the China to begin sometime next year. And if the company could complete the Model Y factory within the next few months, Tesla could have a shot at starting customer deliveries in early 2021, similar to the Model 3, which started deliveries to local customers in an event this past January.