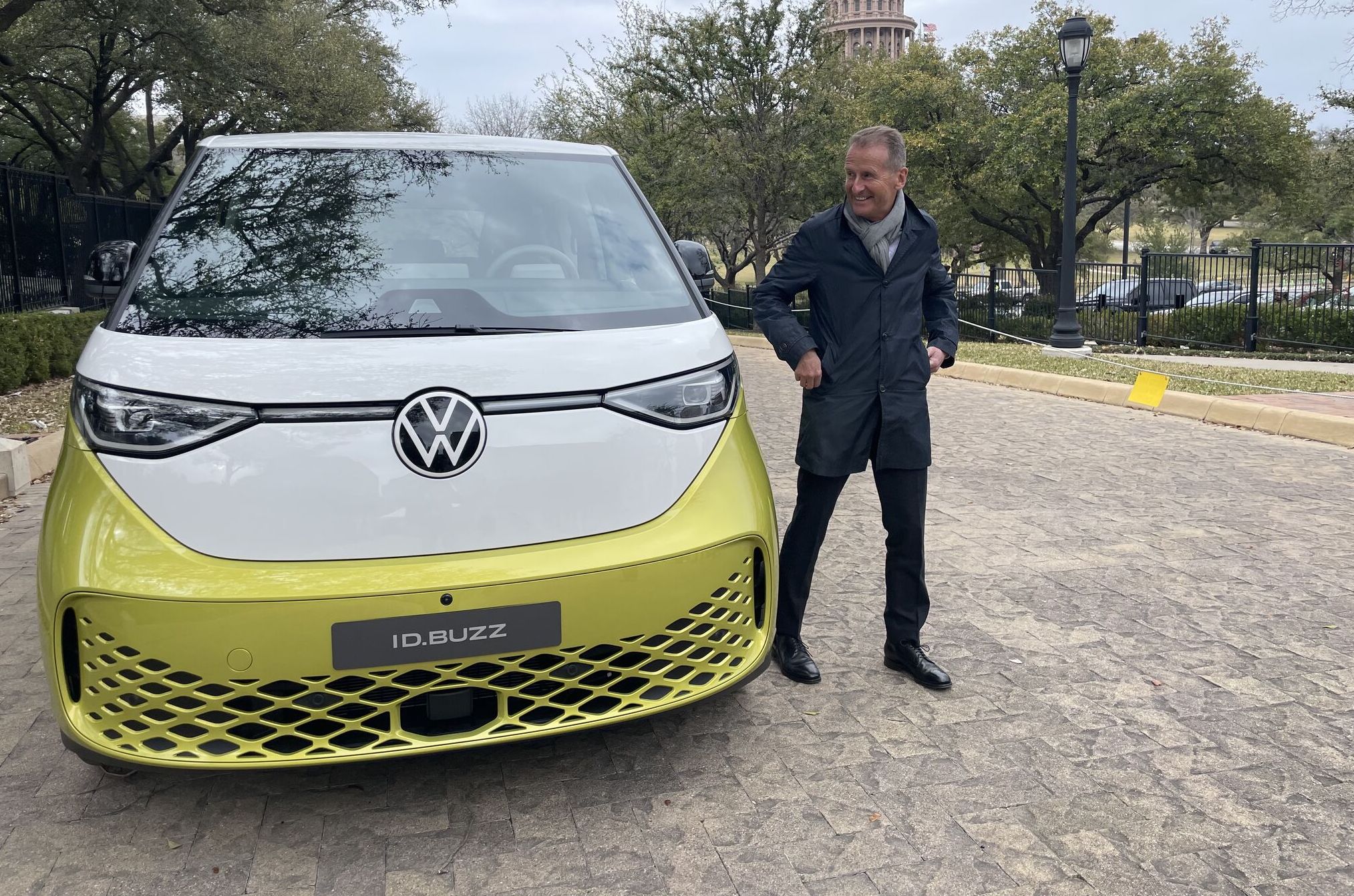 Volkswagen’s Herbert Diess took the time to shout out Tesla Giga Texas during his visit to Austin for the South by Southwest festival this weekend.

Tesla Gigafactory Texas has been getting a lot of attention lately as it prepares to start production on the Model Y. Tesla’s Austin factory has recently received a few notable visitors, including U.S. Labor Secretary Marty Walsh.

VW’s Chairman recognized the significance of Tesla’s new HQ and how it will level up the competition in the EV industry. Diess commented that Tesla Giga Texas is impressive in a recent LinkedIn post. “1.2 km long, 400 m wide: all under one roof, no logistics from cell production to final assembly. Once up and running, it will very likely set some new benchmarks,” Diess wrote.

In the past, Diess stressed the competition Tesla’s gigafactories would bring to legacy automakers like Volkswagen. In October 2021, Diess praised Tesla Giga Berlin in Grünheide, saying it “will build cars with an impressive speed and productivity.” Diess hopes that the new Wolfsburg plant can help VW compete with Tesla Giga Berlin.

“I am so happy that we decided a new plant for Wolfsburg. Without that — no chance to compete,” Diess said.

Earlier this month Volkswagen Group’s Supervisory Board passed a resolution for the company’s new ~$2 billion manufacturing facility in Wolfsburg-Warmenau. The new plant will produce VW’s Trinity sports sedan, expected to roll off the assembly line by 2026. Trinity seems to be Volkswagen’s answer to Tesla’s Model S and Model Y. Although it is still unclear which sedan Trinity will ultimately compete with in the EV market.

“The Trinity factory will become the blueprint for the existing main plant and for Volkswagen in general. We have also agreed that we will expand battery, charging and digitalization activities here in Wolfsburg, centered around Trinity. All this safeguards employment and brings coherence to shaping the transformation in Wolfsburg,” said Daniella Cavallo, Chairwoman of the General and Group Work’s Councils of VW AG.