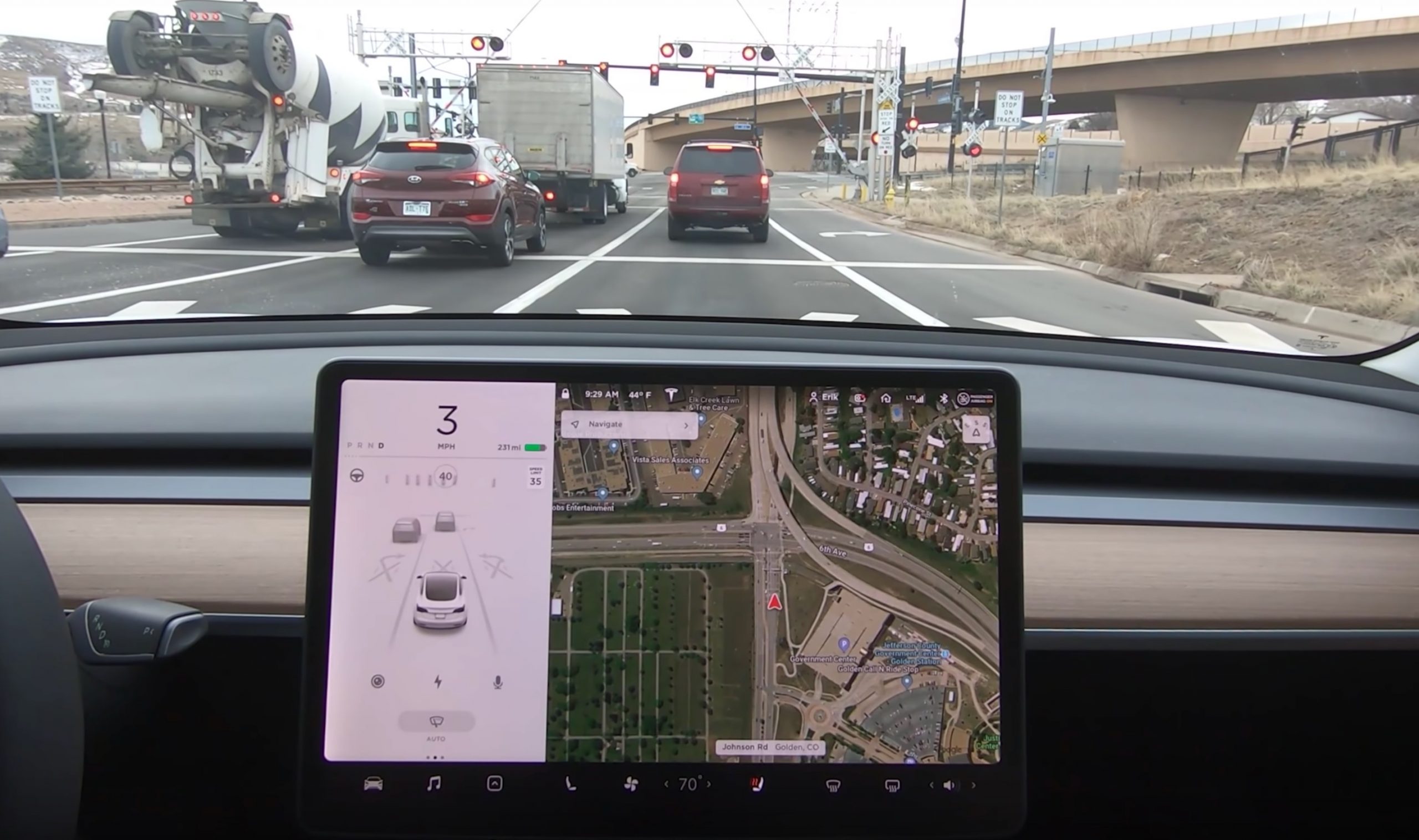 During Tesla’s Autonomy Day last April, Director of AI Andrej Karpathy joked that the attendees of the event only used a pair of cameras to navigate themselves to the venue. Emphasizing this point and Tesla’s aversion to LiDAR, the AI Director even joked that the attendees must not have shot lasers from their eyes when they were making their way to the event. These jokes, while lighthearted, show Tesla’s all-in bet on Elon Musk’s idea that a suite of cameras and a Neural Network are enough to teach a fleet of vehicles how to drive autonomously.

Unlike self-driving companies such as Waymo and Cruise, Tesla is intent on not using LiDAR, a component that is pretty much ubiquitous among firms developing FSD technology. Musk has proven quite unforgiving for LiDAR, calling it a “fool’s errand” and “stupid” if used for cars. This is a lot coming from Musk, especially considering that SpaceX, the Tesla CEO’s private space company, uses LiDAR for its spacecraft. Musk explained that LiDAR makes sense in space, but it’s foolish to use in regular cars.

Tesla has since been working on improving its Autopilot software and FSD suite through data gathered by the company’s fleet of vehicles. This data is then fed into the company’s Neural Network, which improves depending on the data that it is fed. Tesla has been pretty quiet about the official capabilities of its Neural Net, but if visualizations from its recent FSD preview are any indication, it appears that the company’s vehicles have learned to recognize a lot of common inner-city objects that would most definitely be encountered once the Robotaxi service is introduced.

A few days ago, Elon Musk took to Twitter to state that an “FSD preview” will be included in an upcoming update. That update is software version 2019.40.50. The recently-released update is no joke either, as it added new features such as Driver Profiles, new Tesla Arcade Games, TRAX, and new services for Tesla Theater. But apart from these improvements, the update also included a “sneak peek” at Full Self-Driving. This sneak preview came in the form of updated visuals, many of which seemed to have been designed specifically for city driving.

Some of these features were chronicled by Tesla owner-enthusiast Steve Hamel, who shared some photos from his Model 3 after his vehicle received the 2019.40.50 update. Based on the Model 3 owner’s posts, it appears that Teslas are now able to recognize trash cans, lane lines, arrows that are painted on the road, and the changing colors of traffic lights. Stop signs and road markings are rendered accurately in the recent update as well. Performance-wise, the Tesla owner remarked on Twitter that features like Navigate on Autopilot have been improved.

Of course, the new visualizations from Tesla are but the tip of the iceberg for the company and its full self-driving solutions. Releasing the updated visuals to the company’s fleet suggests that Tesla’s FSD efforts have seen large improvements over the past months. Nevertheless, seeing Tesla’s electric cars recognize otherwise ubiquitous objects on the road suggests that Autopilot and FSD are on the right path towards true autonomy. After all, what is visible is already impressive. One can only imagine just how advanced the system really is under the hood.