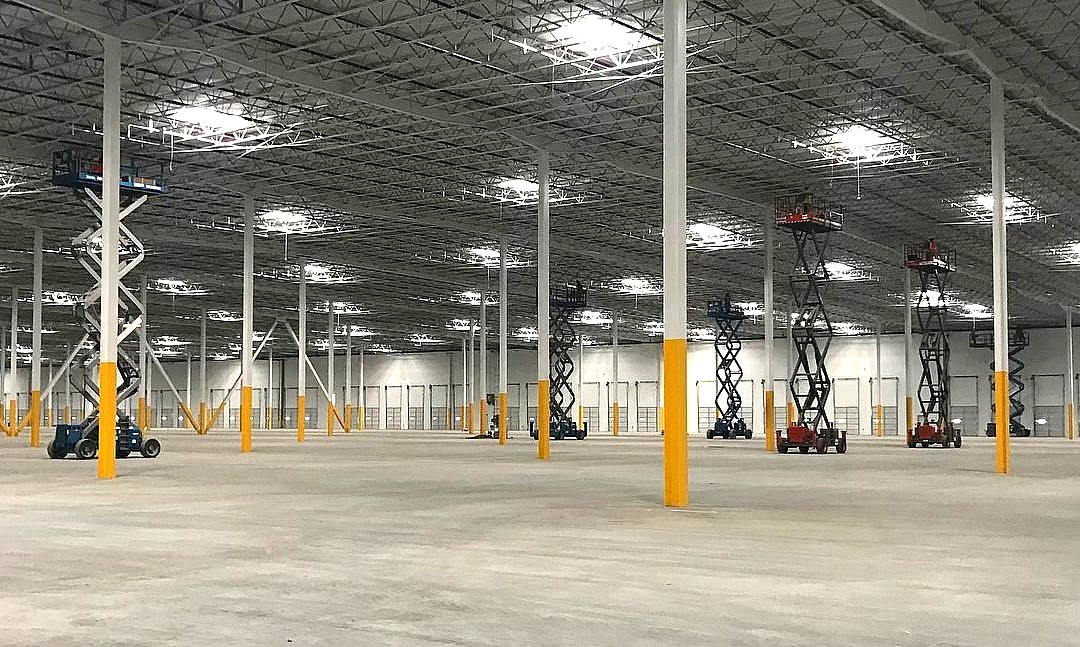 Recent images of Tesla’s upcoming Lathrop, CA site show that the interior of the 870,000-square-foot facility is now undergoing electrical work. Based on the site’s recent pictures, it appears that the Lathrop facility boasts a rather tall ceiling that is quite reminiscent of the first images that have emerged of Gigafactory 3’s interior.

Tesla is yet to announce the official designation of its new building in the CA town, though previous job listings for the area suggest that the facility will be used as a parts distribution center. The tall ceiling of the site would suggest this, as storage of parts usually involve the components being stacked on large racks. The semi-trailer-sized openings at the side of the facility also suggest that the building is designed to facilitate quick loading and unloading.

Looking at the progress of Gigafactory 3 so far, it is difficult not to notice the similarities between the design of the two facilities. Just like Lathrop, the first interior images from Gigafactory 3 show a rather tall ceiling that could accommodate large racks (or machines for that matter). The Shanghai-based site also features rows of semi-sized openings on its side, similar to the California-based facility. It should be noted that Gigafactory 3 is not a parts distribution center, but rather, a full-fledged electric car production line.

Tesla’s current job openings for Lathrop, CA all but suggests that the electric car maker is looking to conduct operations that go beyond simple parts and service warehousing. A look at Tesla’s career page, for example, shows multiple openings for manufacturing-related jobs for a Lathrop, CA site. Among these are Process Technicians for Castings, Production Supervisors for Castings, Production Associates for CNC Machining, Equipment Maintenance Technicians for Die Casting, and Production Associates for “Pano Roof.”

While the manufacturing-related job listings for Lathrop, CA, suggests that Tesla will be making electric car components on the site, it remains to be seen if the company will utilize the location as a full-blown vehicle production facility. Nevertheless, it should be noted that Tesla actually needs more production sites to accommodate its upcoming vehicles. Recent reports have suggested that the Model Y will be produced at the Fremont factory, but the locations where other vehicles such as the Tesla Semi, the Pickup Truck, and the new Roadster will be produced are still pretty much up for speculation.

Speculations among the Tesla community have pointed to Lathrop potentially being used for the production of the Semi. This might actually have some merit, considering that the Semi will not be a high-volume vehicle like the Model 3 or Model Y. The site is also strategically located in between the Fremont factory and Gigafactory 1. Ultimately, producing the Semi in Lathrop could open the doors for the production of the pickup truck as well, especially as Elon Musk has suggested in the past that the vehicle could simply be a “mini version of the Tesla Semi.”