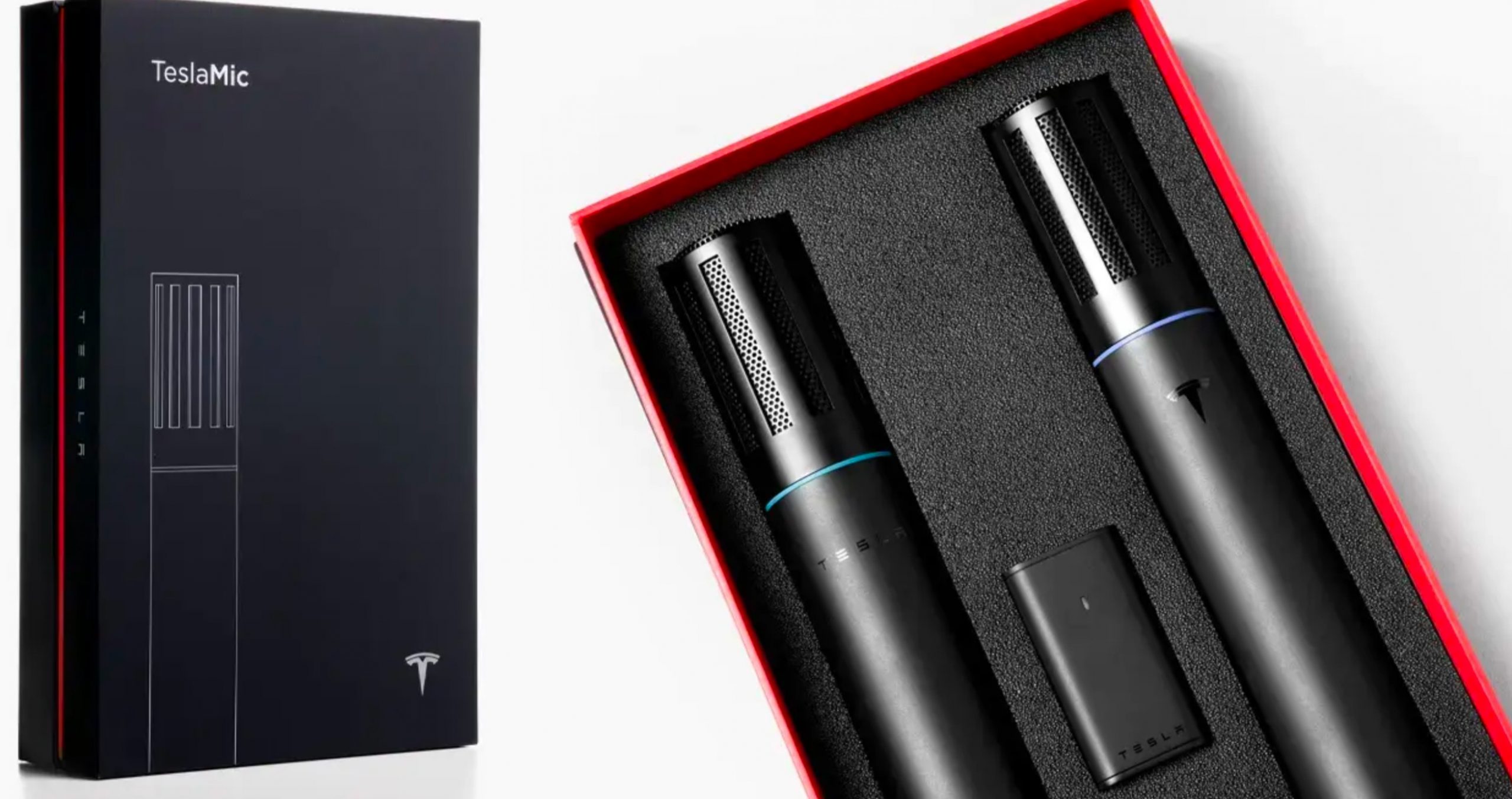 TeslaMic launches in China with KTV function in 2022.2.1 update

Tesla’s 2022.2.1 over-the-air (OTA) update for its China-based customers includes a fun KTV function and support for a new vehicle accessory — the TeslaMic. The update is expected for a wide release on February 1, 2022, just in time for the Spring Festival in China. With the TeslaMic, families can enjoy travels during the holiday with some good old-fashioned karaoke.

The TeslaMic has been likened to the Leishi KTV + wireless microphone in China, one of the noted professional KTV suppliers in the country. The TeslaMic goes well with the KTV feature that owners will be able to enjoy with the 2022.2.1 update. According to local reports, the official Tesla-branded microphone will be available at the Tesla Shop soon.

The TeslaMic’s official introduction states: “This wireless microphone can be adapted to the singing K function of Tesla vehicle theater mode, providing you with a mobile private K singing room, roaming the sea of music and singing happily.”

Tesla’s microphone features a moving coil capsule DSP processing chip, anti-whistling technology, super-cardioid pickup design, and built-in multiple sound modes. It also has U-segment signal transmission with automatic pairing. Based on images of the item, it appears that the TeslaMic would be sold as a set of two.

The TeslaMic can be used for more than 10 hours and can’t be used in vehicles equipped with NVIDIA Tegra infotainment processors. There is speculation that the TeslaMic might support function with Tesla vehicles’ external speakers, providing two singing modes for inside and outside the cars.

Besides the TeslaMic and KTV, Tesla will also introduce other fun changes in the 2022.2.1 update. For instance, Tesla China’s R&D team will launch a vehicle color customizer for the infotainment display, which would enable drivers to match their vehicle’s avatar to their cars’ specific exterior wraps. The 2022.2.1 update will also launch NetEase Cloud Music, adding it to drivers’ QQ Music option.

The Spring Festival update will introduce a few improvements as well, namely to the navigation system and the Bilibili app. The 2022.2.1 update also allows drivers to save dashcam clips directly from the touchscreen.

TeslaMic launches in China with KTV function in 2022.2.1 update