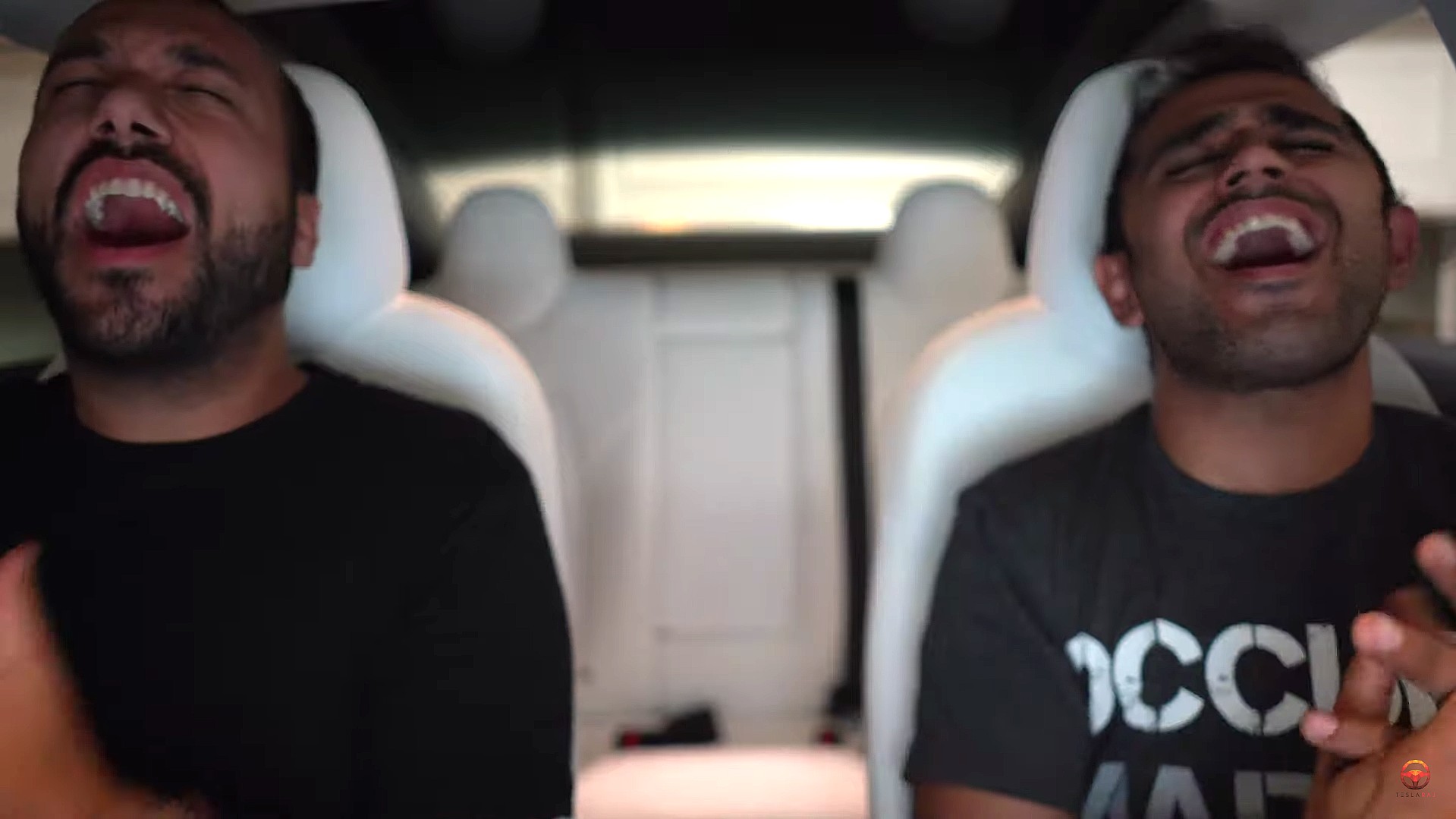 Tesla’s V10 update is filled with new features, and a number of them are designed to enhance a car’s fun factor. From Netflix and YouTube streaming through Tesla Theater to a cool new run and gun game in the form of Cuphead, the electric car maker appears to be making a serious push towards making its vehicles as enjoyable as possible.

Perhaps one of V10’s features that will likely be a bonafide boredom killer is Caraoke, which, as the name suggests, turns a Tesla into a giant karaoke machine when it’s on Park. Teslarati‘s own Arash Malek and owner-enthusiast Tesla Raj checked out this new feature (among others), to get a pretty in-depth look at some of its cool functions.

True to its namesake, Caraoke allows a car’s occupants to sing along to a curated list of tracks whose lyrics are displayed on the screen, provided that a vehicle is on Park. Footage taken of the feature in action reveals that Caraoke allows songs to play either as a minus one track, or with full lyrics on.

Caraoke also features several cool categories, from Disney tunes (a sure hit for kids or kids-at-heart), and Duets, a list of songs that are intended to be sung by two people. Several charts are available, which arranges tracks according to genre, decade, or language, among others.

A look at the feature in action reveals that Tesla’s Caraoke is powered by Stingray Karaoke, a web-based service that was borne from the acquisition of Soundchoice by Stingray Digital. Stingray Karaoke’s official website notes that it currently has over 10,000 tracks, with new ones being added every week.

With Caraoke and V10’s other fun features loaded on vehicles, it will be pretty difficult to have a boring drive in a Tesla. This is especially true for Supercharging sessions, which are only bound to get shorter with the rollout of the company’s V3 chargers. V3 chargers are capable of charging a Model 3 at 250 kW or 1,000 miles per hour, which translates to charging sessions that are only around 15 minutes long. That’s just worth 3-4 Caraoke tracks, short run on Cuphead, or half an episode of a TV series on Netflix.

When Elon Musk was featured in the Joe Rogan Experience podcast, he remarked that Teslas are arguably the most fun things people can buy. Musk stated that he believes Teslas are more than just cars; instead, they are machines that maximize enjoyment. “I think a Tesla is the most fun thing you could possibly ever buy. It’s not a car, it’s a thing to maximize enjoyment,” he said.

As our very own Arash Malek and Tesla Raj figured, this is indeed the case.