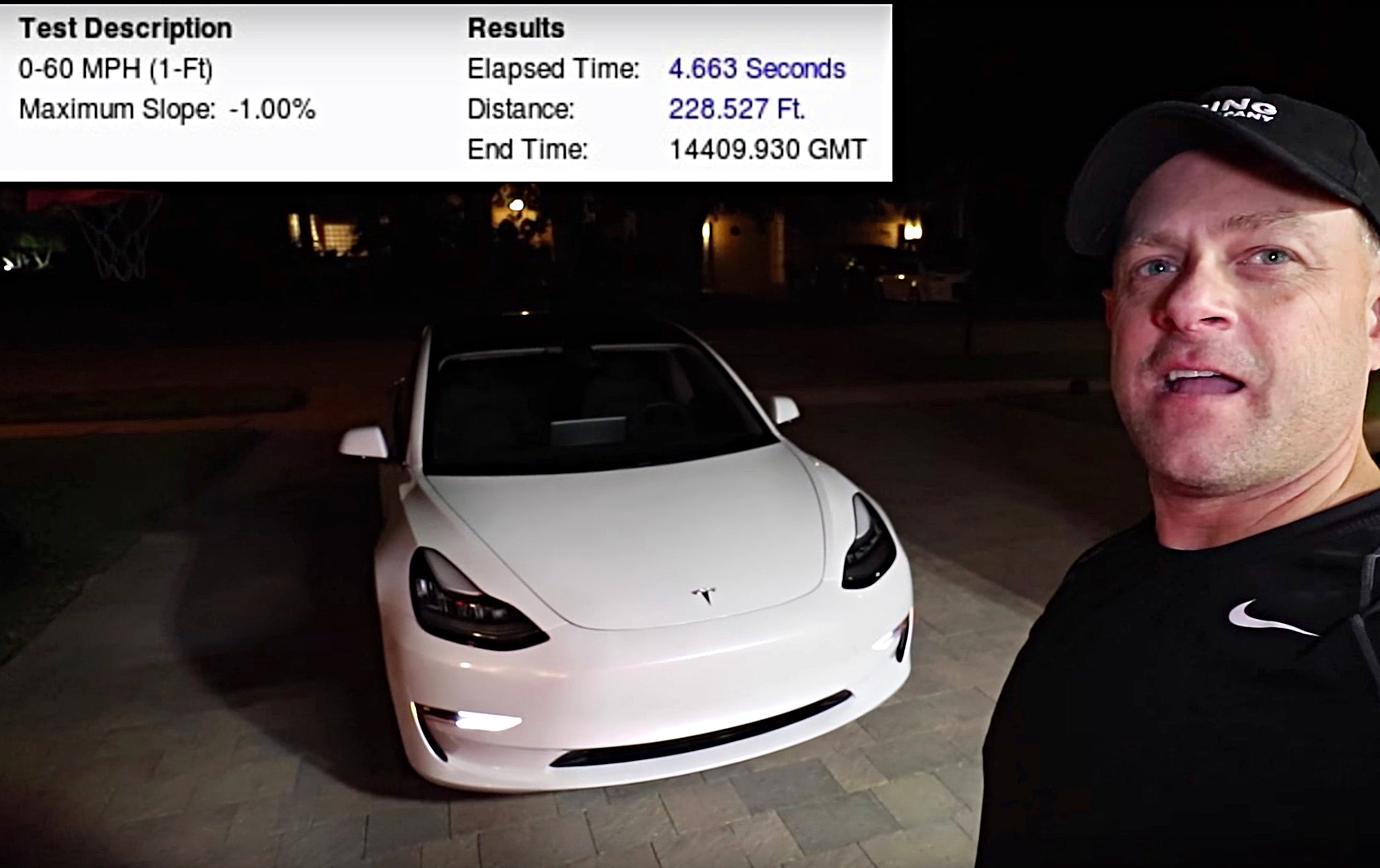 When Tesla launched the Model 3, the electric carmaker stated that its affordable compact vehicle is capable of hitting 60 mph from a standstill in 5.1-5.6 seconds, depending on its version. Recently, Brooks of YouTube’s famed DragTimes channel managed to test the real 0-60 and 1/4-mile performance of the Long Range Model 3 with rear-wheel drive. True to form, Tesla’s official performance numbers for Model 3 may have been understated.

Model 3’s 0-60 mph performance is particularly notable, especially since the performance figures are relatively close to the numbers of the Model S 75. It is also worth noting that the Model 3 tested by DragTimes was the long-range RWD version of the vehicle.

Considering that Tesla is yet to release its dual motor AWD, Performance variant, and possibly even a Ludicrous version of the Model 3, the impressive numbers that DragTimes was able to achieve might only be the tip of the iceberg when it comes to the full capabilities of the Model 3.

It is no secret that Tesla has been anti-selling the Model 3 for a while now. As the demand for the mass market electric sedan became evident, Tesla CEO Elon Musk did not waste any time asserting that the Model S, the company’s flagship luxury sedan, was still a far superior car than the Model 3, both in features and in raw performance.

In Tesla’s compare page for the two vehicles alone, the California-based electric carmaker specifically highlighted the difference between the speed of the Model S and the Model 3, especially regarding 0-60 mph times. According to the carmaker’s official estimates, the most basic version of the Model S, the 75D, can hit 60 mph in 4.2 seconds. The fastest Model 3, on the other hand, would reach the same speed in 5.1 seconds.

Tesla is currently ramping up the production of the Model 3, with the California-based electric carmaker recently adjusting its production guidance of 5,000 units per week at the end of the first quarter to, now, the end of the second quarter. The AWD version of the vehicle is expected to be released in the second half of 2018.