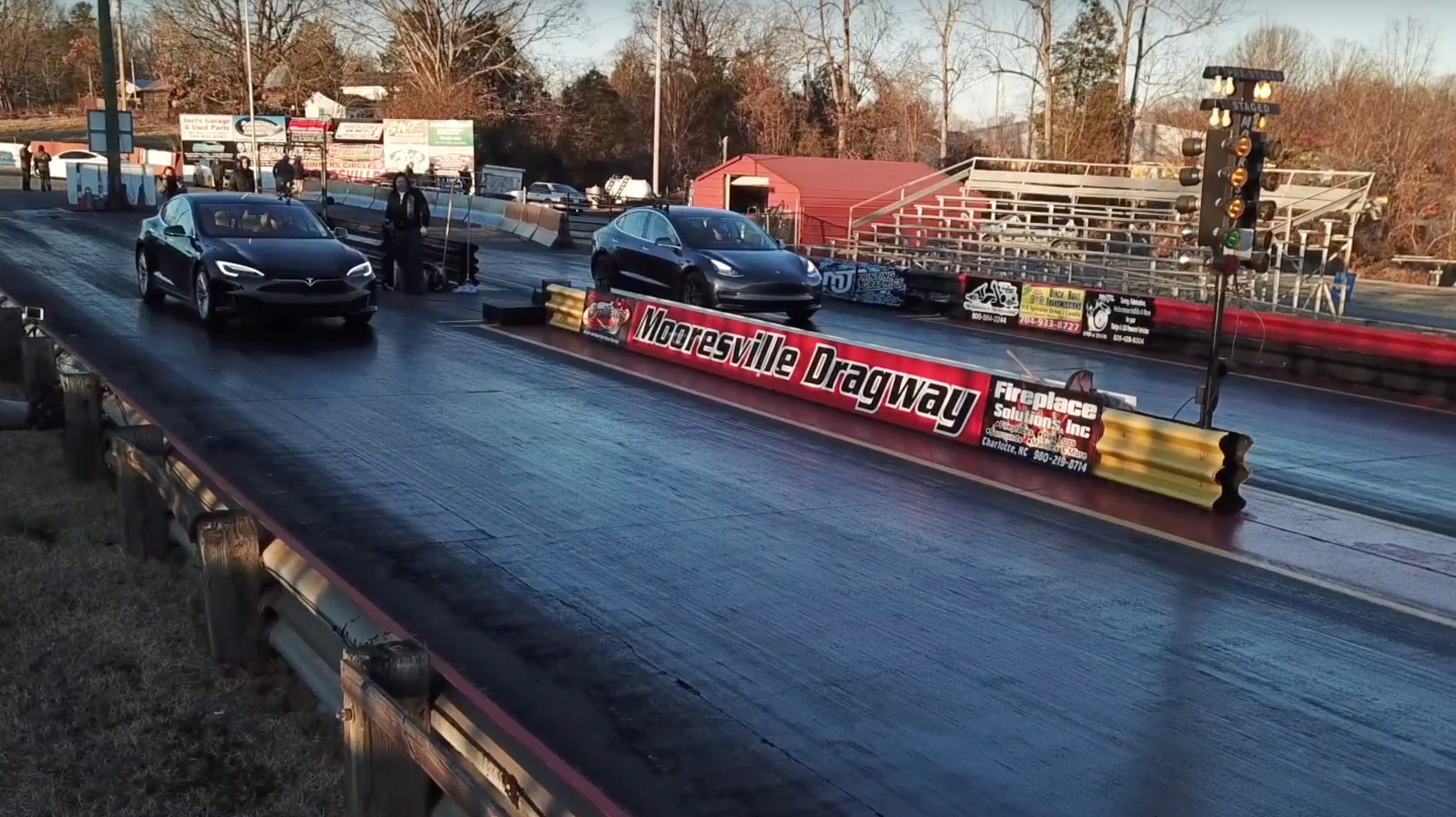 Brian Jenkins, the Tesla owner who built his own ‘Urban Supercharger’ for his garage, has filmed a video of a Tesla Model 3 drag racing his Model S 75D and a heavily modified Model S P100D.

During the Model 3 and Model S P75D’s bout, the smaller mass market electric car could be seen maintaining a steady distance against its larger, more powerful sibling. Not surprisingly, the more powerful Model S 75D won the race, but the Model 3 exceeded expectations, hitting 60 mph in 4.9 seconds. 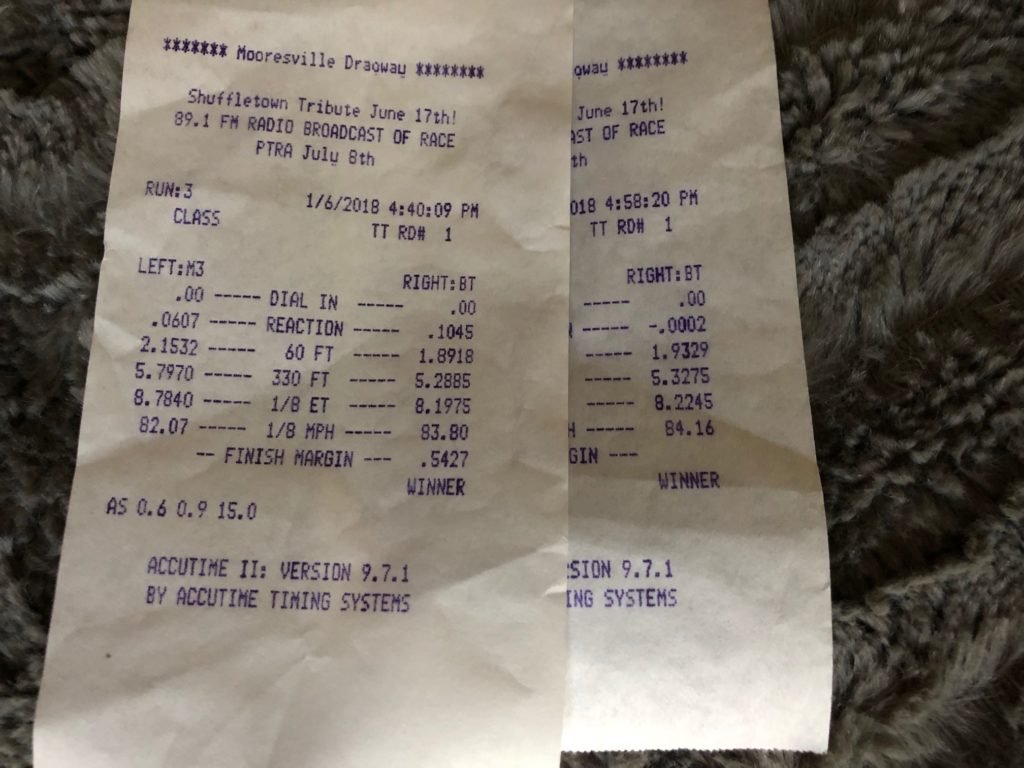 Jenkins shared the following time slips from the Model 3 vs. Model S 75D drag race battle. One can see that the black Model S (labeled “BT” on the time slip) gets the initial jump off the line, but finishes the 1/8th-mile track with a similar trap speed as the Model 3 at 83.80 mph and 82.07 mph, respectively. The dual motor Model S also eclipsed the finish line a little more than a half-second quicker than the Model 3.

Tesla’s Long Range Model 3 is currently being produced in a single motor, rear-wheel drive  configuration. While the vehicle has a curb weight that’s 1,000 pounds lighter than the larger Model S, Tesla’s flagship sedan is outfitted with dual electric motors and has all-wheel drive, making for better traction and quicker acceleration.

The Model 3’s next bout was against a far more formidable opponent — Tesla Racing Channel’s gutted P100D. TRC’s Model S P100D is quite unique since the owner of the vehicle has gutted the entire interior of the full-sized luxury sedan, stripping over 500 pounds from the car’s original weight.

Considering the racing experience of Tesla Racing Channel’s world record-setting Model S P100D, the results of the Model 3’s battle against the drag strip veteran were as expected. Immediately after the race started, TRC’s gutted Model S P100D left the smaller car behind, winning the race with a significant 1.37-second difference in the 1/8th-mile.

Considering that the Model 3 is only being shipped with a long-range RWD configuration, the full potential of the mass market electric compact sedan is still unknown. The Model 3, after all, will be released with a dual-motor, performance version with Ludicrous Mode.