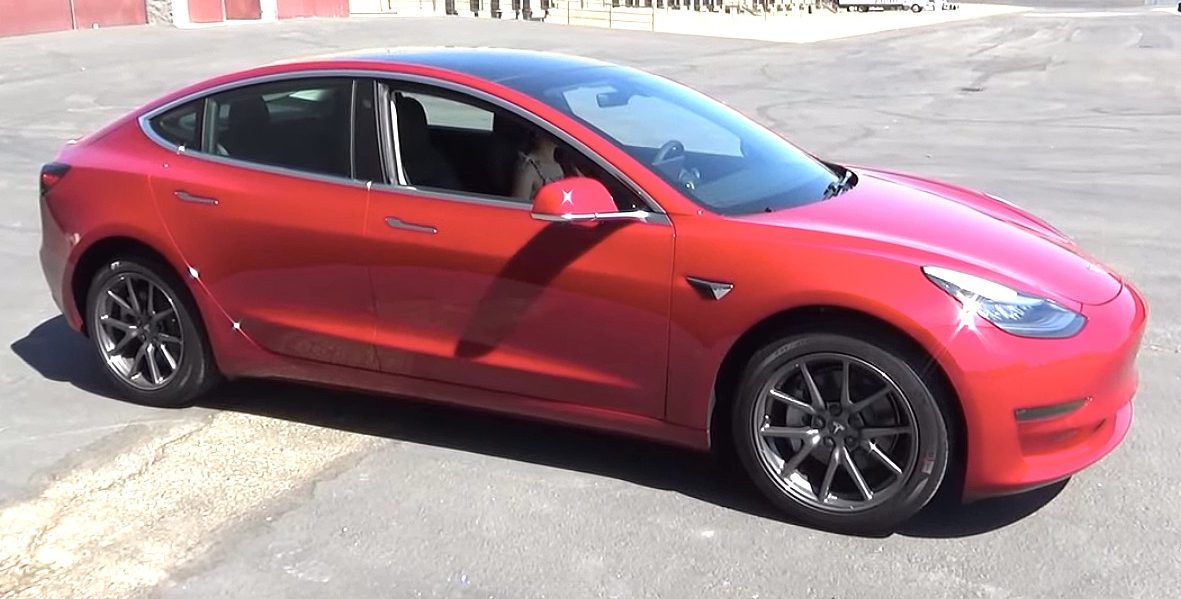 Tesla’s recently added noisemaker is beginning to get its first looks as a YouTuber recently gave an in-depth look at his Model 3 and the sounds his vehicle emits when moving forward and backward at low speed. The noisemakers have been fitted on the Silicon Valley-based company’s electric cars that were manufactured after September 1, 2019.

The mandate, set by the National Highway Transportation Safety Administration (NHTSA), was mainly put into place in order to keep pedestrians safe. The NHTSA passed the Pedestrian Safety Enhancement Act of 2010, making it mandatory for electric vehicle manufacturers to install noisemakers in their vehicles by September 1, 2020. Tesla has installed the speaker into its vehicles a full year before it is required. The addition of the noisemakers was first reported by Trevor Page of Tesla Owners Online, who received word of them from a Tesla technician.

BREAKING: @Tesla technician informs me that all #Model3s built since 9/1 have a pedestrian warning speaker installed that emits noise below 19 mph while in forward and while in reverse.

The noisemaker will affect the Model 3, Model S and Model X and will be activated when a vehicle is traveling between 0 and 19 miles per hour, as electric cars emit little to no sound when moving at those speeds. It will be capable of two separate noises, one for forward and one for reverse.

Tesla owner-enthusiast RyanVision uploaded a video showing his Red Multi-Coat Model 3 emitting both noises, which gets louder as the speed of the vehicle increases. Based on the footage of the Model 3, the noise when the car is driving forward seems very similar to pink noise, or at least the sound of an aircraft flying overhead. The sound for reverse, on the other hand, is quite futuristic. There will likely be no confusion between the two noises and pedestrians will be able to differentiate between whether the approaching vehicle is moving forward or backward.

The NHTSA decided noisemakers needed to be added to electric vehicles after an October 2009 report stated that blind pedestrians were at higher risk for injury when around quieter vehicles. They anticipate that the addition of noisemakers will prevent between $250M and $320M in damages and save the lives of countless pedestrians.

Tesla’s vehicles are already known as some of the safest vehicles for drivers and passengers. The Model 3 recently received a 5-star safety rating in separate crash tests from the IIHS, NHTSA and ANCAP. The addition of noisemakers to its vehicles will ensure that those not within the vehicle are also safe.

Watch RyanVision‘s video of the Tesla Model 3 noisemakers below: