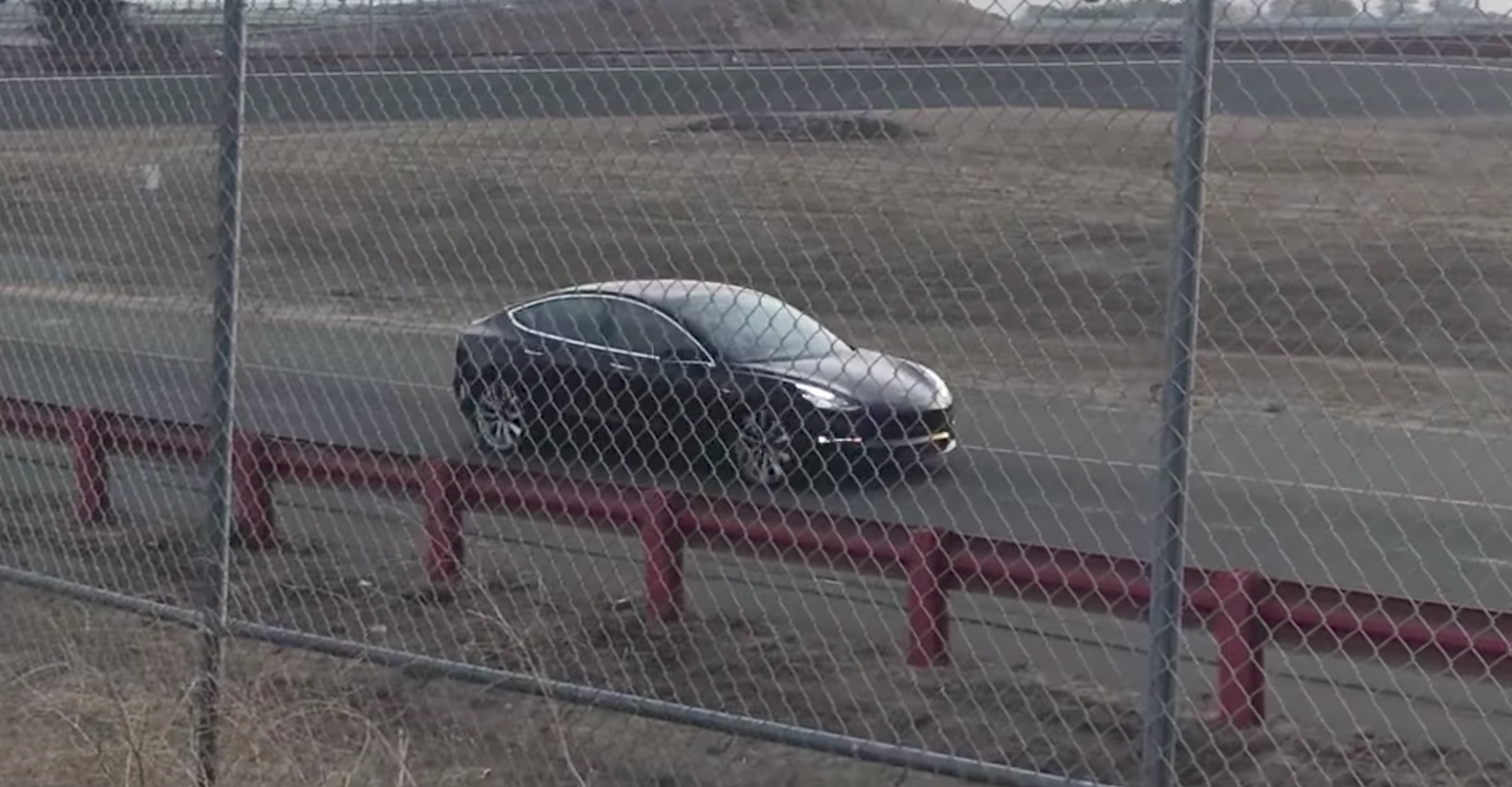 Is this a Tesla Model 3 Performance version spied testing at the Fremont factory?

A Tesla Model 3 rumored to be a performance version with dual motors was spied testing at the company’s Fremont factory test track.

A video posted onto YouTube by the Model 3 Owners Club shows a black Model 3 coming off of the track bank and then performing a spirited acceleration test from a standstill. While it’s unconfirmed if the vehicle in the video is a single motor, rear-wheel drive production unit or a prototype of the performance version which isn’t slated for production until mid-2018, the red brake calipers and seemingly quicker acceleration suggests that we might be seeing a performance variant. It’s worth noting that Tesla has traditionally reserved red brake calipers for performance versions of the Model S and Model X.

Probably middle of next year. Focus now is on getting out of Model 3 production hell. More versions = deeper in hell.

The current version of Model 3 being produced uses a single electric motor that’s mounted between the rear wheels. Tesla claims a 0-60 mph performance of 5.1 seconds for the Long Range Model 3 with larger battery while the dual motor performance version is expected to substantially quicker.

It’s difficult to tell if the Model 3 in the video is accelerating a lot quicker than a current production unit, but based on the sound of the electric motor and reports that other Model 3 vehicles that were spotted testing on the track appeared noticeably slower, and one could presume that Tesla may have in fact been testing a Model 3 Performance version.

You be the judge. Are we seeing a dual motor Model 3 “P” in the video?

Is this a Tesla Model 3 Performance version spied testing at the Fremont factory?