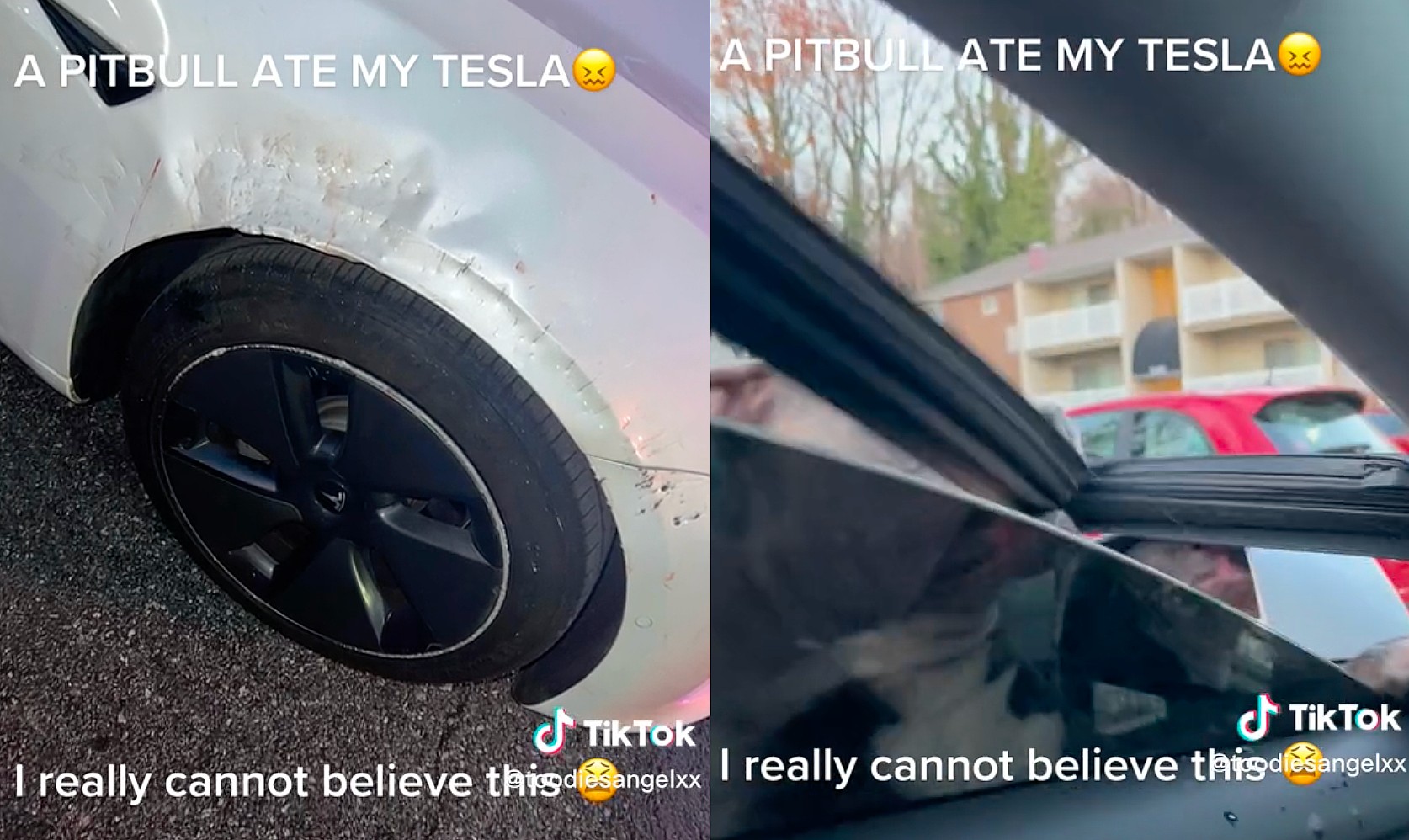 Among the Tesla attacks that have been reported over the years, this is definitely one of the strangest. As noted by a Tesla owner in TikTok, her Model 3 was attacked by a pit bull, which resulted in the all-electric sedan coming out of the ordeal with numerous dents, scratches, and some damaged weather stripping.

Tesla owner Liv, who goes by the username @toodiesangelxx on TikTok, shared a short video of her Model 3 being attacked by a pit bull while she and her dog were inside the car. The video posted on TikTok was only about half a minute long, but it showed the dog biting hard into the Model 3’s panels and ripping off the weather stripping in the driver’s side door. The dog did not seem overly violent, but its mouth already seemed like it was bleeding when it was by the driver’s side window.

As far as Model 3 attacks go, this is definitely left field. Even the Model 3 owner thought so, noting “I couldn’t believe him eating my car” in her post. The Tesla owner later shared more details about the incident. “The attack started outside because he didn’t have the collar on. I was able to run to my car with my dog and close the door, but he got my window before I could get it up,” the Tesla owner noted.

In later comments to the media, the Tesla owner noted that the pit bull had actually scratched her on the back. Between her and her Model 3, however, the all-electric sedan came out of the ordeal much worse.

The Model 3 owner’s ordeal has proven quite popular among users of the social media platform. As of writing, the video of the attack has garnered 7.5 million views on TikTok. A video providing more details about the attack also received 2.9 million views.

Fortunately, the story appears to have a semi-pleasant ending. As per media reports, the pit bull’s owner actually offered to cover the Model 3 owner’s medical bills, as well as the cost of repairing the vehicle. Considering the typical wait times associated with Tesla repairs, however, it would not be too surprising if the Model 3 owner ends up living with her damaged car for quite a bit before it gets fixed.