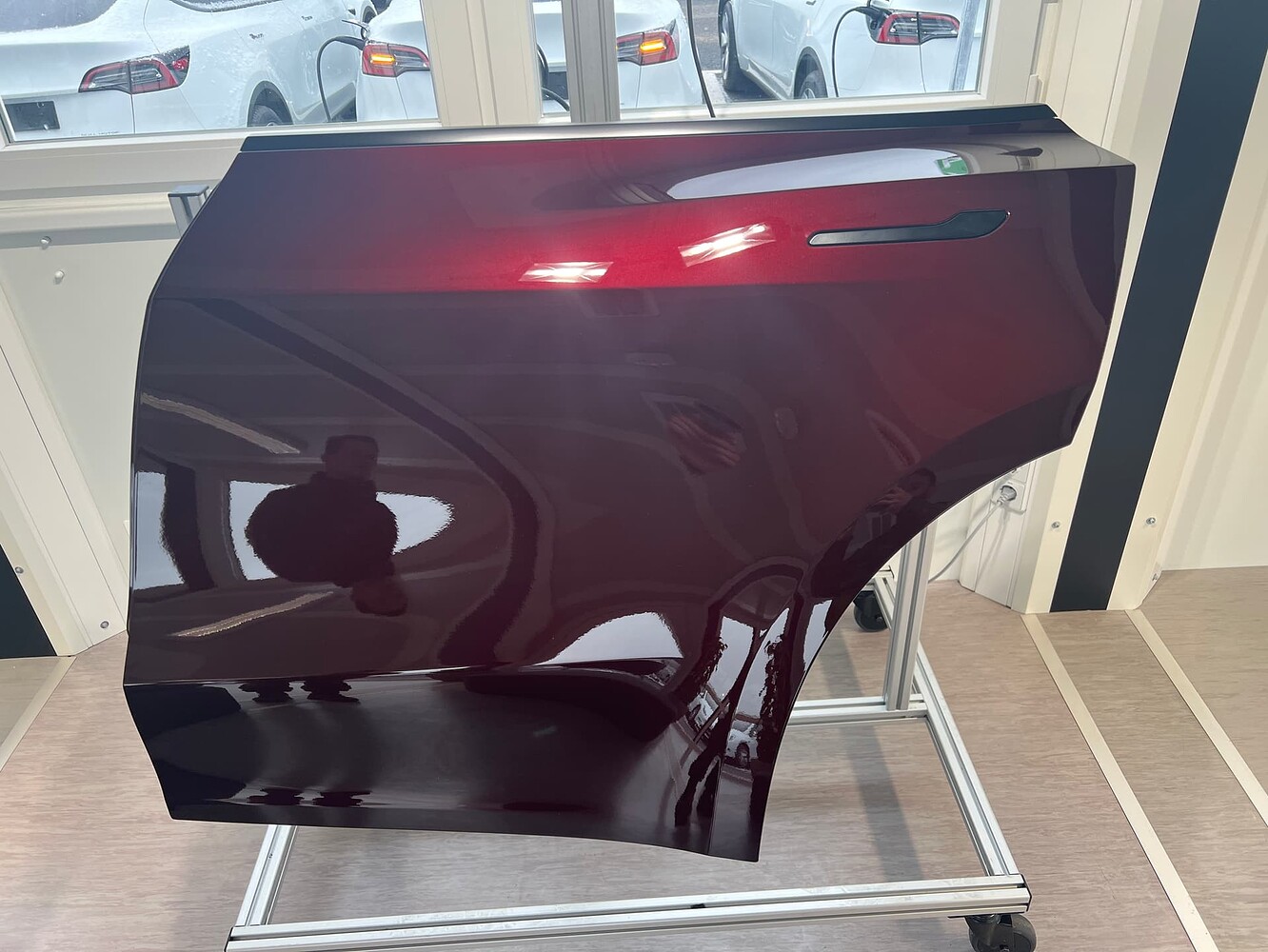 It seems like Elon Musk was not joking when he commented that the paint options that will be offered at Gigafactory Berlin-Brandenburg would be special. This seems especially true for Midnight Cherry Red, an exclusive color for Model Y units produced in the Germany-based electric vehicle production facility.

Tesla formally announced the launch of Giga Berlin’s Quicksilver and Midnight Cherry Red paint options in October. And while the two paint colors were among the most expensive at €3,000 and €3,200, respectively, they were widely appreciated by the EV community. Musk, after all, has noted in the past that Giga Berlin would be able to create paint options with “more layers of stunning colors that subtly change with curvature.”

A photo uploaded by a Model Y customer who took delivery of the all-electric crossover in Giga Berlin-Brandenburg suggests that Musk’s previous comments were on point. The photo, which features a Model Y door painted with a sample of Midnight Cherry Red paint, was recently posted by TFF Forum member Benny0711.

The TFF Forum member noted in later comments that Tesla’s Midnight Cherry Red paint really does seem like it changes depending on the lighting. As noted by the EV enthusiast, Midnight Cherry Red can look “extremely dark or brightly radiant.” Such a description aligns with Musk’s previous comments about Tesla’s next-generation paint colors. The recent photo from Giga Berlin’s sample, if any, suggests that the Germany-based facility is really fitted with the company’s most advanced paint shop yet.

Tesla Germany has been promoting and showcasing the Giga Berlin-made Model Y’s Quicksilver paint, and vehicles painted in the new color have already been spotted in the facility’s holding lots. Cars painted in Midnight Cherry Red, on the other hand, do not seem to have entered production yet. The fact that a sample of the upcoming color was featured in Giga Berlin, however, suggests that the rollout of the new paint option may be coming soon.

Tesla’s Model Y configurator for Germany shows that customers who wish to order a Model Y with Midnight Cherry Red paint would have to wait a long time before taking delivery of their vehicle. As noted in the configurator, the estimated delivery date of a Model Y painted in Midnight Cherry Red is currently listed as June 2023 to August 2023. In comparison, orders placed for Model Y units painted in Quicksilver are listed with an estimated delivery date of March 2023 to May 2023.