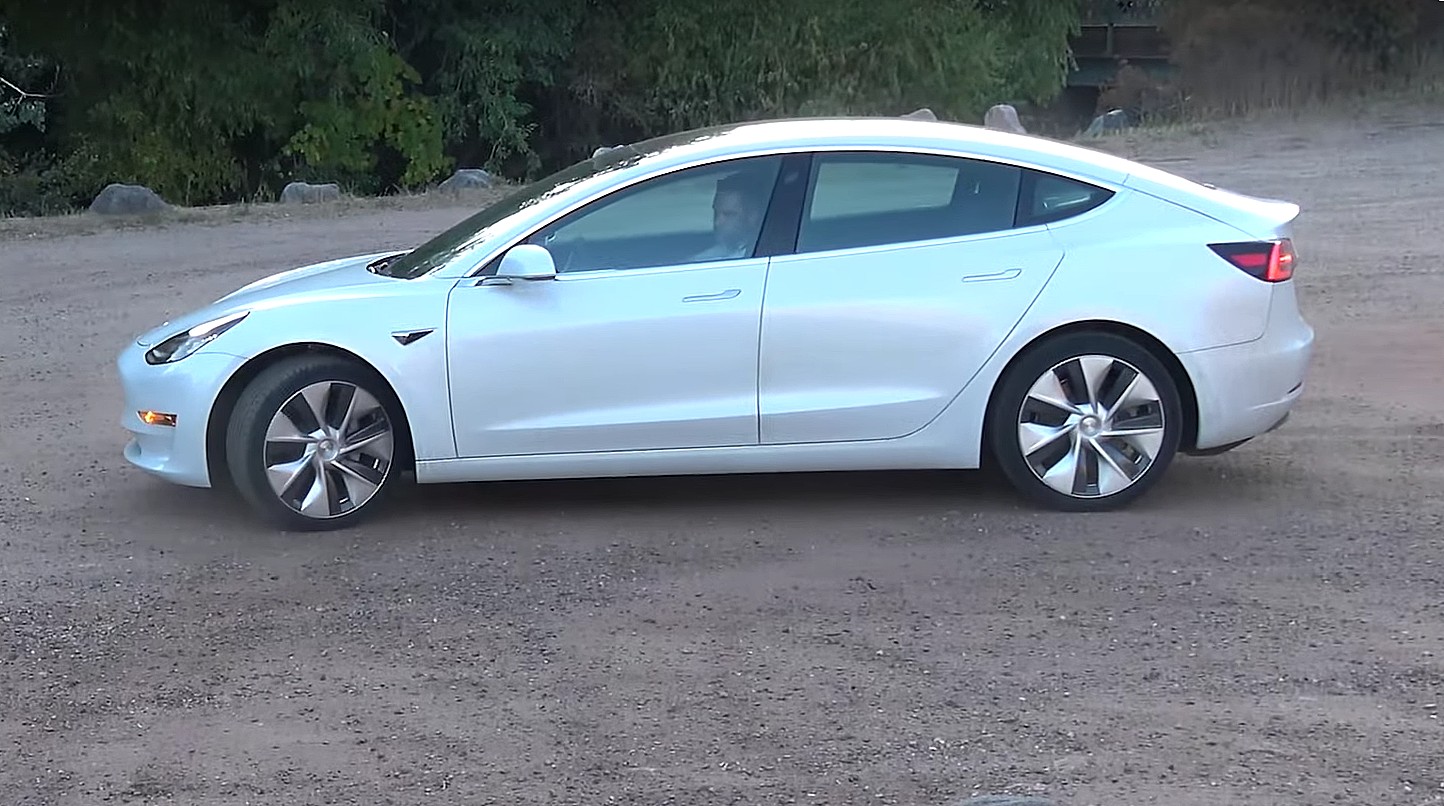 In China, this is not the case. Tesla Model 3 Performance units in the Asian economic superpower come equipped with unique 19″ Power Sports Aero Wheels. The wheels are quite similar to the default 18″ Aero Wheels that come as standard with the Model 3 in the way that they optimize range. They just happen to look way better, being larger and more aggressive.

Unfortunately for US-based customers, the 19″ Power Sports Aero Wheels are exclusive for Chinese Model 3 Performance buyers. The wheels are simply not offered on cars for the US and European markets. To acquire these rare wheels, a Tesla owner would have to purchase a set from an owner in China, then get it shipped to the United States. That takes a lot of effort, and it entails some significant shipping costs.

Tesla owner-enthusiast Erik Strait, the host of the DÆrik YouTube channel, proved up for the challenge. During a recent trip to China, the Tesla enthusiast was able to purchase a set of 19″ Power Sports Aero Wheels from a local Model 3 Performance owner. The wheels were generally in good condition, though one had a slight road rash. Rather amusingly, the Chinese Tesla owner ended up with no wheels after selling his Power Sports Aero set, as his aftermarket replacements were still in transit.

A look at the 19″ Power Sports Aero Wheels in the owner-enthusiast’s Model 3 shows that Tesla knocked it out of the park with the wheels’ design. The setup looks great, and while slightly smaller than the US-spec Model 3 Performance’s 20″ Sports Wheels, the 19″ Chinese-spec wheels give the all-electric sedan a pretty distinct look. The wheels’ OEM look, with striking silver and black tones, is particularly eye-catching.

While the Power Sports Aero Wheels are exclusive to China for now, sightings of the Model Y suggest that Tesla is looking to release the wheel option for the upcoming crossover SUV. Sightings of a likely release candidate unit around Tesla’s CA facilities featured a vehicle that seemed to have been equipped with the 19″ wheels. The white static Tesla Model Y unit in the vehicle’s unveiling seemed to have been fitted with wheels with similar designs as well.

Watch DÆrik‘s feature on the Model 3’s 19″ Power Sports Aero Wheels in the video below.