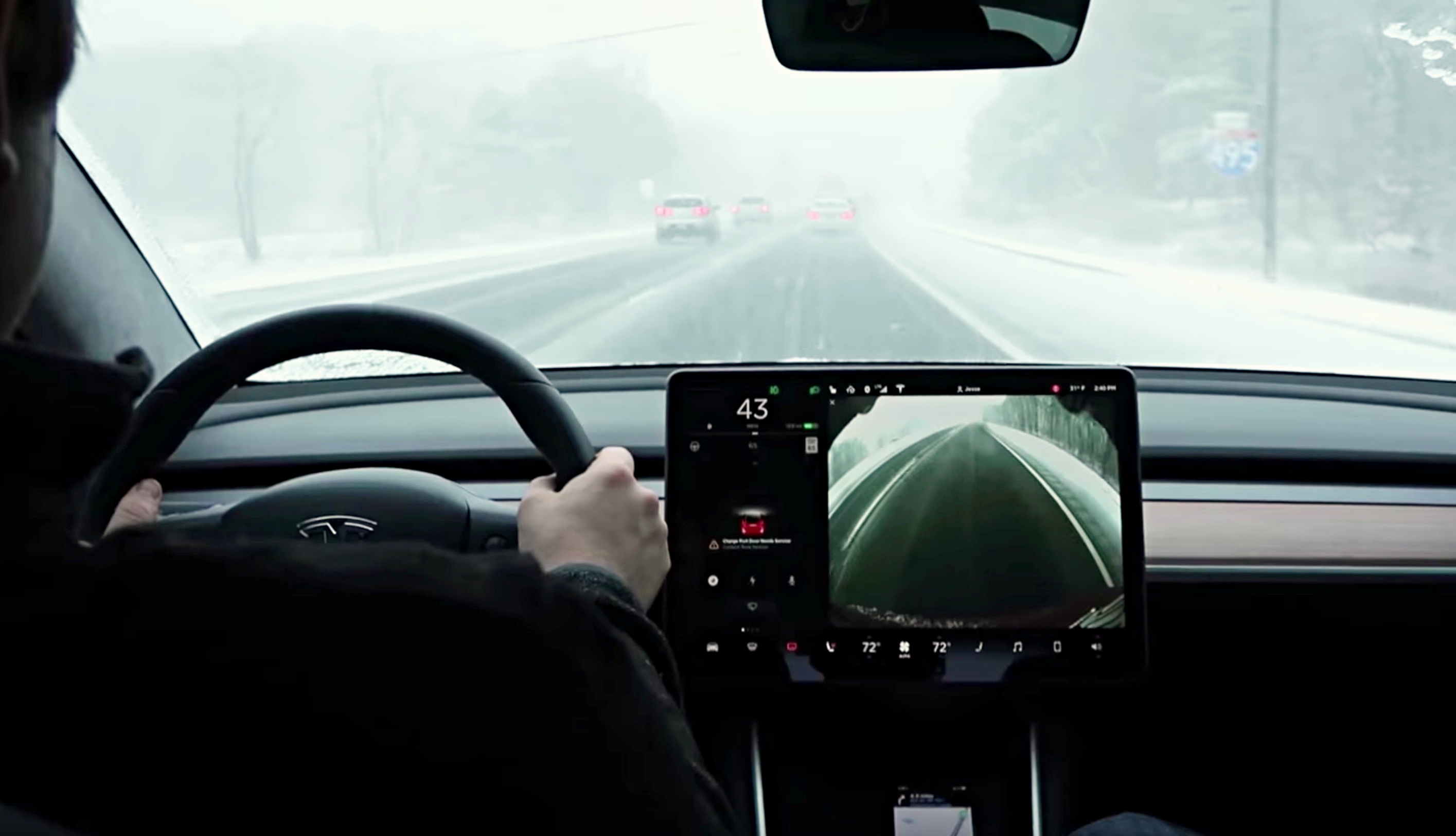 Tesla owners from around the world have managed to help the company brand its Model S and Model X vehicle as having world-class performance, both for its supercar-destroying acceleration as well as for its winter handling capabilities.

Tesla owners Zac and Jesse demonstrated Model 3’s winter handling capabilities in their latest video on the Now You Know YouTube channel. The show hosts drive through an active winter snow storm in a Model 3 that’s equipped with factory all-season tires, and at one point even activate the vehicle’s Autopilot system. Despite having only a single motor and rear-wheel drive – Tesla will be producing a dual motor Model 3 with all-wheel drive around mid-2018 – the vehicle navigates the snowy roadway without encountering any difficult.

A slow-motion capture of Model 3’s rear wheels reveal a delicate dance of power limiting and power transfer to the ground, thereby allowing the driver to maintain control of the vehicle at all times. It wasn’t until the Model 3 was placed into Slip Start mode that the vehicle began to show any signs of sliding, when purposely pushed to the limits in an attempt to drift the vehicle.