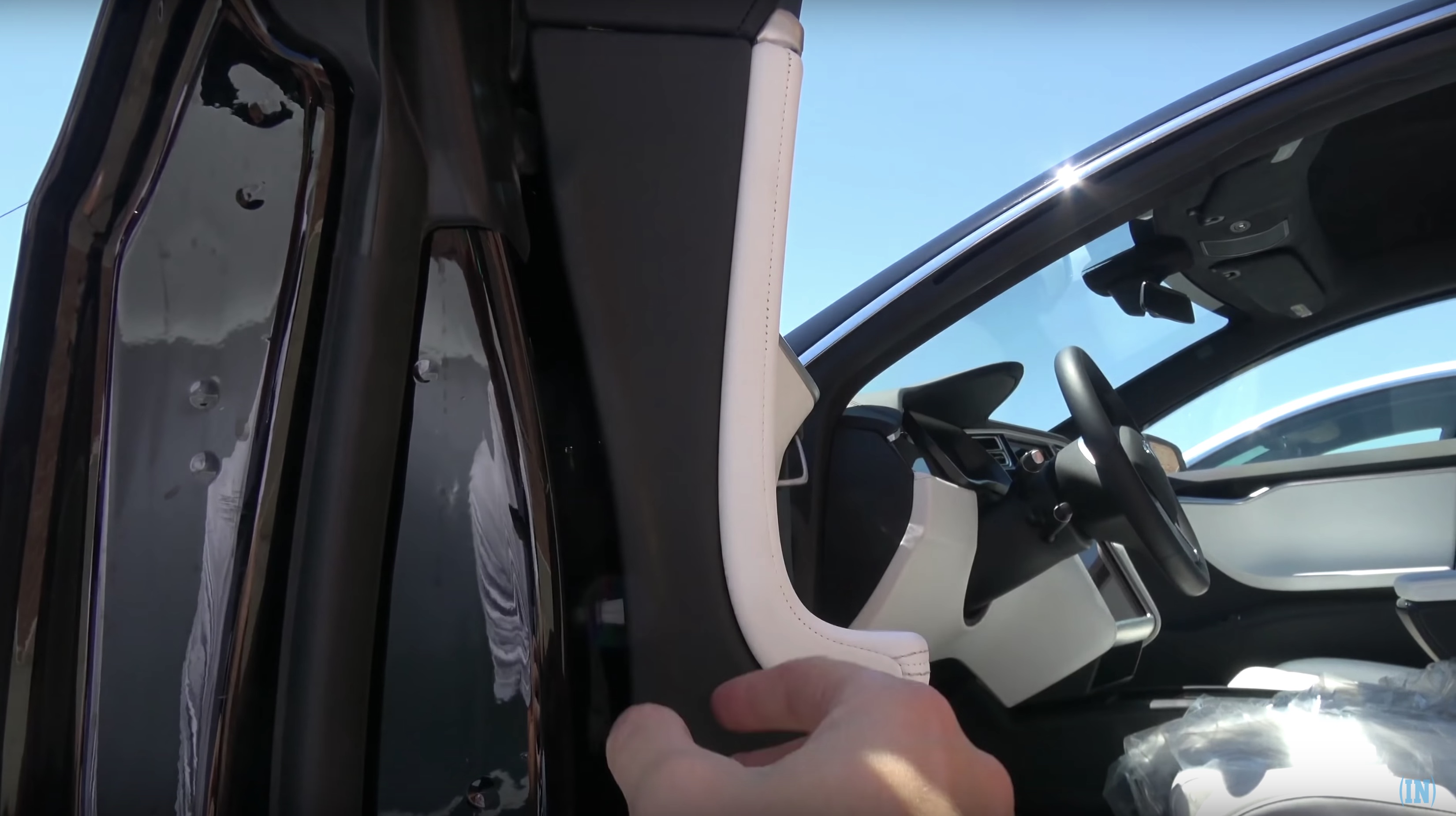 Inside a Tesla Model S P100D with bulletproof windows and armor

Bulletproof doors on a Tesla Model S P100D reinforced by Armormax [Credit: What's Inside via Youtube]

Tesla owner Dan of YouTube’s What’s Inside channel; yes, the same Dan who recently ripped open his Model X’s tires to see  what’s inside, managed to get some hands-on experience with Armormax’s bulletproof Model S. As could be seen in the Tesla owner-enthusiast’s video; it appears that Armormax’s label for the vehicle, the “Fastest Bulletproof Car in the World,” is spot-on.

The bulletproof Model S P100D is covered with a lightweight but durable laminate armor, which is around 80% lighter than conventional protective materials like ballistic steel reinforcements. Coupled with bulletproof glass, the armor added around 550 pounds to the Model S P100D. Armormax estimates that the added weight will have a negligible effect on the electric car’s performance.

As discussed by the YouTube host, Armormax’s bulletproof Model S P100D does not only have a layer of armor all around the vehicle; it also features some unique tricks to ensure its components are not impacted by the weight and size of the additional reinforcements. While the armored Model S’ windows do not roll down anymore due to its thick bulletproof glass, some of the vehicle’s features like its power liftgate remain functional. Armormax was able to do this by installing an extra arm to support the heavier liftgate; hence, tricking the Model S’ sensors into thinking that there is no extra weight at the rear.

To test if the added 550 pounds on the vehicle affects the Model S P100D’s performance, the YouTube host asked one of his friends to launch the car and see how fast it could go in a brief sprint. Over a short span of road, the bulletproof Model S was able to hit 88 mph. Dan did not indicate the actual figures of the bulletproof Model S P100D’s run, but it appeared that the electric car hit 88 mph in less than 5 seconds.

The vehicle’s Autopilot driver-assist system was also tested on the freeway, and while the car was not fully calibrated yet (the electric car only had 134 miles on it), the feature did engage, though the armored Model S P100D leaned a little bit to the left side of the road. Nevertheless, the fact that the feature could be activated suggests that the synthetic fiber laminate armor does not, in any way, interfere with the vehicle’s Autopilot sensors.

Armormax states that its bulletproof Model S P100D is a custom order from a businessman in the Middle East. Reinforcing the electric car took roughly 650 man-hours, and cost a total of $72,500.

Watch the bulletproof Tesla Model S P100D in action on the video below.

Inside a Tesla Model S P100D with bulletproof windows and armor