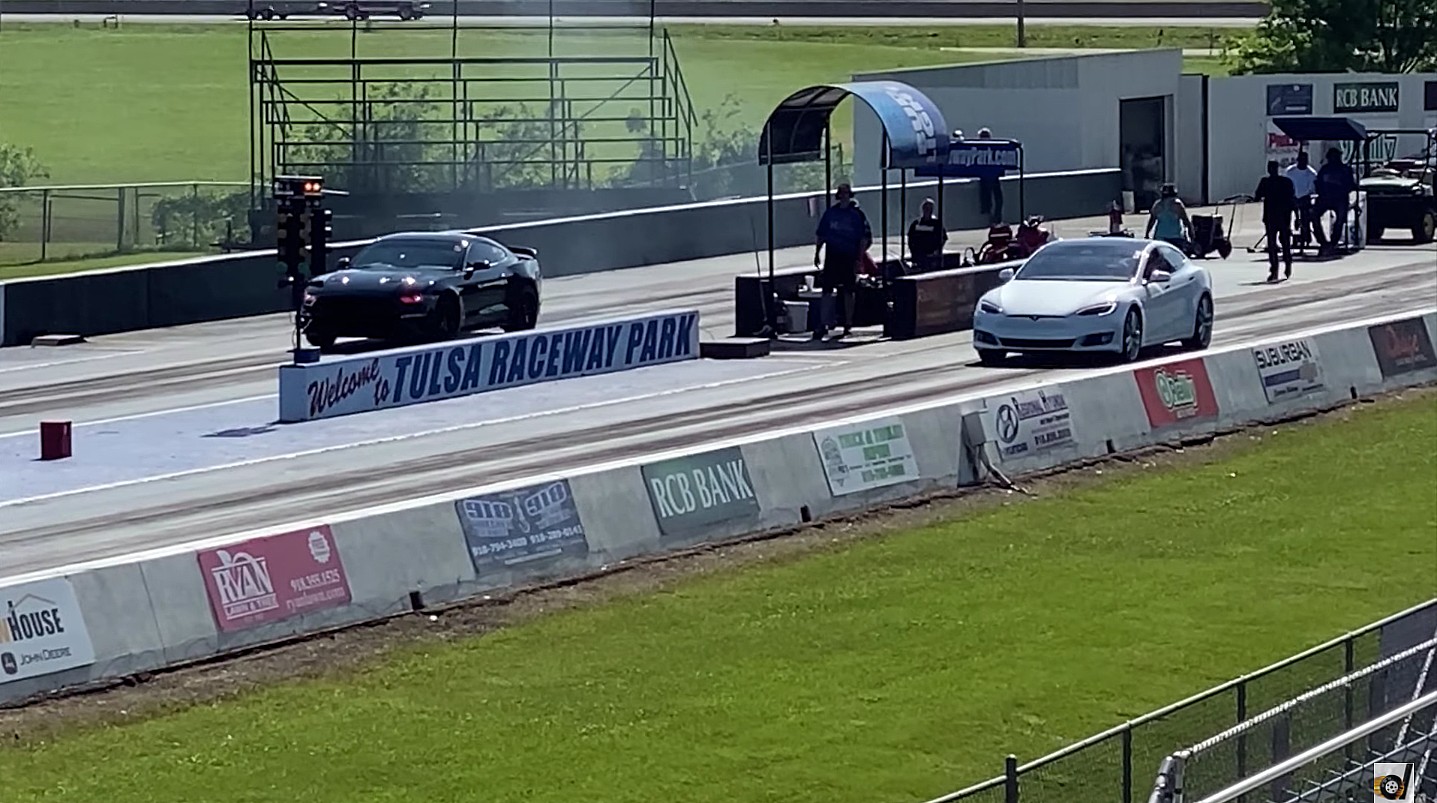 A Raven Tesla Model S Performance with the Cheetah Stance Launch Mode update has managed to set a new record on the drag strip, proving once more that the company’s over-the-air updates are an absolute game-changer. During its runs, the Model S was able to achieve new milestones for itself, while barreling through a number of muscle cars in the process.

As noted by Brooks Wesblat of YouTube’s DragTimes channel, the ongoing pandemic has made it quite difficult to formally test the capabilities of the Model S Performance after it received the Cheetah Stance Launch Mode update. Fortunately, a drag strip in the Tulsa, Oklahoma, has been allowed to reopen, presenting an opportunity to test the capabilities of Tesla’s updated flagship sedan once and for all.

The Model S in question, which belongs to Robert from YouTube’s Everything-Electric, was pretty much stock, though it’s equipped with the electric car maker’s lightweight Arachnid Wheels. The vehicle’s battery was also charged over 90% for its runs, ensuring that the Model S will be able to perform as well as it could during its tests. A series of the Model S’ runs with its Cheetah Stance Launch Mode was shared, and each one proved impressive.

Right out of the bat, it became evident that the Model S Performance was faster with its new launch mode update. The vehicle was able to complete the quarter mile in 10.45 seconds and a trap speed of 126.25 mph. Thats’s mighty impressive, and very much comparable to the results of the Porsche Taycan Turbo S, a vehicle that’s born and bred for the track.

Interestingly enough, the Model S actually faced a number of muscle cars during its Cheetah Stance Launch Mode tests. And as fate would have it, each one of the muscle cars fell against the all-electric flagship sedan. The last one, which appeared to a modded Ford Mustang, actually got a huge headstart in its race against the Model S, but even that was not enough as the Tesla just ended up overtaking the vehicle before the quarter-mile mark.

The Cheetah Stance Launch Mode is designed to improve the performance of the Model S and Model X. During a previous informal test with a Porsche Taycan Turbo S, the Model S was able to match the German made flagship, ultimately making the results of a race between the two cars dependent on the skills of the driver. But now with a quarter mile time of 10.45 seconds and a trap speed of 126.25 mph, the Model S Performance seems to be well prepared to meet the Porsche Taycan Turbo S on the drag strip anytime, anywhere.