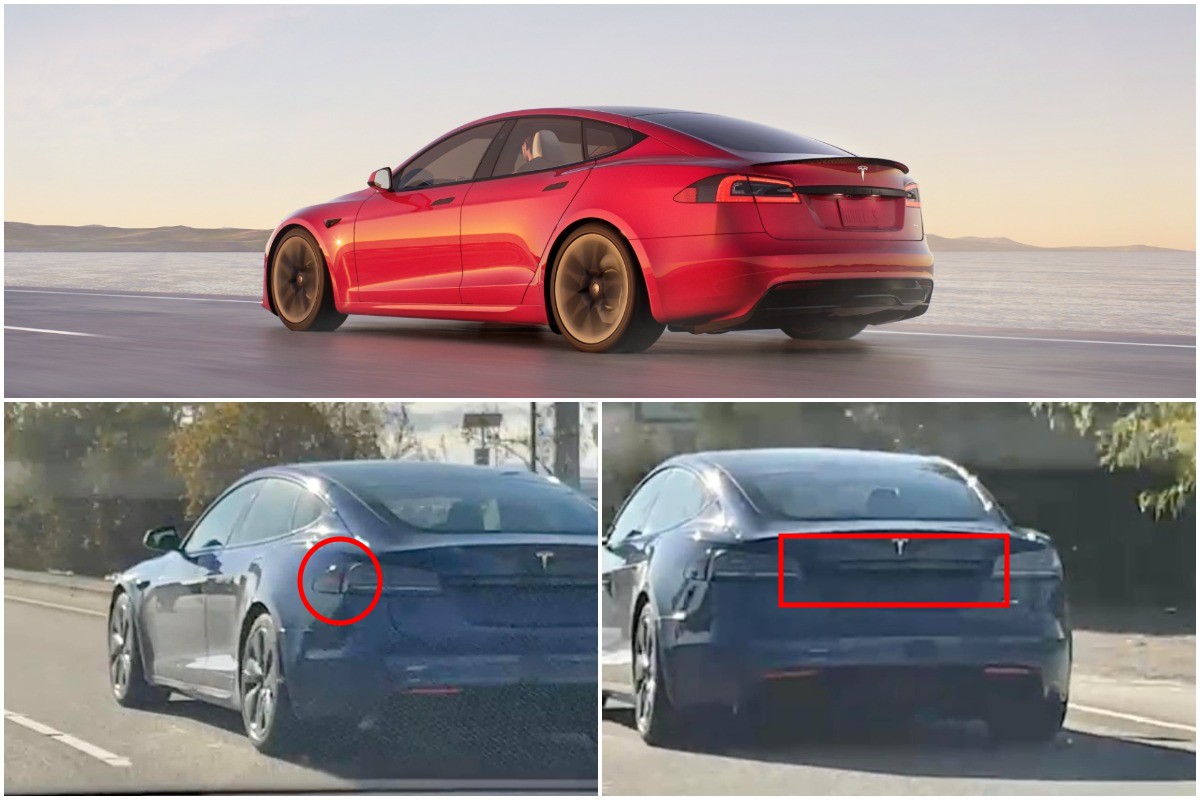 Tesla is already making revisions to the newest version of its flagship sedan, the Model S. Eyewitnesses have spotted a ‘Refreshed’ version of the 2022 Model S Plaid, which was just redesigned in late 2020 and early 2021, to include a new taillight design and a revised charging door that is similar to that of the Model 3 and Model Y.

Last week, the Tesla Cybertruck was spotted on the Fremont Factory’s test track sporting several new changes. However, a slightly revised version of the Model S was also spotted in the video, but not much was made of it due to the overwhelming hype of the all-electric truck running spirited laps at the test track. Now, Tesla seems to be testing the new Model S design in public on roads. A Facebook user named Udara G (via Sawyer Merritt) posted several photographs of the new Model S design driving around, and there are several notable changes.

Currently, the Model S Plaid has a taillight design that has a black bar spanning across the width of the trunk. This black bar actually goes into the taillights on the current design. The new design does not feature the black bar in the taillights, as the trip piece stops at the inner-most edges of each taillight.

The charging port design on the Model S Plaid has also been redesigned. Previous versions of the vehicle featured a small door opening for the charging port. However, the new design is more along the lines of the Model 3 and Model Y, as it is larger and appears to almost look like an inverted version of the port door on the 3 and Y.

Speculation as to why Tesla would do this seems to point toward the fact that the Model S Plaid needs a CCS-compatible design for when it launches vehicles in markets that utilize this charge port, including Europe, where EVs are highly popular.