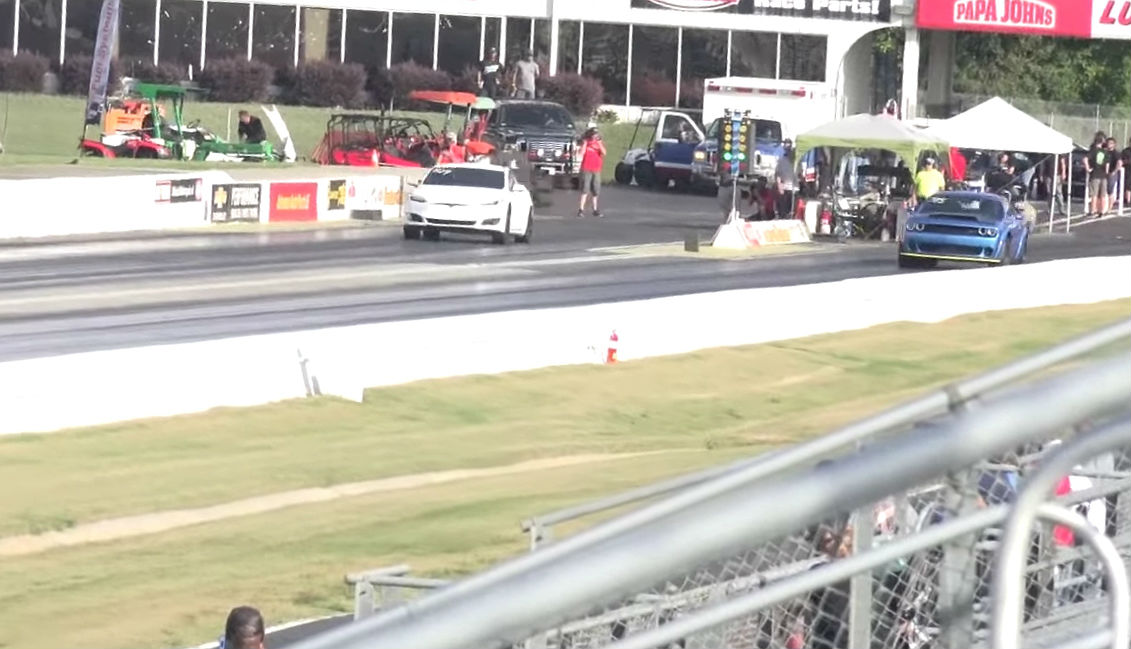 There is something satisfying about seeing two incredibly powerful cars taking on each other at the drag strip. In the case of the Tesla Model S P100D and the Dodge Challenger SRT Demon, any battle involving these two vehicles are always bound to be compelling. This is because the two vehicles have quite a lot of history between them.

Back in February 2017, auto publication Motor Trend crowned the Tesla Model S P100D with Ludicrous Mode as the first production car that was able to break the 2.3-second barrier. In the publication’s test, the all-electric family sedan was able to hit the 60 mph mark in precisely 2.275507139 seconds. A few months after this, Dodge took the wraps off its premier muscle car, the Dodge Challenger SRT Demon, a vehicle designed to dominate the drag strip completely. During the Demon’s unveiling, Dodge executives noted that the 840-hp monster (808 hp without 100 octane racing fuel) would be quicker from 0-60 than the Tesla Model S P100D. Dodge also revealed the Demon’s performance results in the quarter-mile, and they were nothing short of incredible. Zero to 60 in 2.1 seconds, 0-100 mph in 5.1 seconds, and a quarter-mile time of 9.65 seconds at 140 mph.

As later bouts with the Model S P100D would later show, pulling out all the potential of the Dodge Demon takes a very skilled driver and a particular set of conditions. This was evident during Dodge’s 2.1-second 0-60 run, which was conducted on a regulation drag strip that was coated with sticky resin. This gave the monster muscle car extra grip, preventing it from spinning out and losing precious milliseconds. Motor Trend‘s test of the P100D, on the other hand, was conducted on regular dry asphalt.

Tesla Racing Channel has been around for a while, at one point even racing with a gutted Model S P100D, which was able to stand toe-to-toe even with the most extreme fossil fuel-powered drag cars. This time around, though, the veteran electric racer took a stock Model S P100D to the track, to see how well it does on bracket racing. Bracket Racing is a form of drag racing that places a premium on the consistency of the driver and car’s performance. To win in Bracket Races, drivers need to excel in reaction times, as well as hitting the finish line as close to their dial-in time as possible. In the case of Model S P100D and the Dodge Demon, the drivers opted for a dial-in time of 11.0 seconds. 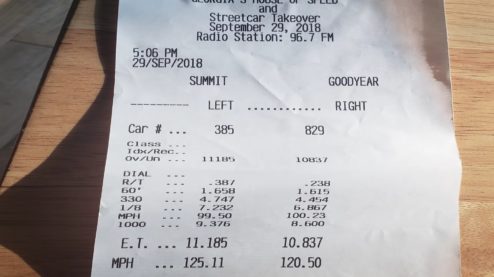 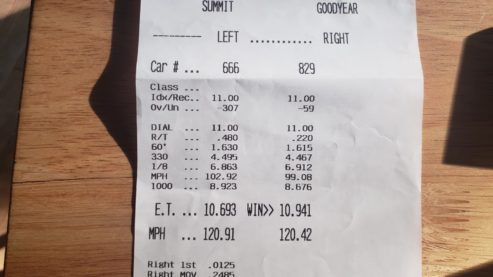 Overall, the Model S P100D’s recent races with the twin Dodge Demons exhibited just how quick and consistent Tesla’s electric cars are in terms of their performance. With an experienced driver behind the wheel, even Tesla’s family sedan becomes a monster of its own on the drag strip – one that takes a perfect set of conditions and a perfect setup to beat.

Watch Tesla Racing Channel‘s battle with the twin Dodge Challenger SRT Demons in the video below.