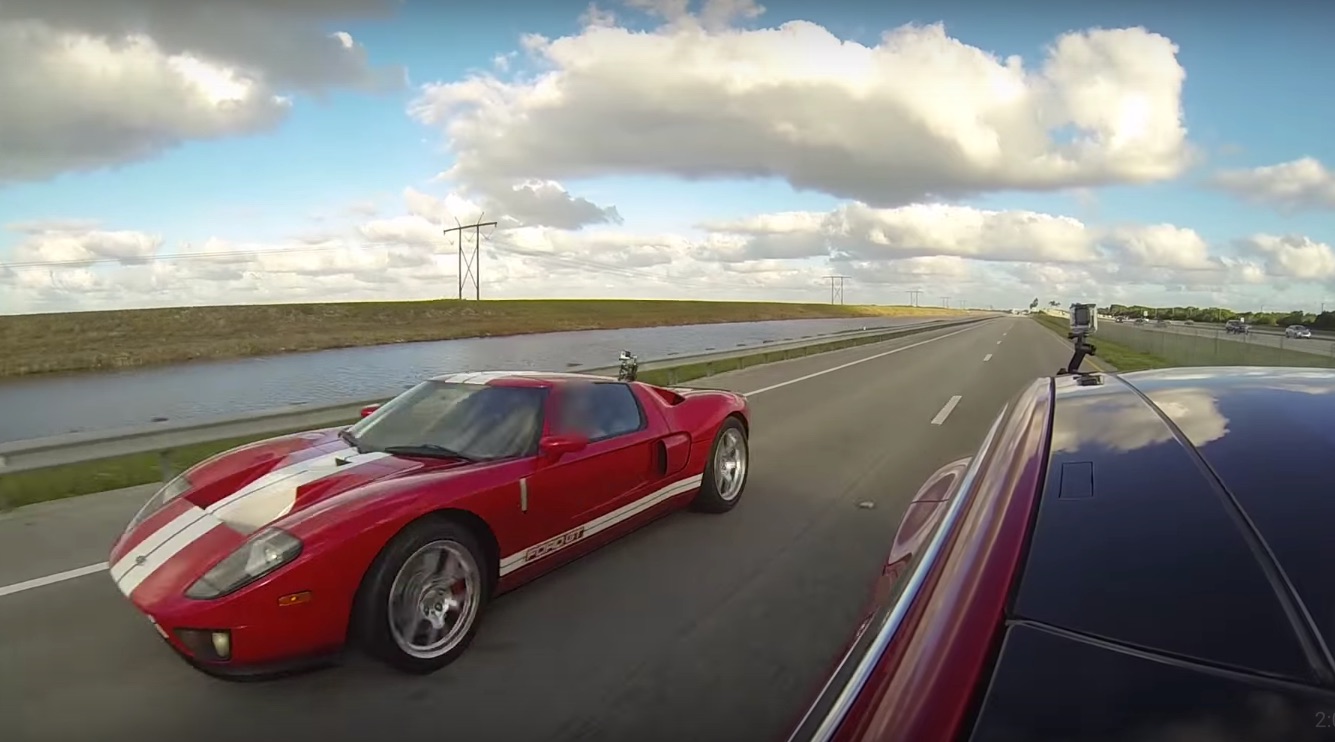 Just when you thought you’ve seen enough Tesla drag racing videos of the Insane P85D smashing just about every exotic super car from a 0-60 mph blast starting from a standstill, Drag Times is back at it this time with their new Ludicrous P90D.

By now, it’s no surprise that the instant off-the-line acceleration from the Tesla Model S electric motors and all wheel drive traction is no match for even high torque, high horsepower gas burning engines by nature of the slower process in which power is produced through internal combustion itself. We’ve seen the Insane P85D leave a 700+hp Hellcat up in smoke, leaving little surprise that an even higher powered Ludicrous P90D will hand over the same fate to a 700+ hp Ford GT.

Ludicrous mode is said to have continuous acceleration beyond 30mph when Insane mode begins to fall flat. So, how does this hold up when the drag race starts from a rolling start? Queue P90D Ludicrous vs Ford GT.