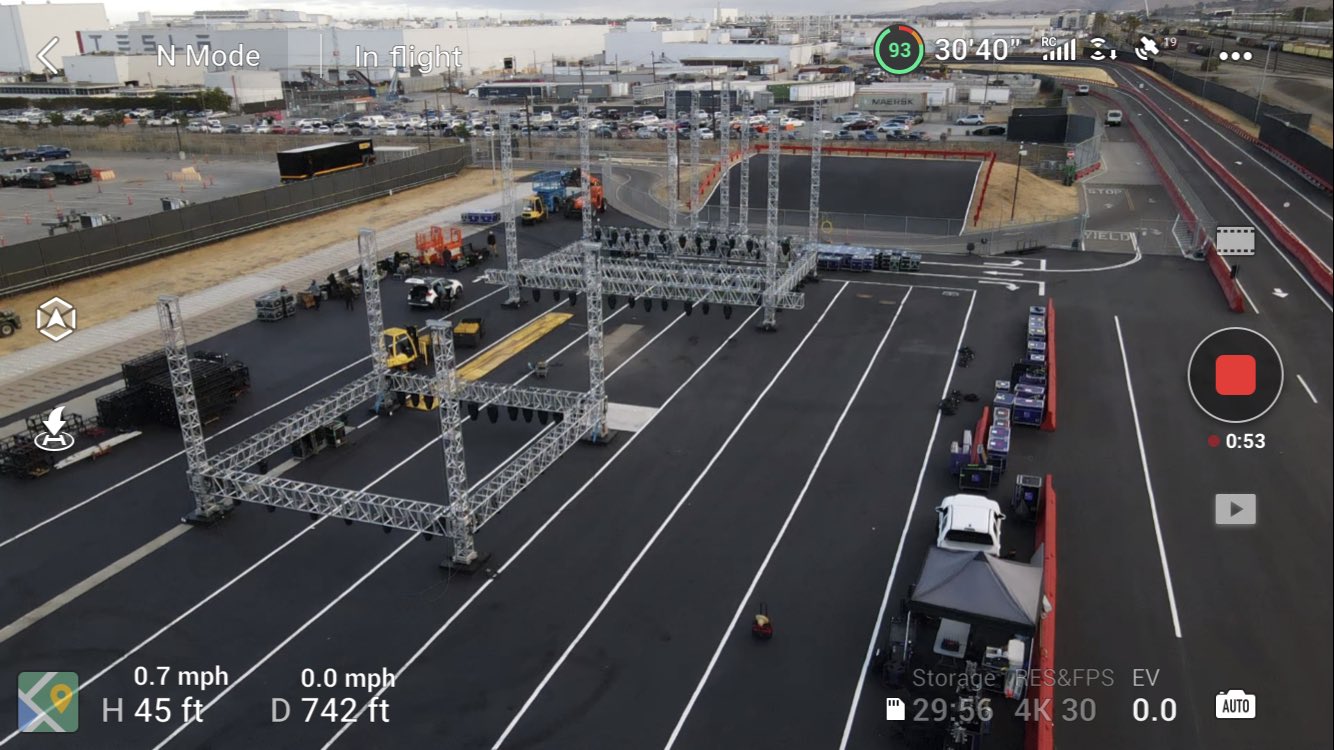 The Tesla Model S Plaid’s delivery event is almost here, and the EV maker is already fully committed to its preparations for the occasion. From a freshly-redone test track to a massive stage that’s being set up, Tesla seems to be sparing little expense in ensuring that attendees of the Model S Plaid delivery event are treated to an unforgettable experience.

An aerial image recently shared by drone operator and Tesla enthusiast @teslafremontfly during a recent flyover of the Fremont Factory has revealed that the EV maker is hard at work setting up the location where the deliveries of the Model S Plaid will likely take place. Apart from the massive stage’s frame, lights and other pertinent equipment for the event were also being set up.

#Tesla is setting up for Thursday’s event! Video going out today to my Patreons! pic.twitter.com/O1dV19XFj4

The Model S Plaid event’s preparations suggest that Tesla is setting up something special for the upcoming occassion’s attendees. Considering that Tesla has effectively repaved the Fremont Factory test track recently, there seems to be a good chance that the event would also feature the EV maker’s most fun test rides to date.

Tesla is one of the few electric car makers that actually takes guests for test rides in its vehicle prototypes. This was true for vehicles like the Model X, Model 3, Model Y, and even the Tesla Cybertruck, which was damaged on stage during its failed Armor Glass demonstration. These test rides tend to be quite short, however, though they typically allow guests to experience a bit of the vehicle’s acceleration and handling.

The next-generation Roadster could be considered a bit of an outlier, as the all-electric supercar’s test rides back in 2018 featured a hard 0-60 mph launch from a standstill. This is very different compared to legacy automakers such as GM, which reportedly did not even have a fully-working prototype of the GMC Hummer EV when it held the all-electric truck’s debut.

Considering the work that’s been done to the Fremont Factory’s test track, attendees of the Model S Plaid delivery event may be in for a test ride that’s quite a bit longer than usual. The Tesla Model S Plaid’s main selling point is its overwhelming tech and power, after all, which allows it to accelerate from 0-60 mph in less than 2 seconds. This type of acceleration was described by Tesla Head of Investor Relations Martin Viecha as similar to driving a “hydraulic launch roller coaster,” and it is something that needs to be felt to be believed. Extended test rides in the Fremont Factory’s test track would likely do the trick.