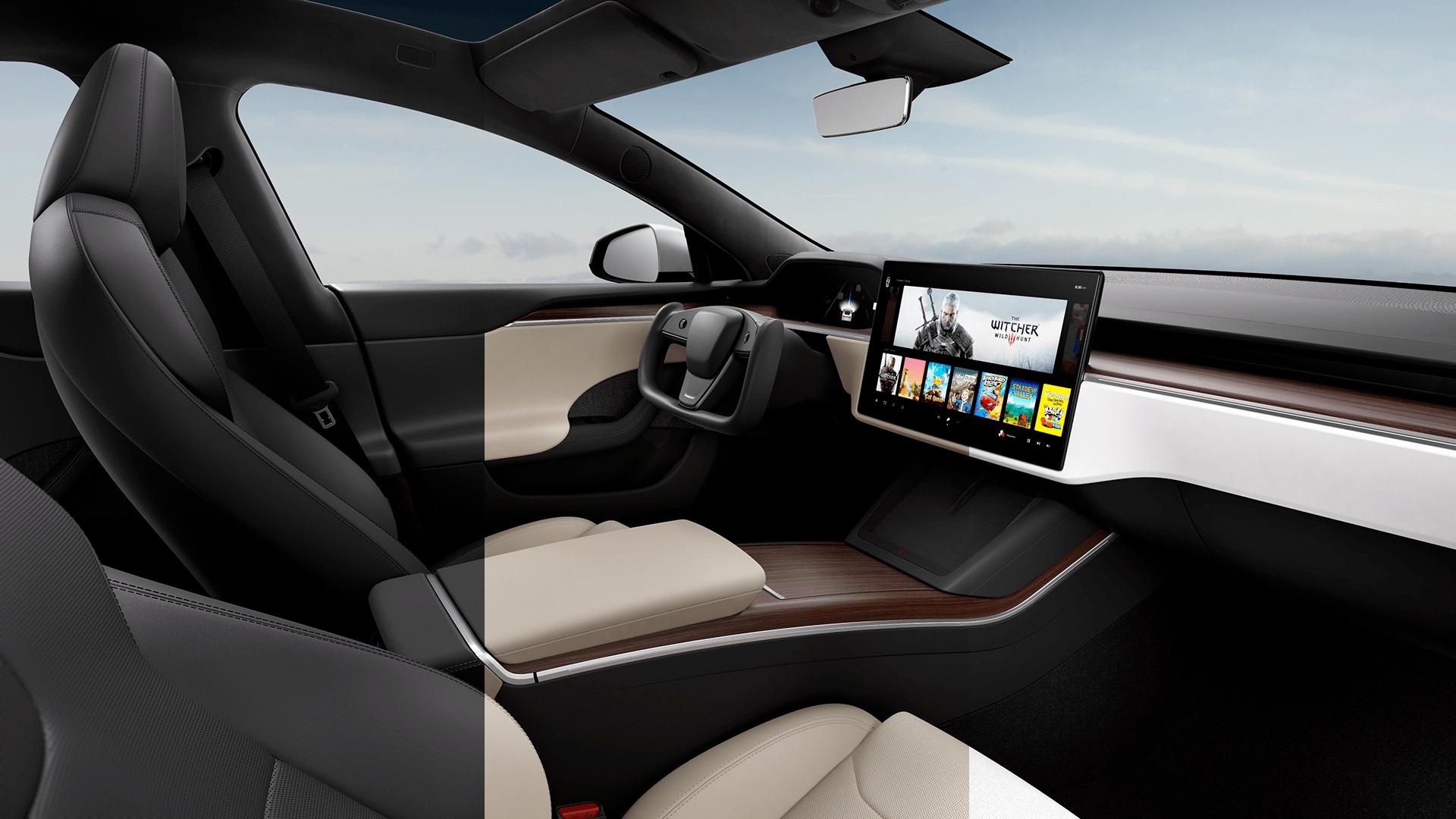 Deliveries of the new Tesla Model S Plaid are imminent after sightings of the flagship sedan show the all-electric vehicle is ready to roll out of the Fremont Factory in Northern California and onto haulers for customer delivery.

At least 30 Model S builds were spotted within the confines of Tesla’s Fremont Factory, some showing Yoke steering wheels and others showing a regular steering wheel. Builds with the normal steering wheel are believed to be Dual Motor Long Range All-Wheel Drive powertrains, while the Yoke has been tied to the Plaid and Plaid+ variants of the vehicle.

BREAKING: On March 6th more than 30 Refreshed Model S’s were spotted. They appear to have just come off the production line. Looks like production is ramping up and first deliveries will start very soon! pic.twitter.com/FgpXbDtkWg

GabeinCal spotted the pack of Model S vehicles outside of the facility on Saturday, March 6th. After releasing photographs of the refreshed Model S during the Q4 2020 Earnings Call in late January, Tesla is beginning to prepare for the vehicle’s first deliveries. Additional Model S vehicles were spotted in late February, so it appears that the automaker will be delivering a considerable number of units to customers within the coming weeks.

Deliveries of the Model S were supposed to begin in February, but several delays at the Fremont Factory may have inhibited the company from fulfilling this lofty time frame. February offered its fair share of obstacles for electric car companies across the world, Tesla included. A global shortage of semiconductors shut down Tesla’s marquee production plant for two days in February, Elon Musk confirmed. The CEO stated a parts shortage was to blame but that the factory operated as normal just two days after initially being shut down.

The Model S has been Tesla’s flagship vehicle ever since it was first delivered to customers in 2012. Since then, the Model S has only undergone a few changes, which have been related to cosmetics and performance in the nine years that it has been rolling off of production lines for Tesla. After Tesla halted production lines of both the S and X in December 2020, speculation that the vehicles would undergo a routine refresh spread through the automotive community. It was ultimately confirmed just a month later during the Tesla Q4 2020 Earnings Call. The details regarding the company’s rejuvenation to the Model S have slowly leaked their way onto social media.

Of all of the modifications Tesla made to the Model S and Model X, the Yoke Steering wheel is arguably the most discussed feature. The modified steering design has not been ruled illegal or in violation of the NHTSA’s Federal Motor Vehicle Safety Standards, which the agency confirmed to Teslarati earlier this week.

GabeinCal’s video of the Model S is available below. There are also some good shots of the Yoke Steering Wheel toward the beginning, and another flyover of the Giga Press can be spotted as well.