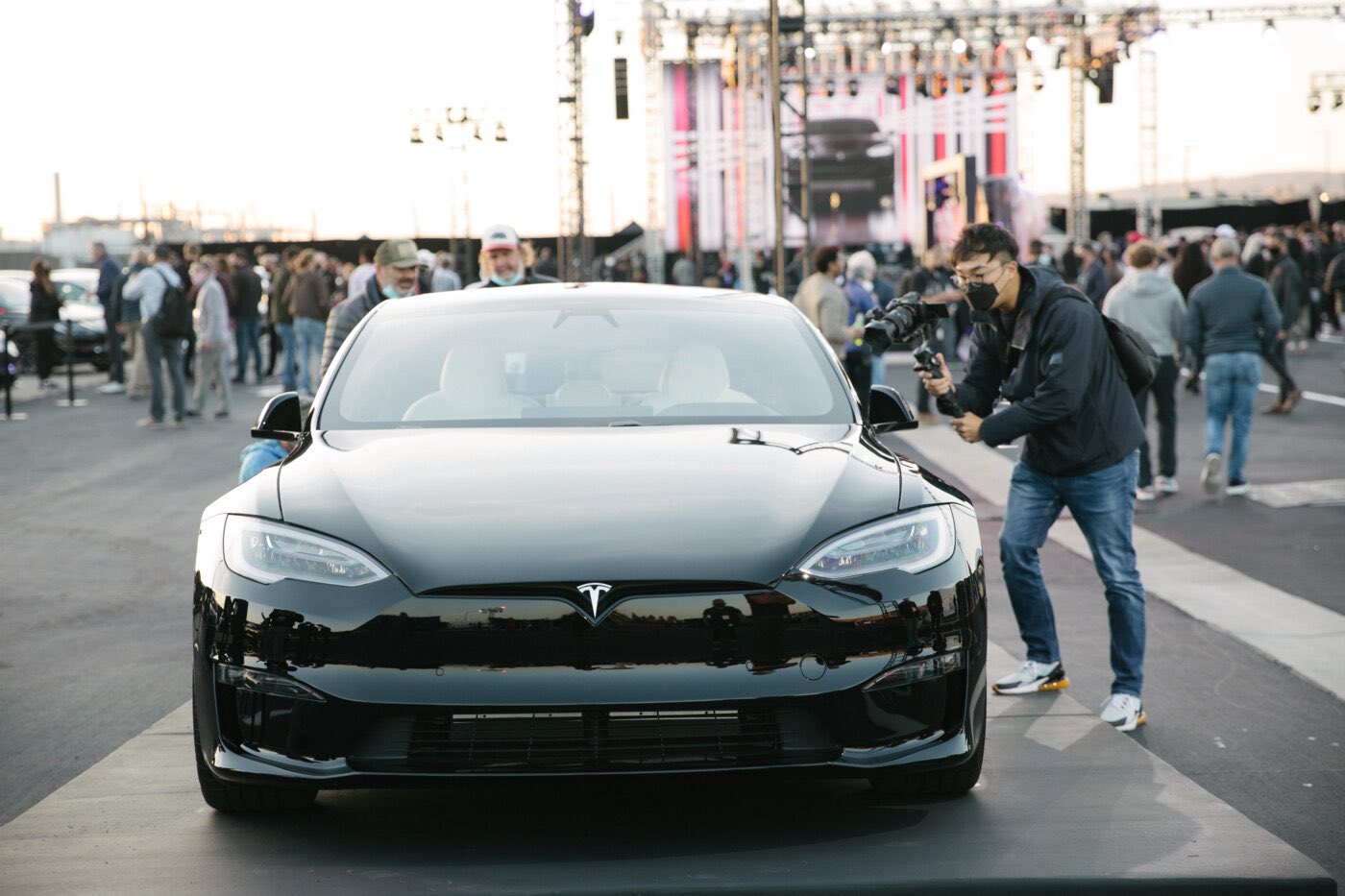 Tesla did not waste any time highlighting the Model S Plaid’s killer metric: 0-60 mph in 1.99 seconds. This figure, which can be attained on a prepped drag strip as per MotorTrend‘s formal tests, has effectively dominated news about the flagship sedan — so much so that some of the vehicle’s other notable capabilities have been overshadowed. Among these are its 60-130 mph time, which is arguably the Model S Plaid’s true killer metric.

What has to be said is that the Model S Plaid is a car that continues to pull really strongly far beyond 60 mph. This could be experienced in the vehicle’s acceleration and power at higher speeds. Tests of the Tesla Model S Plaid have revealed that the flagship sedan could go from 60-130 mph in 4.71 seconds. This is undoubtedly impressive on its own, but when one compares this to the 60-130 mph performance of some of the world’s best supercars and electric cars, one could see just how far Tesla has gone with the Model S Plaid.

The Model S Raven Performance, Tesla’s previous quickest sedan, takes a whopping 9.4 seconds to go from 60-130 mph as per Car and Driver‘s tests. As noted by Tesla community member u/cookingboy at the r/TeslaMotors subreddit, this was one of the reasons why the Model S had been criticized in the past as a “one-trick pony.” The Raven Performance may go from 0-60 mph in a ludicrous 2.3 seconds, but after achieving highway speeds, its power tapers off.

This could be seen in the Model S Raven Performance’s drag races against the Porsche Taycan Turbo S, a vehicle with a two-speed transmission that achieves 60-130 mph in 8.1 seconds. Races between the Model S Raven Performance and the Taycan Turbo S usually ended up going down to drivers’ reaction times, though the Tesla tended to either lose its lead or fall back further as the race went on and higher speeds are achieved.

This would not be happening with the Model S Plaid. Looking at the vehicle’s 4.71-second 60-130 mph capability, it seems safe to state that Tesla, in its continued pursuit to improve its flagship sedan, effectively made the Model S Plaid twice as quick at 60-130 mph as its previously quickest Model S. Interestingly enough, the Model S Plaid’s high-speed capabilities are rarely highlighted by the company, perhaps because its 1.99-second 0-60 mph time is a more compelling metric.

What is truly remarkable with the Model S Plaid’s 60-130 mph time is that Tesla was able to achieve these figures through its own means. Porsche was able to provide the Taycan Turbo S with amazing high-speed performance using a two-speed gearbox, a mark of its pedigree as a veteran sports car maker. Tesla, on the other hand, was able to attain the Model S’ unearthly metrics using carbon-wrapped electric motors and continued improvements to its battery tech, highlighting its roots in tech and Elon Musk’s physics-heavy background.