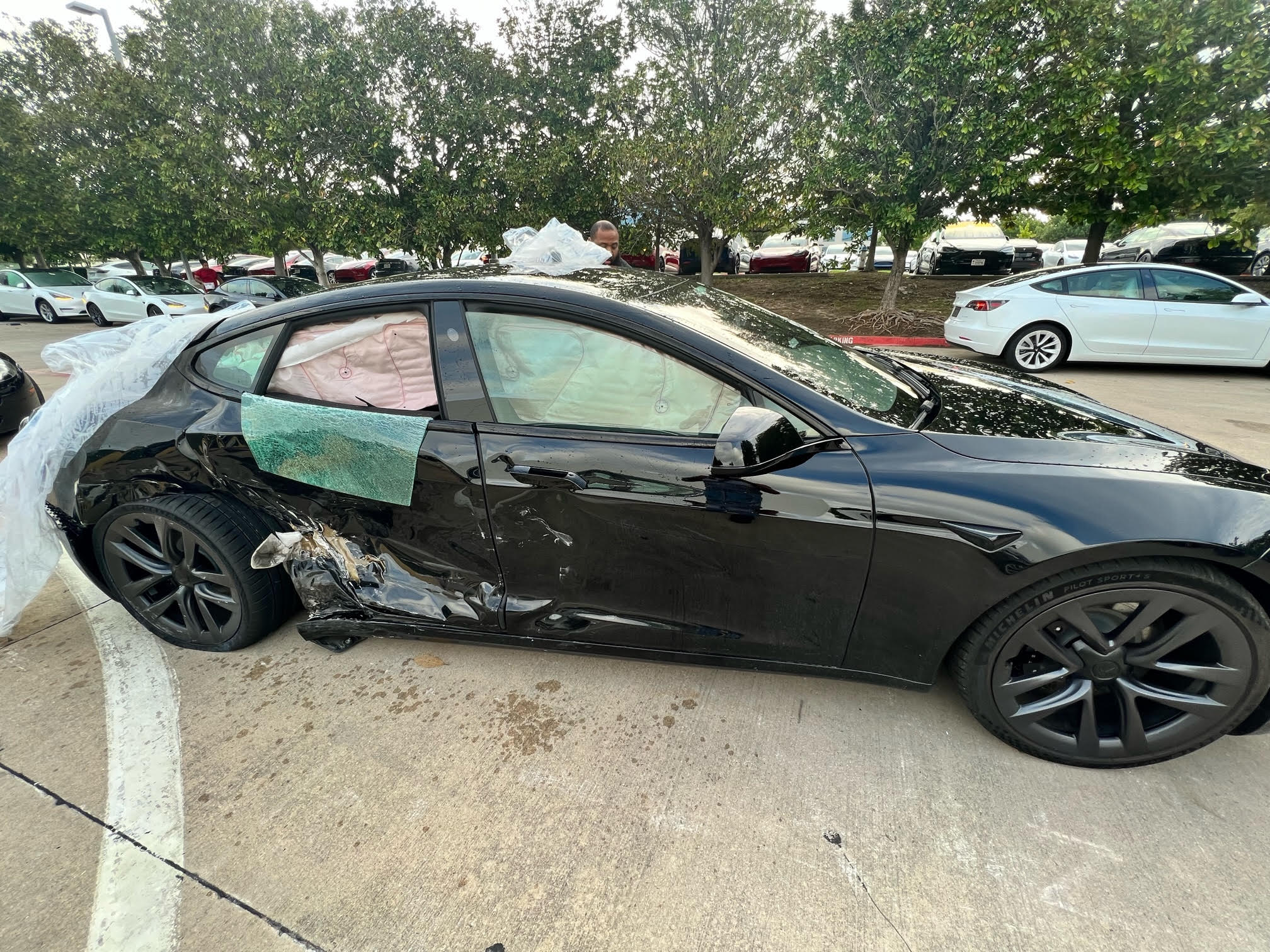 Update 9/9/22 12:32 P.M. EST: Jeff contacted me personally and told me Tesla has officially shipped a Model S Plaid identical to his now-totaled vehicle. “I just got a call from Tesla, a clone of my Model S Plaid is on the truck heading for Texas as I text you today.”

A $155,000 Tesla Model S Plaid was totaled several days after the owner dropped the vehicle off for a Service appointment. Now, the owner is attempting to find answers.

After dropping his Model S Plaid with only a few thousand miles off at the Plano, Texas Tesla Service Center on Wednesday, August 24, owner Jeff said he received a call on Tuesday, August 30, from an employee. “We have some bad news,” Jeff heard over the phone. “Your car was totaled.”

“I thought it was a joke,” Jeff told Teslarati in an interview. “I found out very soon it was not a joke.”

After arriving at the Service Center the next day, on Wednesday, August 31, Jeff found his black Model S Plaid in the parking lot. The rear passenger door smashed in, and visibility into the vehicle was limited due to many airbags in the car being deployed. The vehicle had been t-boned by another car traveling just two blocks from the Service Center, located at 5800 Democracy Drive in Plano. The repair had already been completed and an employee was driving the vehicle around to ensure it was completed properly. 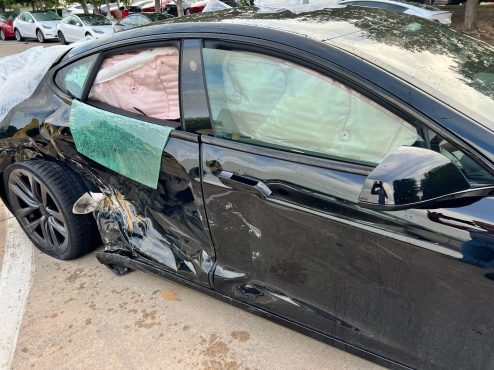 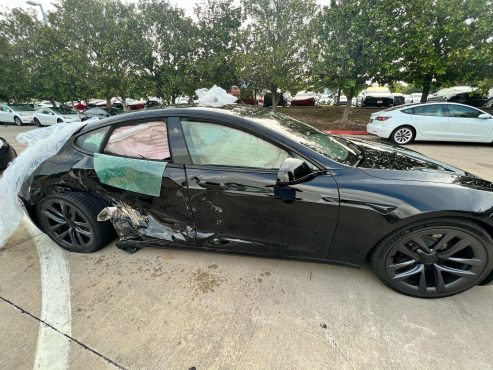 However, the driver of the Model S Plaid, a 31-year-old employee of the Plano Service Center, failed to yield the right of way at a stop sign and was hit by another car. The Model S Plaid was totaled in the accident.

Initially, Jeff was interested in receiving a new car, of course, and there happened to be an exact match of what his Plaid Model S once was at another showroom in the State. He was offered that vehicle on Wednesday, but by Thursday, that had changed. Tesla said they would likely go through insurance, meaning it would take nearly three weeks to get Jeff his vehicle.

The Legalities of the Situation

Teslarati spoke to insurance experts and liability attorneys, who told us the situation in which the vehicle was totaled and determining liability is what truly matters. The fact that this is a customer’s car and an employee crashed it is irrelevant until liability is determined.

We obtained the police report through the City of Plano, which revealed the employee at the Tesla Service Center was at fault. Jeff also told us that when he spoke to the employee driving the vehicle at the time of the accident, they admitted that the accident was his fault.

The report states that the driver of the Model S was officially charged with Failure to Yield the Right of Way at a Stop Sign. The investigating officer describes the accident in the report:

“UNIT 1 WAS STOPPED AT A STOP SIGN IN LANE 2 E/B DEMOCRACY DRIVE FOR PARKWOOD BLVD. UNIT 1 THEN PROCEEDED THROUGH THE INTERSECTION. UNIT 2 WAS N/B PARKWOOD BLVD IN THE RIGHT LANE. DUE TO UNIT 1 FAILING TO YIELD RIGHT OF WAY AT A STOP SIGN TO UNIT 2, THE FRONT END OF UNIT 2 STRUCK THE RIGHT BACK QUARTER OF UNIT 1.”

The report, obtained by Teslarati, shows there was a second occupant in the Tesla at the time of the crash. The driver is 33. The passenger is 31. Additionally, the Audi A5 that collided with the Tesla was being driven by a 62-year-old who was taken to Plano Presbyterian Hospital.

Tesla has been tight-lipped to Jeff, saying they would be in touch with him regarding the accident within the next three weeks. Tesla may have been attempting to determine liability as its employee who was driving the vehicle may not necessarily be responsible for the accident, especially considering he was t-boned while navigating through an intersection. However, the report filed by the investigating officer determined that the driver of the Tesla was at fault, and the fact that the employee also expressed to Jeff that the accident was his fault would eliminate Tesla’s need to determine this.

Jeff said Tesla has not offered a loaner or a formal replacement vehicle currently, which makes his situation much more complicated. Teslarati reported last month that Tesla had abolished its policy of offering loaners and Uber credits for some service appointments. However, Jeff’s vehicle is totaled, he is without a replacement, and the accident did not happen while he was driving the car, or even in possession of the Model S Plaid.

As of Tuesday, September 6, Tesla has yet to contact Jeff regarding the accident or any information on a replacement vehicle.