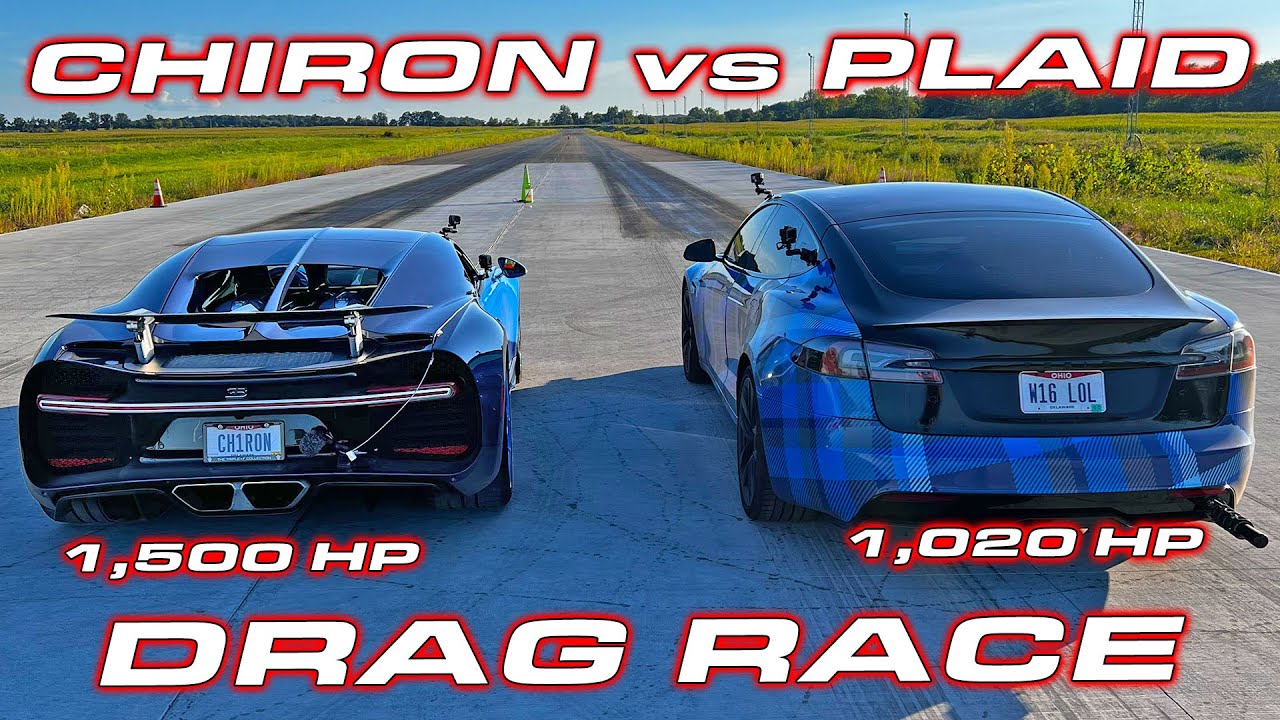 Although the Plaid is around 500 pounds lighter than the Bugatti Chiron, in these races, the all-electric vehicle proved to be the better-performing vehicle. At about four minutes into the video, the two vehicles take off with the Model S Plaid leaving the rare and expensive supercar behind.

The Chiron was slow to leave the starting line but was able to narrow the gap, however, it lost to the Plaid. The $3.6 million car actually got a better start in the second race and was able to tie with the Model S Plaid.

In the third and final race, the Tesla earned its second win with a faster launch from the line. The final two races were rolling races which helped the Bugatti some but it still lost to the Tesla.

During the unveiling of the Tesla Model S Plaid in 2021, Tesla CEO, Elon Musk, said that it was the fastest production car that anyone could purchase. He described the engineering of the vehicle as practically alien.

“I think engineering that is practically alien,”  he said.

Elon Musk added that the Model S Plaid would be “faster than any Porsche (and) safer than any Volvo.”

You can watch the video below