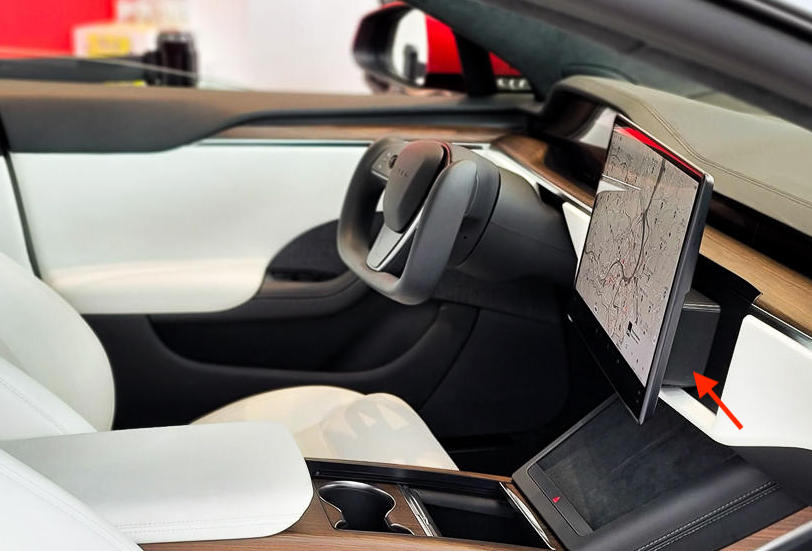 It appears that Tesla is now rolling out some improvements to the Model S and Model X’s 17″ infotainment screens. As per reports from new vehicle owners and sightings from a Tesla Store in Taiwan, the company’s flagship vehicles now seem to have a swiveling display.

Photos of the feature were clearly visible in photos taken of a Tesla Store in Taiwan recently. The images showed that Tesla was displaying its new Model S and Model X, though customers were reportedly not allowed to physically enter the vehicles and interact with their functions. It was evident, however, that the Model S’ display was tilted towards the driver.

These images echoed reports from new Tesla owners in the West. Tesla owners who recently took deliveries of their vehicles, such as Larry Li, shared a video of his Model S activating its swiveling center display function. Li’s video even showed how the feature was controlled through the vehicle’s UI. While the car in Li’s video had an aftermarket automatic frunk, the Tesla owner noted in a later tweet that the swiveling screen was OEM.

As videos of the Model S’ tilting display spread on social media platforms such as Twitter and Facebook, other Tesla owners who recently took delivery of their vehicles also mentioned that their cars had similar features. Such an update is quite unsurprising though since previous sightings of test vehicles in the wild and a teardown of the Model S Plaid by automotive veteran Sandy Munro revealed that the flagship sedan had a mechanism for a swiveling display.

Seemingly as a cherry on top, longtime Tesla advocate and Ride the Lightning podcast host Ryan McCaffrey noted on Twitter that he had received confirmation from a source within the EV maker that the latest Model S and Model X already have swiveling display functions or at least the hardware to do so. The longtime Tesla podcast host added that the feature would probably be enabled on compatible vehicles following an over-the-air software update.