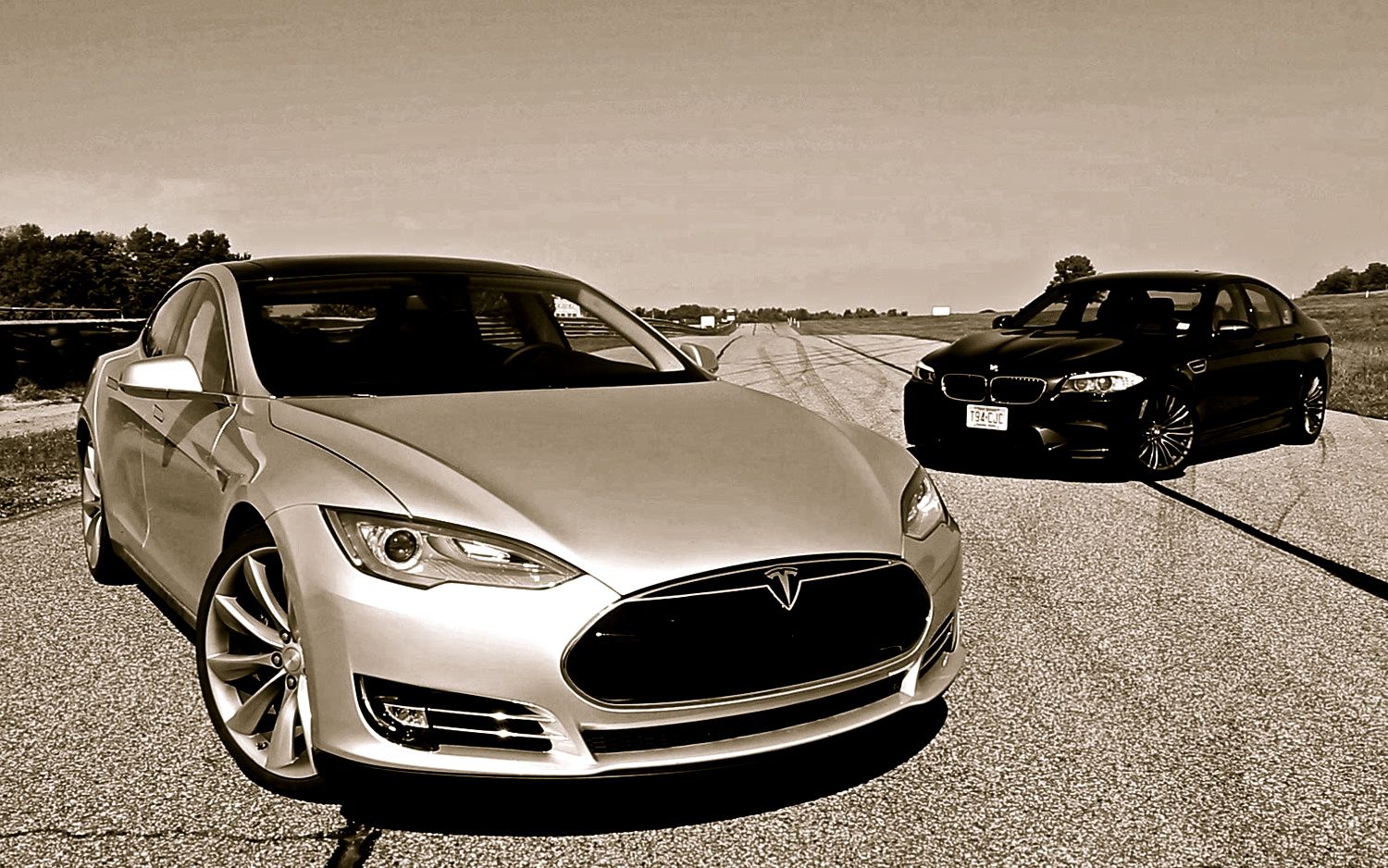 Automobile magazine had the rare privilege to drive Elon Musk’s personal car to test its range, but they didn’t stop there.  A drag race with a new BMW M5 would be their next triumph as they pitted a Tesla Model S against the famed BMW M5 in a heads up drag race.

The contender with an internal combustion engine is the new BMW M5 sedan, which is powered by a twin-turbo 4.4-liter V-8 producing 560 hp and 500 lb-ft of torque. Though the 2013 M5 still carries a gas guzzler tax, the eight-cylinder super-sedan is EPA-rated at 14/20 city/highway with the twin-clutch automatic and 15/22 with a six-speed manual — marked improvements over the last-generation M5′s 11/17 mpg with its V-10 engine.

Then there’s the Tesla Model S, which has “just” 416 hp and 443 lb-ft of torque from its electric powertrain but, in top P85 trim, is more expensive than the German four-door. The Tesla is EPA-rated at 88/90 MPGe. While the Model S of course lacks an engine note, the car can launch off the line far quicker than the M5.

Though one of the four-doors is clearly ahead by the time they reach the finish line, the other appears to be closing in. Watch the video below to find out which car wins in Automobile magazine’s drag race.