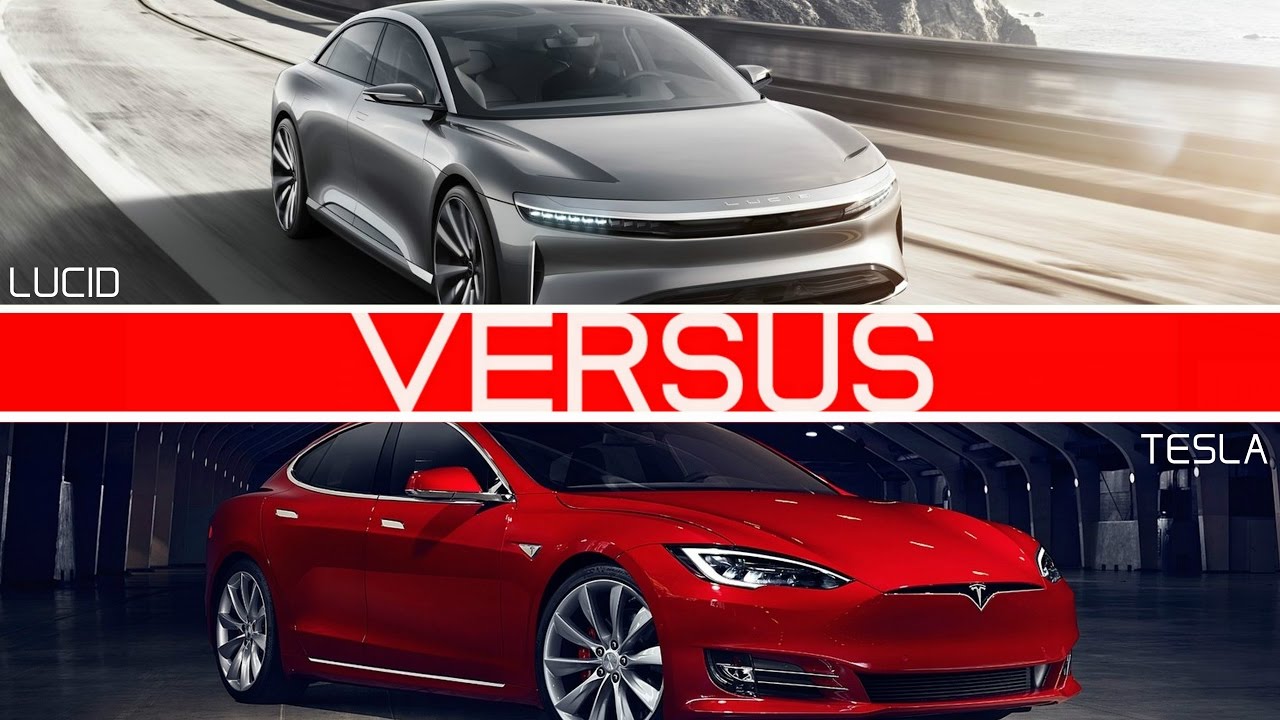 Silicon Valley-based electric car startup Lucid Motors continues to make a name for itself as a real contender to Tesla, having recently debuted its long range Lucid Air ultra-luxury sedan across a series of meet-and-greet and test ride events in Southern California. Renowned tech reviewer MKBHD billed the Air as possibly being the Future of Luxury. But how does Lucid’s “private jet on wheels” stack up against Tesla’s Model S?

Ben Sullins of YouTube channel Telsanomics takes a deep dive into known published stats for each vehicle, and compares the two on range, performance, price, technology, and interior trim.

First, a disclaimer. Ben’s video was made before Tesla announced that the Model S 60 would no longer be available after April 17. Ben notes in the video description “In this video, I look at how this new base model Lucid Air stacks up against a Tesla Model S 60. Of course, since recording this Tesla has announced they no longer will be offering the 60 but the comparison is still relevant considering the primary variable is the range of the Model S.”

Both vehicles will also be comparable in price. Lucid says its base model will start at $52,500 after deducting the $7,500 federal tax credit. By comparison, Tesla’s Model S 60 will be priced at $53,700 before incentives. If we are to factor in Tesla’s soon-to-be base Model S 75 into the equation, the price difference increases to a more dramatic $14,500.

The Lucid Air has 3 touch screens within the driver’s line of sight. The one located in the center of the car that displays less critical information can retracted into the dashboard when not in use. The other two flank the central instrument panel. There is another touchscreen available for rear seat passengers to adjust heating and cooling as well as sound system settings.

Both the Model S and the Lucid Air will be equipped with hardware that can facilitate fully autonomous driving. Feature updates will come via over-the-air software updates.

As pointed out by MKBHD in his review video of Lucid Air, the interior appointments of Lucid’s vehicle appear to be aimed more toward the luxury car buyer than those in the Model S. Some Tesla buyers who have purchased a Model S have critiqued Tesla for not matching their expectations when it comes to the quality of the interior materials used. MKBHD commented that the Lucid Air interior seems to have higher quality interior appointments, at least to his eye.

One thing that has impressed those who have ridden in the Lucid Air is the expansive front windshield. Like the Model X, it flows back over the heads of front seat passengers in one unbroken sweep of glass. In fact, the Air name was suggested by the light, airy feel created by all that glass. But that enormous front windshield will not be available on the entry level Air. The company says it will have an aluminum roof, 19″ wheels, and a 10-speaker audio system.

Tesla Model S and Lucid Air match up quite closely in terms of power, performance, and technology. Tesla CEO Elon Musk is always encouraging other manufacturers to build “compelling electric cars” and Lucid Motors is poised to be that manufacturer that has truly stepped up to the challenge.

Lucid, for the moment, has big plans. The company has identified a site for its factory in Casa Grande, Arizona and aiming for production beginning in late 2018 to early 2019.

Though Tesla has a 5-year head start on the buildout of its factory, distribution channel and charging network, is that enough to hold back Lucid from becoming a major force in the premium electric vehicle market? One that’s had time to learn, adapt and move arguably more efficiently than Tesla?

Lucid is a serious contender.

Here’s Teslanomics’ comparison of the Tesla Model S vs. Lucid Air. What are your thoughts?