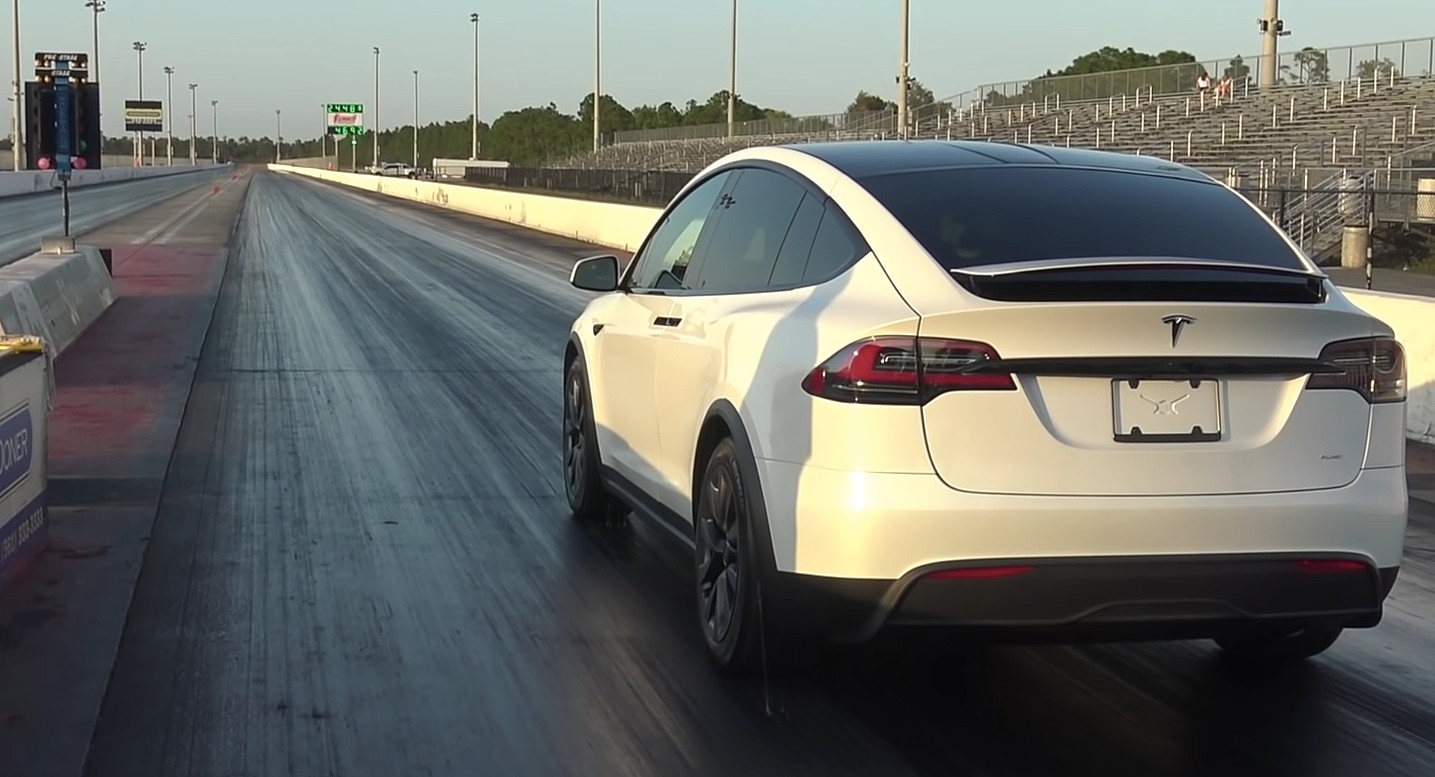 Tesla’s Plaid series seem to be created for one thing. They exist to highlight the idea that electric cars are superior to internal combustion vehicles, full stop. Among cars that are straight out of the factory, the Model S Plaid is near-untouchable save for million-dollar hypercars like the Rimac Nevera. And as per recent tests on the drag strip, it appears that the Model X Plaid is the same way.

As recently demonstrated by Brooks Weisblat of YouTube’s DragTimes channel, the Model X Plaid could very well be the world’s quickest production SUV in the quarter-mile today, period. In stock form, the veteran drag racer was able to achieve a 0-60 mph time of 2.36 seconds, quicker than Tesla’s estimates. The Model X Plaid was also able to complete the quarter-mile in 9.754 seconds at 144.88 mph. That’s extremely quick for a stock vehicle.

Reflecting on the Model X Plaid’s performance during his tests, Weisblat noted that the numbers of Tesla’s flagship SUV six-seat are actually pretty comparable to his McLaren 720S, and that’s a true, blue supercar that consistently slew both supercars and muscle cars left and right, including the Tesla Model S P100D. For reference, Weisblat’s McLaren 720S, during a test, completed the quarter-mile in 9.76 seconds at 143.80 mph.

There could be some argument about why a vehicle such as the Model X Plaid exists. After all, does anyone really need all that performance and power in a six-seat family hauler? Well, not really, especially since the Model X Long Range is quick enough with its 0-60 mph time of 3.8 seconds. However, one cannot help but agree that a monster SUV that runs sub-10-second quarter miles straight out of the factory is something that is truly Tesla. It’s fast, fun, and perhaps just a little bit crazy — a true Tesla through and through.

Watch the Tesla Model X Plaid’s record-setting run in the video below.