Did Tesla just drop a Model Y tease in its quarterly all-hands video?

During the opening scenes of the recently-uploaded promo video, an image of a partially-covered, unidentified vehicle was featured. Based on what could be seen of the electric car, its design does not seem to match any of Tesla’s current offerings. With this, discussions in the Tesla community have pretty much erupted with speculations about what the vehicle could be.

Considering the angle of the mysterious vehicle, the car appears to be roughly the same length as a Model 3. The cloth covering of the electric car falls at a rather sharp angle in the rear as well, suggesting that the vehicle’s back might feature a rather angular, nearly vertical design. Interestingly, Tesla adopted a similar design in the past with the Model X SUV. 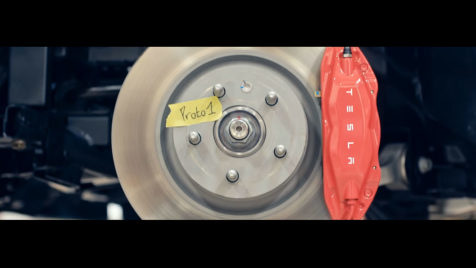 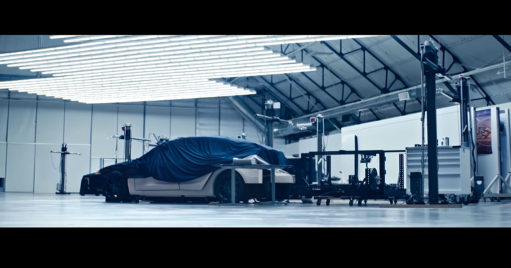 The rear doors of the partially-covered vehicle do not match any of Tesla’s current offerings either. The rear Falcon Wing Doors of the Model X, for one, extend into the wheelbase, unlike the vehicle in Tesla’s promo video. The lines in the door profiles of the mysterious car’s body also curve upwards at the rear, unlike the Model S and Model 3. These factors, apart from a rather interesting post-it note in the clip’s opening moments, have fuelled speculations that the partially covered electric car was a Model Y prototype.

Not everyone is convinced that Tesla dropped a Model Y tease in the recently released video, however. In the r/TeslaMotors subreddit alone, several enthusiasts have noted that the partially covered electric car seems to have far too little ground clearance to be a crossover SUV. With this, some are speculating that the unidentified vehicle in the promo video features a redesigned Model S instead.

In a way, a Model S refresh makes sense for Tesla as well. The luxury all-electric sedan, after all, has been largely unchanged since it debuted back in 2012. A slight update in 2016 introduced a new front fascia and a couple of new interior options, but apart from these, the cars’ other design elements are still pretty much identical to the first vehicles that rolled off the production line. Considering the impending arrival of the Porsche Mission E — an electric car that appears to be tailor-fit to compete against the Model S — a full refresh of Tesla’s flagship sedan is just as likely.

These are, of course, just speculations and rumors for now, and hence, must be taken with a grain of salt. It should be noted, however, that Elon Musk loves the concept of Easter Eggs. Thus, the mysterious vehicle’s inclusion in the video definitely suggests that it is a pertinent project for Tesla in the near future.

During Tesla’s recently-held Q1 2018 earnings call, Elon Musk noted that an announcement about the Model Y’s factory would be released no later than the fourth quarter. Musk also stated that the next Gigafactory, which is set to be established in China, will incorporate facilities that would enable vehicle production. Musk also noted that the production of the Model Y would likely start around 2020.

Did Tesla just drop a Model Y tease in its quarterly all-hands video?