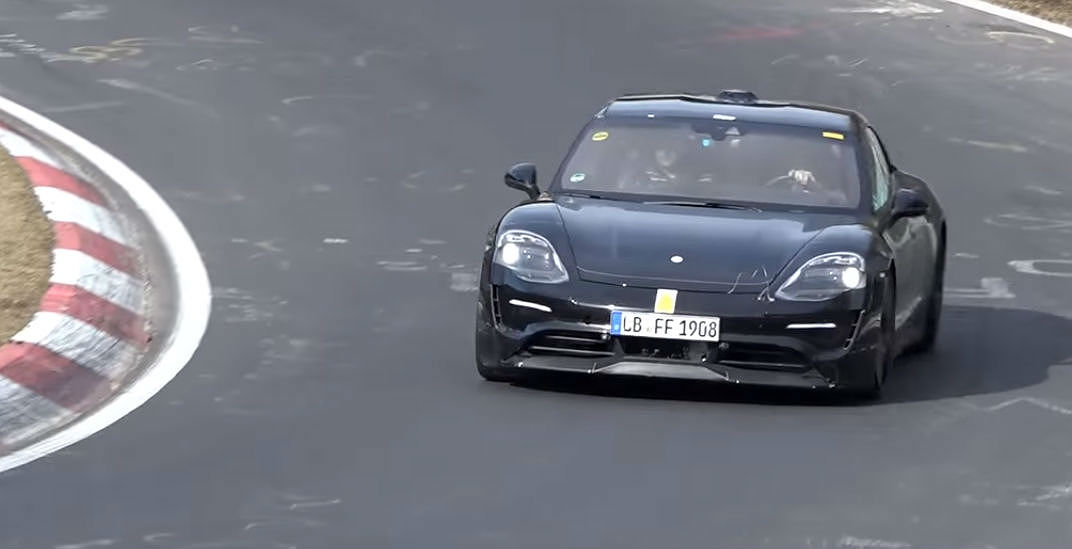 Porsche recently took its Mission E prototype to the Nurburgring in Germany, where it was spotted speeding through one of the tracks’ iconic turns. As could be seen in a brief clip featuring the upcoming all-electric high-performance sedan, the Mission E was able to go through the exit of Brunnchen in classic, aggressive Porsche fashion.

Considered as the German legacy automaker’s direct competitor to the Tesla Model S, the Mission E is expected to pack a lot of high-tech gear and formidable performance. Just recently, Porsche VP of Product Line BEV, Stefan Weckbach, even threw some shade at Tesla, stating that the American electric car and energy company does not build a car that can tackle the performance requirements of continued track driving.

Weckbach also noted that the Porsche Mission E, with its twin electric motors delivering instant torque, would be designed to be driven hard over long periods of time. According to the Porsche executive, the Mission E would be able to maintain its top speed and aggressive acceleration even under the demanding conditions of track driving.

The Model S, after all, is capable of Ludicrous straight-line acceleration, but when taken to a racetrack, Tesla’s software ends limits the vehicle’s performance after a few minutes to prevent excessive heating of the car’s battery. Track performance is something that the German automaker has proven mastery of over the years, with some of his vehicles like the Porsche 911 GT2 RS and the 918 Spyder holding some of the best lap times on the Nurburgring.

Tesla might be on its way to improving the track capabilities of its vehicles, however. As we noted in a previous report, a Model 3 was recently able to complete several laps in the Laguna Seca raceway without seeing a drop in performance. The next-gen Roadster, Tesla’s fastest car to date with a 0-60 mph time of 1.9 seconds, is also speculated to be capable of maintaining its high speed over long periods of time.

The Mission E was first unveiled at the 2015 Frankfurt Motor Show as a concept car. Since then, however, Porsche has begun producing pre-production prototypes of the electric car, which still boast some classic Porsche design minus some of the concept version’s more daring design elements. The most prominent of these are the rear suicide doors on the concept Mission E, which have been replaced by traditional rear doors on the pre-production variant. Some characteristics of the Mission E concept remained present in the pre-production version of the all-electric car, however, such as the sleek lines on its front that curve into its headlights.

While the Mission E will definitely be a Tesla Model S competitor when it gets released, Porsche’s idea of a charging infrastructure is far different than the Elon Musk-led company’s Supercharger network. In a recent statement, Porsche’s deputy chairman of the executive board Lutz Meschke noted that Mission E owners would be billed for charging services from day one of ownership. Meschke further noted that the rates for the Mission E’s charging would be comparable to the average prices of gasoline.

Watch the Porsche Mission E tackle a section of the Nurburgring in the video below.