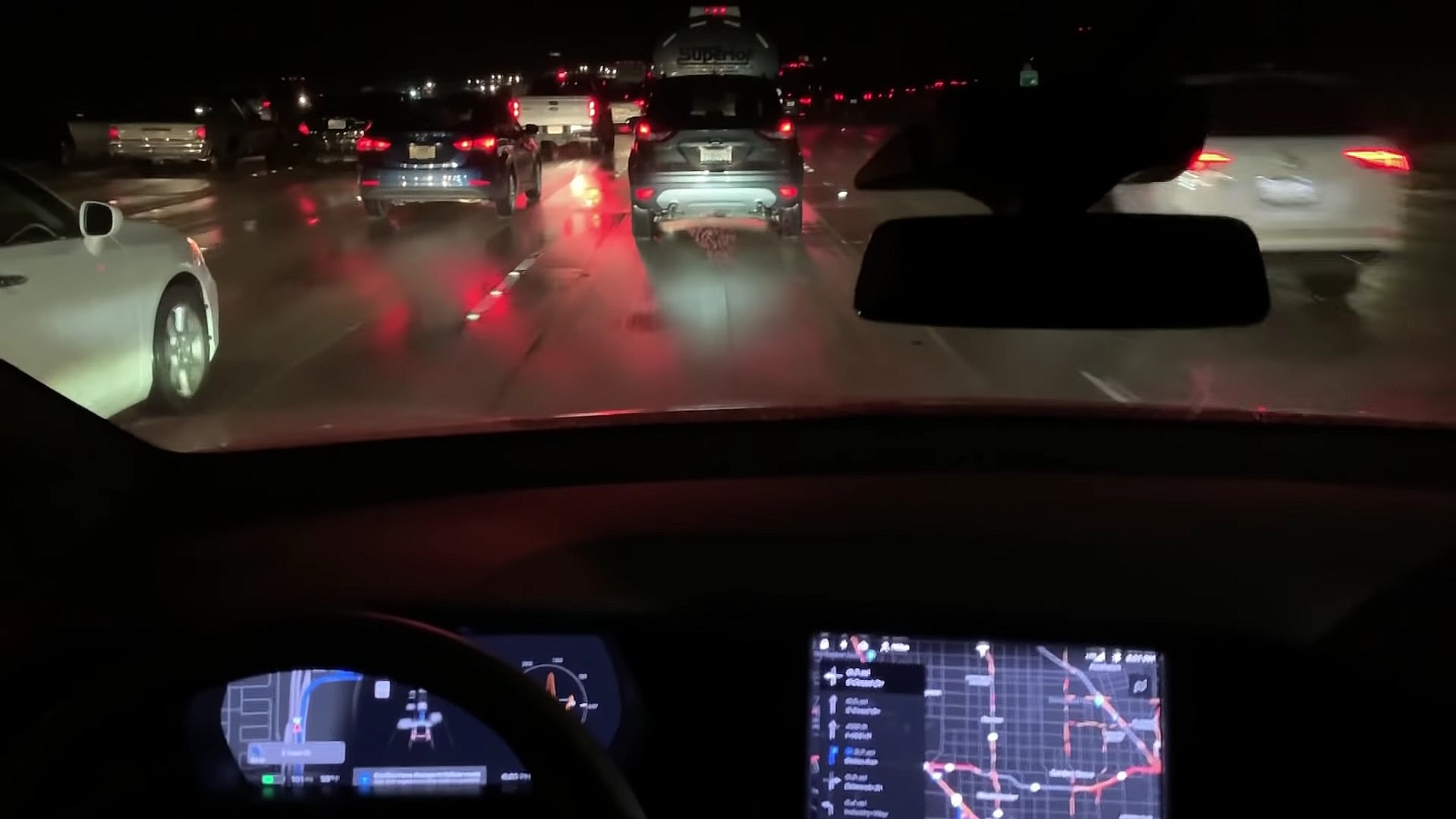 Tesla’s Navigate on Autopilot is arguably the most notable update that the company’s driver-assist feature has received in recent months. Available as part of the Software Version 9 update, the feature allows drivers to  get to their destination more efficiently by guiding their car on and off the highway,” and by intelligently suggesting lane changes to keep vehicles on their route. Navigate on Autopilot also enables cars to make speed adjustments to prevent instances where a driver gets stuck behind slow vehicles.

Since its initial release late last year, Navigate on Autopilot has become more accurate and smooth in its operation. This could be seen in a recent test conducted by the Our Tesla Life YouTube channel, which opted to test Navigate on Autopilot’s capabilities during a trip from Newport Beach to Westminster, CA. What was particularly notable about this test, though, was that it was conducted during a rainy night, and at a time when there were a lot of vehicles on the road.

As could be seen on the results of the Model X owner’s test, Navigate on Autopilot works quite smoothly. There were still some instances when the driver-assist system disengaged, though, as well as times when merging maneuvers could have been done better. Nevertheless, Navigate on Autopilot was impressive, though still evidently a hands-on system.

The release version of Navigate on Autopilot is actually a tempered down iteration of the system that was initially rolled out to members of Tesla’s early access program in September last year. The early access version of the feature enabled vehicles to conduct on-ramp to off-ramp maneuvers, as well as initiate intelligent lane changes. When Navigate on Autopilot was fully released to the United States and Canada, though, Tesla opted to regulate the feature a bit more, requiring drivers to confirm suggested lane changes before a maneuver is done.

In its blog post about Navigate on Autopilot, Tesla noted that future versions of the system would allow more automated features to be introduced. “While initially, the feature will require drivers to confirm lane changes using the turn stalk before the car moves into an adjacent lane, future versions of Navigate on Autopilot will allow customers to waive the confirmation requirement if they choose to,” Tesla noted.

Navigate on Autopilot stands as a notable update to Tesla’s driver-assist system — one that could very well prove to be a building block for some of the company’s upcoming Full Self-Driving features. Highway on-ramp to off-ramp maneuvers, as well as overtaking capabilities, after all, are most certainly among the basic features expected for FSD. In this light, it appears safe to assume that Tesla’s Navigate on Autopilot would likely see a notable improvement as soon as the electric car maker starts the rolling out its Hardware 3 to its vehicles.

The key to Tesla’s seemingly elusive Full Self-Driving features could very well be the hardware that the company is designing in-house. Tesla’s executives such as Elon Musk and Tesla’s Director of Artificial Intelligence Andrej Karpathy have both expressed their excitement for the upcoming hardware update. Karpathy, for one, noted during a previous earnings call that the new hardware would allow Tesla to deploy large, well-trained neural networks that would further improve the capabilities of functions like Navigate on Autopilot.

“It is a common finding in the industry, and that we see this as well, is that as you make networks bigger by adding more neurons, the accuracy of all their predictions increases with the added capacity. So in other words, we are currently at a place where we’ve trained large neural networks that work very well, but we are not able to deploy them to the fleet due to computational constraints,” Karpathy said.

Watch Our Tesla Life‘s Navigate on Autopilot test in the video below.