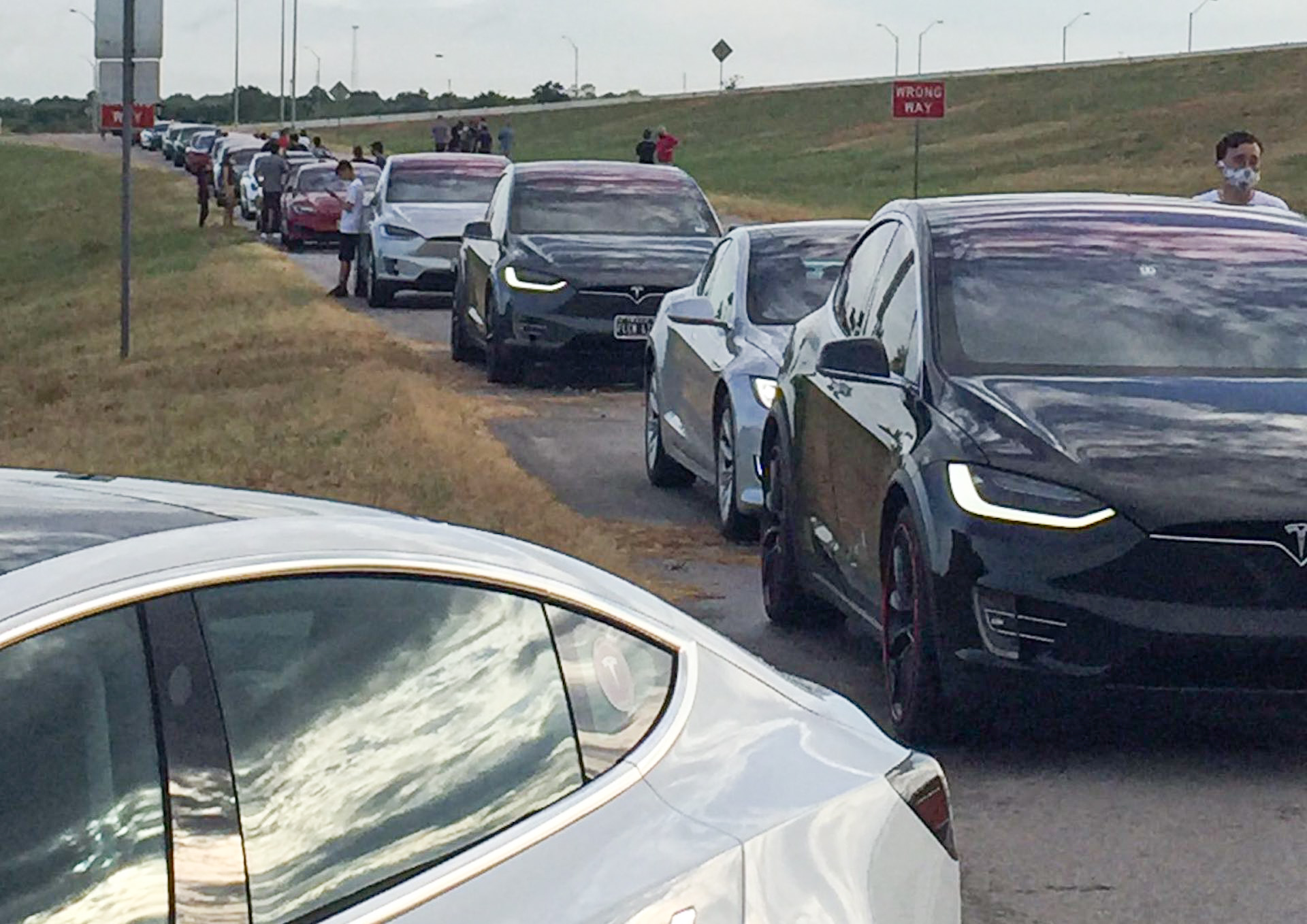 A group of Tesla owners from the Austin, Texas area gathered for a parade to the new Gigafactory site in celebration (Credit: Austin Tesla Club)

Tesla’s recent announcement of Texas for its next Gigafactory has been well received by the owners’ community in the state. On Saturday, members from the Tesla Owners Club of Austin gathered at a nearby shopping center before heading to the factory’s chosen location in a parade-style caravan.

The celebratory group comprised about 75 owners, according to local news channel KXAN’s on-site reporting. Prior to heading out to the Gigafactory construction site, which is about 15 minutes from downtown Austin and near the Colorado River, the members took some time to network. Afterward, they enjoyed either a drive-in movie or dinner at a local restaurant, as indicated on their club’s event page.

Tesla CEO Elon Musk announced Texas as their next Gigafactory’s home during the company’s recent Q2 2020 Earnings Call. With the Shanghai Gigafactory 3 already producing vehicles and the Berlin Gigafactory’s construction underway, the Austin-area site will be Tesla’s largest yet.

“It will be stunning. It’s right by the Colorado River. It will have a boardwalk… It will be an ecological paradise. It will be open to the public as well,” Musk told callers during the Q2 discussions. He also noted there will be a biking and hiking trail for visitors to use while at the facility.

Tesla’s Texas Gigafactory will be responsible for building the Model 3, Model Y, and the Tesla Semi, but its development is anticipated as primarily for the Cybertruck. The plot purchased is 2,100 acres and once complete, is estimated to bring about 5,000 new “middle skill” jobs to the area and at least $1.1 billion in investment by the company specifically. To entice Tesla to the Austin area over its Tulsa, Oklahoma rival, about $14 million in tax breaks were offered by the local city council along with $68 million in savings from the local school district over ten years.

Although Texas and the Tesla community, in particular, seem to be welcoming the company’s move to the area, the circumstances face a bit of irony. In order to comply with state law, the all-electric carmaker will have to ship their vehicles from Austin’s Gigafactory to an out-of-state location before then delivering them to customers, as detailed by local publication Statesman News Network. Since Tesla uses a sales model with purchases made over the Internet rather than via franchises, customers cannot both buy and pick up their cars as a single in-state transaction. Some attempts to change this law have been unsuccessfully made in the past, but perhaps a more immediate need will help finally change things.