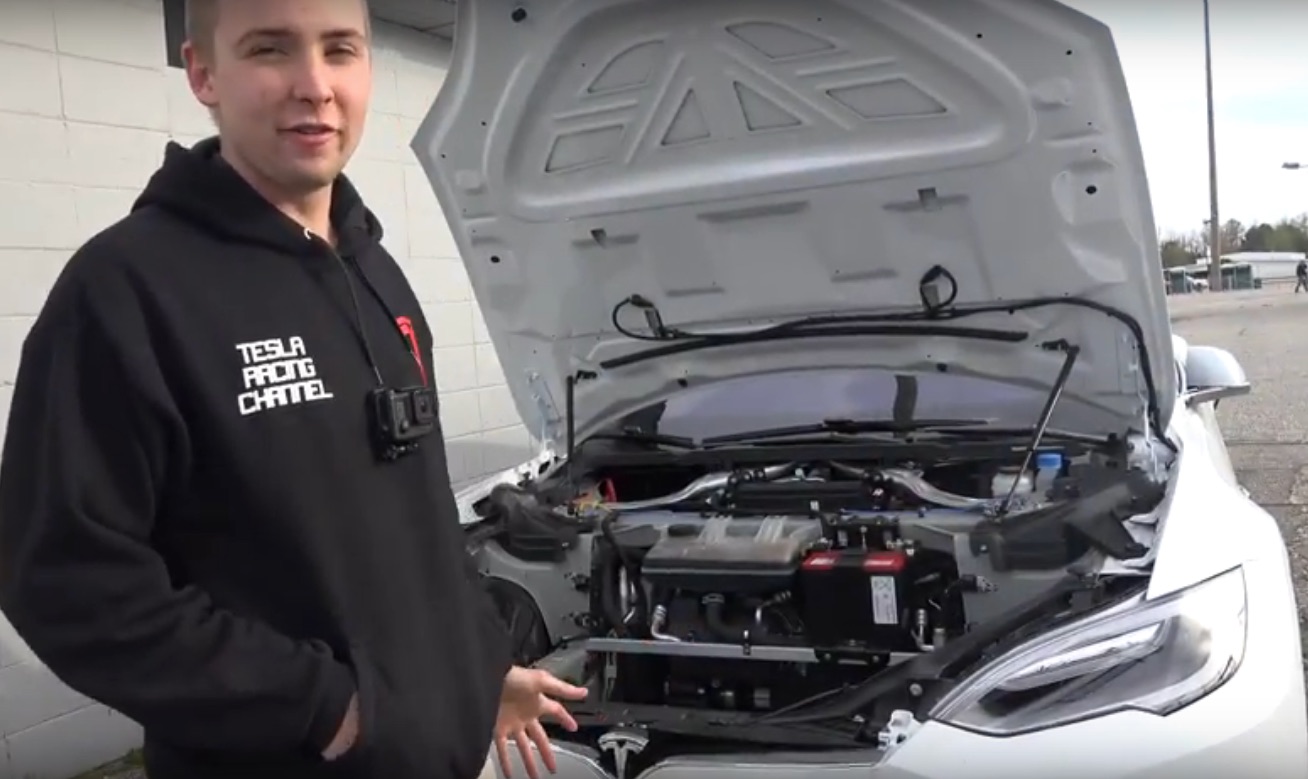 The low 10-second run comes on the heels of back-to-back world records set last week by two separate Model S P100D owners. The first world record was set in a Model S P100D modified with lightweight wheels, which was quickly broken by a stock one-month old Model S P100D that ran a blistering 1/4 mile time of 10.638 seconds with a trap speed of 124.65 mph.

Not to be outdone by what would turn out to be a short-lived world record, the folks at Tesla Racing Channel stepped the competition up a notch by reducing weight of their Model S P100D. Aside from already having lightweight wheels on the vehicle, the crew took a page out of Tesla CEO Elon Musk’s book by removing weight from the front of the vehicle. Musk had previously suggested on Twitter that removing the factory floor mats and front trunk (“frunk”) liner of the car could further improve performance.

@jovanik21 Also, Tesla service can remove front trunk liner if you don't use it and improve performance further

However, instead of removing just the frunk liner, Tesla Racing Channel gutted all of the interior trim and panels from the entire front of the vehicle. The YouTube host made no indication of the total amount of weight saved from the removal of the frunk, but based on their record-shattering 1/4 mile run of 10.44 seconds and the general consensus that every 100 lb (45 kg) in weight savings results in an improvement of 1/10th of a second in the 1/4 mile, one can presume that Tesla Racing Channel was able to trim roughly 200 lb (90 kg) in dead weight from the front of the vehicle.

Now, having seen the drastic impact weight has on vehicle performance, one can only begin to imagine what a race-bred Model S P100D with 1,100 lb (499kg) in weight savings would be capable of.