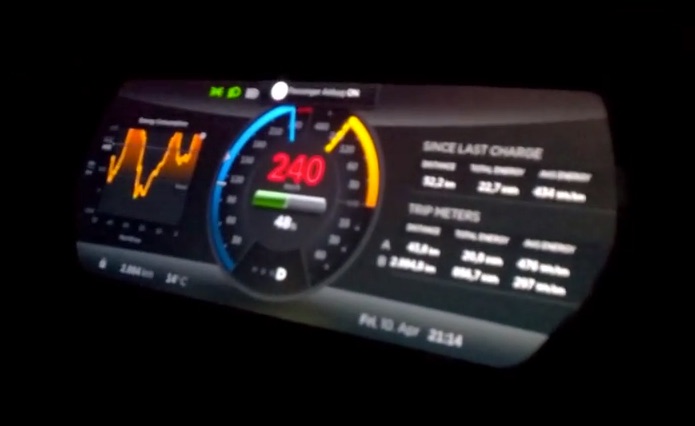 The top speed of the Tesla Model S P85D has been increased to 155 mph with the recent upgrade to Firmware 6.2 but comes with a caveat. The increased speed can only be sustained for a short duration during high speed passing before being trimmed back to a sustainable speed of 135 mph.

As you’ll see in the following video shot on the German Autobahn by a P85D owner, the energy consumption meter begins to turn red at approximately 145 mph (235 km/h) which indicates that you’ll have approximately another 7 seconds (according to the video) of high speed mode before the system cuts speed back to 135 mph.