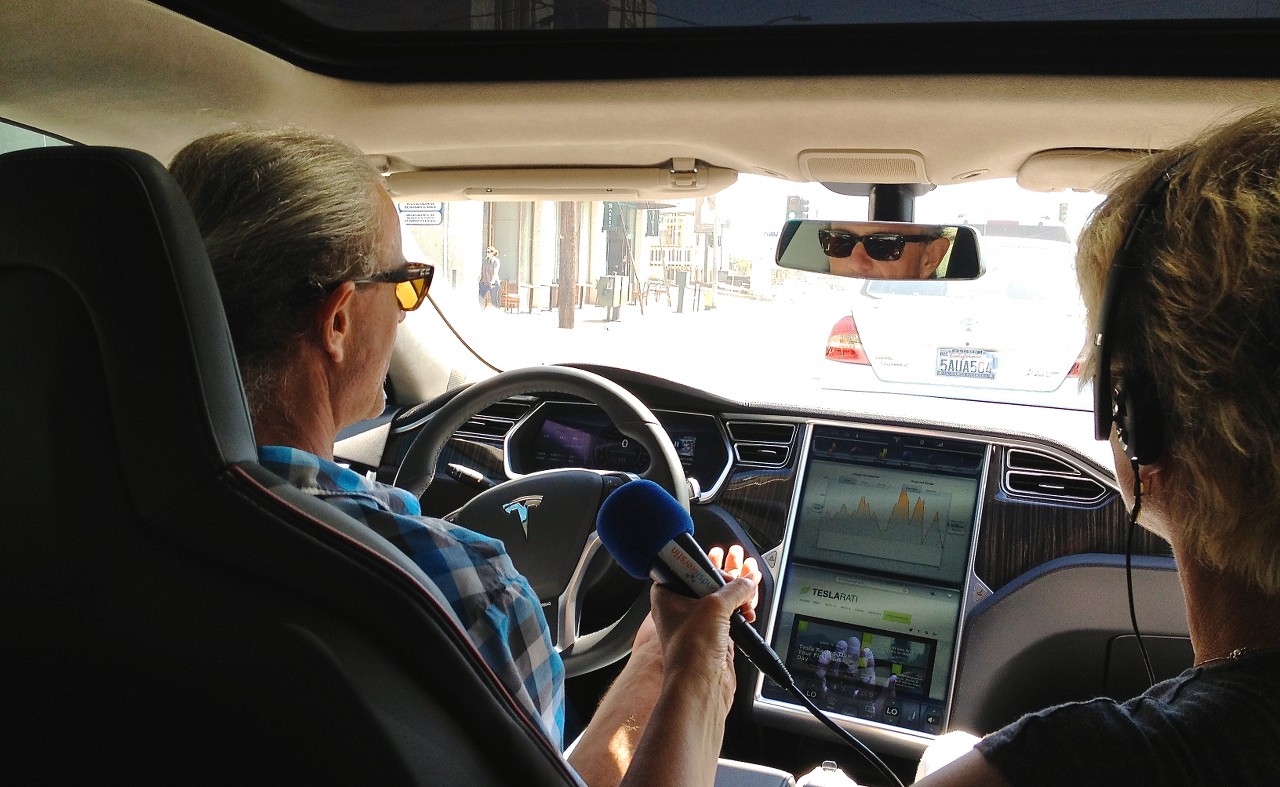 Back in January 2015, Tesla Motors released its traffic-aware cruise control (TACC) feature for cars with Autopilot hardware. This feature adds some automation to the cruise experience and allows the electric beast to continuously adjust to other cars on the road, making it a good option for rush hour traffic.

Via several Tesla discussion boards, Tesla drivers like the smooth braking with approaching cars, the front impact collision warning and the autostop feature when arriving at a complete stop in cruise mode. The front impact warning allows you to set the distance from one through seven and provide a warning signal at low, medium or high.

When TACC was released in January, the car didn’t indicate a blind spot warning in cruise mode when passing but the 6.2 software upgrade (in March) now includes this as a safety related function. According to News from the Frunk, an auto-pilot Model S will now show a blind spot warning when moving at speeds between 20 and 85 mph. A red arc appears over the speedometer to indicate a car in your blind spot.

This active safety enhancement in 6.2 works in conjunction with TACC and also includes a collision warning alarm, too.  The car’s steering wheel will vibrate, a dashboard signal appears, a double red arc appears and audible sound is triggered.

Back to TACC perceptions, a recent driver test showed that the Model S uses approximately the same amount of Wh/mil energy with TACC active or in the off position.

This is one of the better demonstration videos of TACC: