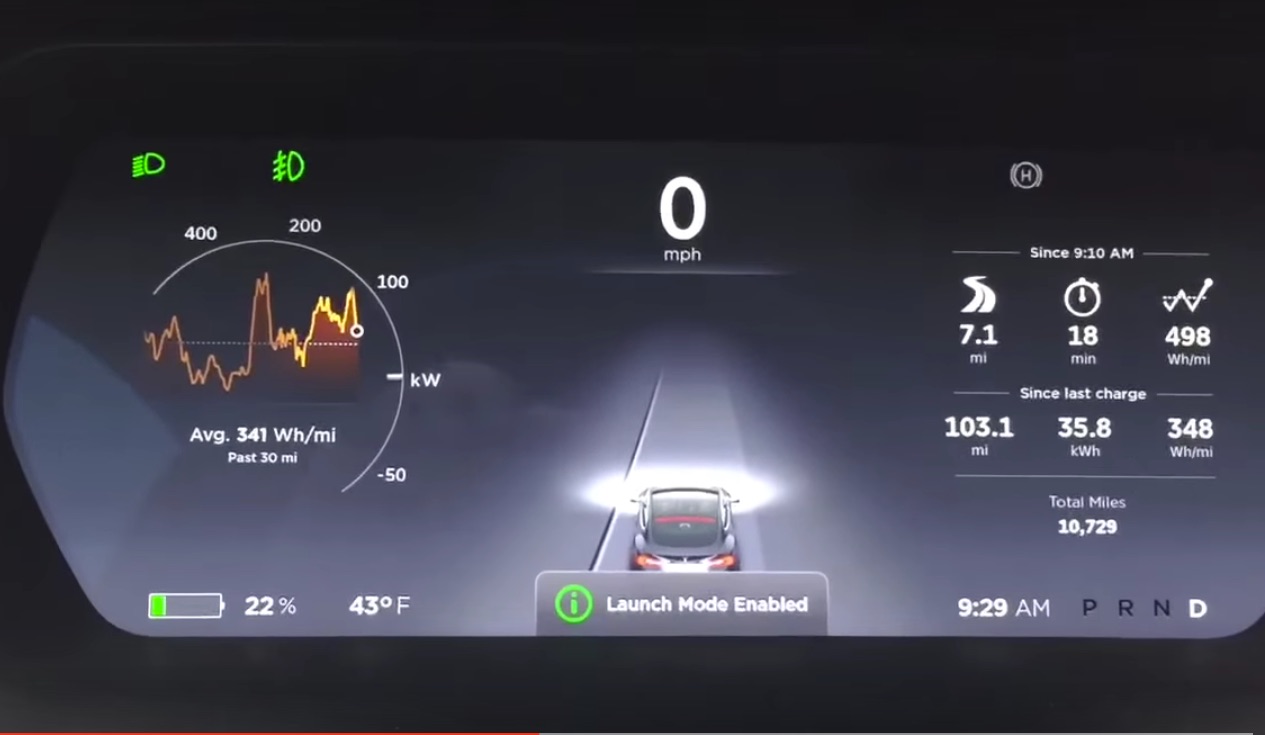 If being one of the fastest accelerating cars on the planet wasn’t already enough, Tesla has just rolled out a new Firmware 7.0 update called ‘Launch Mode’ that helps Performance Model S owners accelerate as quickly as possible from a standstill.

Launch Mode also known as Launch Control commonly found on high performance supercars and exotics, uses computerized control of the vehicle during hard acceleration from a stop, to minimize wheel spin, maximize traction, and optimize power off the line, as a way to ensure the fastest possible acceleration from a dead stop.

According to the Firmware 7.0 (2.9.40) release notes, engaging Launch Mode requires a sequence of driver initiated steps as follows: It’s not clear at the time of this publish whether or not Launch Mode will reduce 0-60 and quarter mile times, but chatter within the Tesla community tend to speculate that the new feature will “pre-load” torque thereby improving immediate off-the-line acceleration when the brake pedal is lifted. Whatever the case may be, we’re waiting with anticipation to see the next generation of Tesla drag racing videos to come.