It is no exaggeration to state that Tesla’s business hinges on its battery technology. Fortunately for the company, its batteries are among the best in the industry today. This is particularly notable in the case of Tesla’s electric cars, as well as its energy storage products. In terms of vehicles, Tesla’s battery tech has reached a point where it is capable of supporting the demands of closed circuit driving, as is the case with the Model 3 Performance’s Track Mode. In terms of battery storage, the quality and performance of Tesla’s batteries have been so impressive in South Australia that it appears to have started an energy storage movement.

Considering Tesla’s reputation for never staying still, though, it is almost certain that the company’s batteries will improve over time. This was mentioned by Tesla’s President of Automotive Jerome Guillen to CNBC last November, when he noted that the company’s technology consistently evolves. In his segment, the executive noted that “the design of the (battery) cell is not frozen,” indicating upcoming improvements in the near future.

A recently published patent points to one of these battery tech improvements. Titled “Multi-Channel and Bi-Directional Battery Management System,” the patent describes a way for Tesla to push the envelope on its battery management system even further. In the patent’s description, Tesla noted that the increasing demand for battery-based power is putting an emphasis on the performance demands of management systems, which ensure proper operation within a range of products like electric vehicles and energy storage units.

While battery management systems perform vital functions, the units themselves could be subject to various external factors. In the case of electric cars, the system could be subject to mechanical vibration and shock, varying environmental temperature, multiple power domains and a large number of interference sources that could deteriorate signals between the centralized management controller and multiple battery integrated circuits. Considering that batteries are the only power source for electric vehicles, instances involving a failure of the system could render an electric vehicle inoperable. With this in mind, Tesla notes that there is a need for a battery management system that is “more robust and dynamic.” 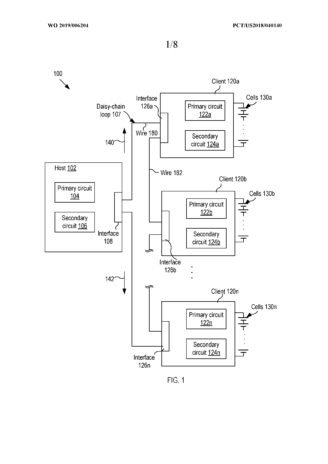 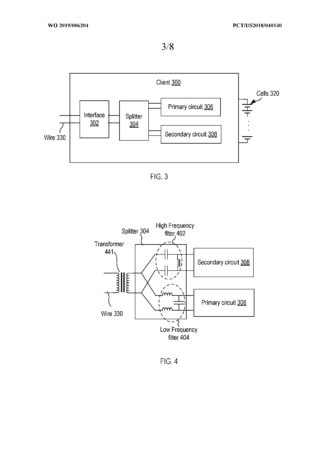 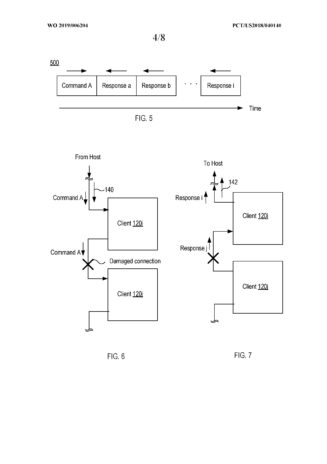 Tesla’s patent describes what could be dubbed as a redundant battery management system, comprising a first client coupled within a multi-channel, bi-directional and daisy-chained communication loop. The electric car maker also outlined a method for identifying a failure location within a battery management system. Tesla describes these as follows.

“The battery management system may include a host (such as a microcontroller that manages at a system level) and clients (such as battery management integrated circuits that manage battery cells within the system). In embodiments, the host may be implemented in various structures including the previously mentioned microcontroller and manages the system by transmitting commands and receiving responses from one or more of the clients. Each client may monitor and control corresponding battery cells to measure the electrical and physical status of the cells, such as voltage, amount of remaining electrical charge and temperature of each cell. For instance, the client 120a may monitor the cells 130a. It is noted that each client may monitor a different number of battery cells. The client 120a may perform measurements (e.g., voltage, charge, temperature, etc.) as well as perform certain functions (e.g., bleed-off charge from a battery cell, etc).”

Tesla further discussed its rationale behind its use of daisy-chain loops for its battery management system.

Ultimately, Tesla notes that these systems will result in what could only be described as “dynamic redundancy” across its battery management systems. This, of course, could foster a new generation of battery packs that are more reliable than the company’s already stellar batteries.

“One skilled in the art will recognize the use of a multi-channel signaling system as well as a bi-directional signaling architecture within the battery management system results in dynamic redundancy across the system itself. For example, if a primary or secondary circuit should fail on a client, the host may communicate a redundant command to the client using a different and fully operational channel. The multiple channel architecture ensures that even egregious malfunction of a sub-system, such as the transmission of spurious data, will not be able to interfere with normal operation of a complementary subsystem operating on a different channel. In addition, the bi-directionality of the system allows for compensation to occur in the event of a complete path failure somewhere within the loop.”

The past months have seen an influx of published patents for Tesla. Among these include an automatic tire inflation system patent that can pave the way for off-road capabilities for the company’s vehicles, a clever patent that would allow Tesla to address panel gaps during vehicle assembly, a patent that describes colored solar roof tiles, and even a system that uses electric cars as a way to improve vehicle positioning.

Tesla’s recently published patent on its Multi-Channel and Bi-Directional Battery Management System could be accessed in full here.