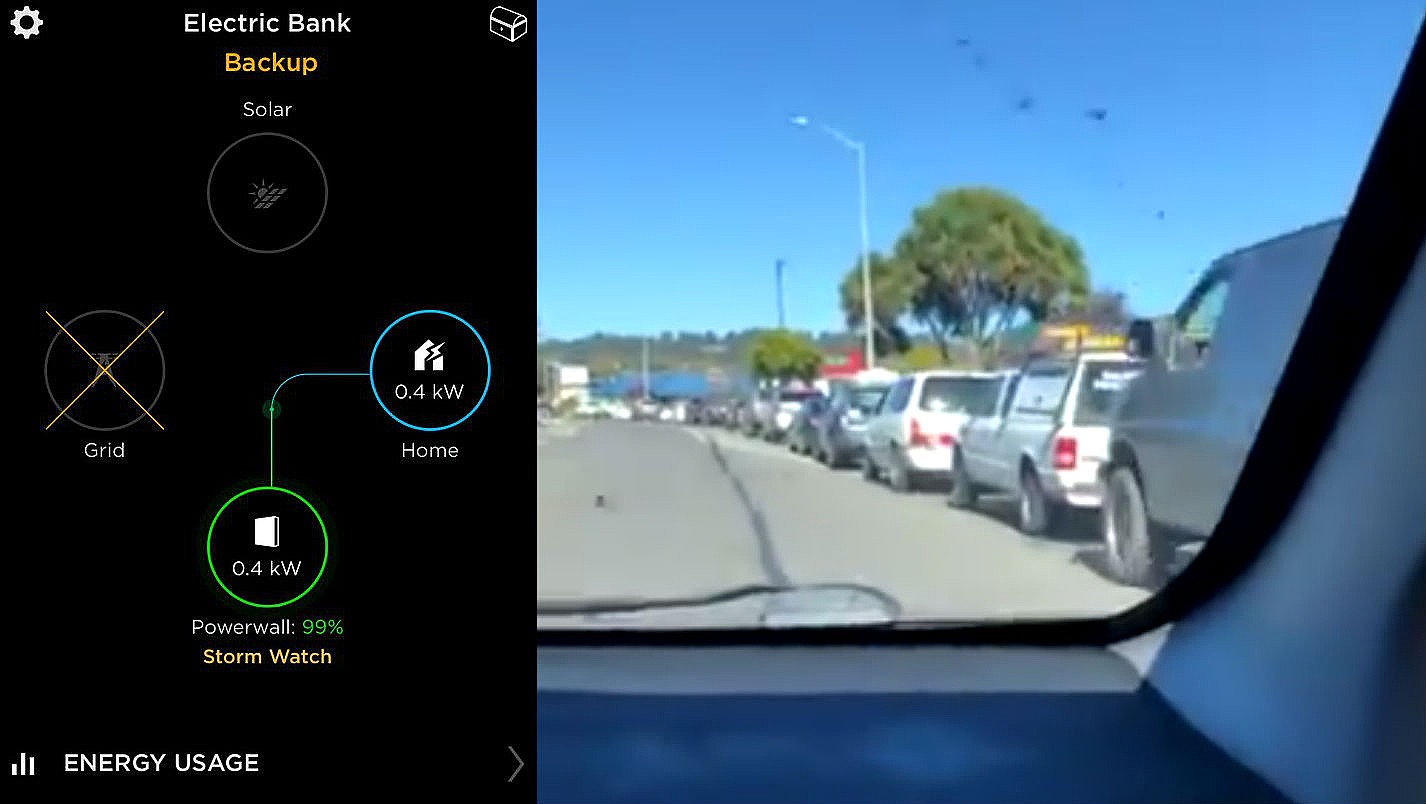 Tensions are rising in up to 34 counties in California as residents begin feeling the effects of Pacific Gas and Electric Co’s decision to cut power to around 800,000 customers as a way to avoid potential wildfires in the area. Amidst the chaos, Tesla owners who have installed rooftop solar and Powerwall 2 batteries are reporting that they are weathering the widespread power outage with no problems.

PG&E’s shutdown has received widespread criticism among CA residents and officials alike. In a statement to The San Francisco Chronicle, Rep. Jared Huffman described the power provider’s strategy as a “lousy set of choices.” Michael Wara, director of the climate and energy policy program at Stanford University, added that the widespread outage shows that the company cannot operate their system safely during challenging times. CHP officers have even started looking into an incident involving a PG&E vehicle in Colusa County that appeared to have been shot at by a disgruntled resident on Wednesday morning.

This is particularly prominent among gas stations in the state, many of which require power to function. Only a few gas stations remain operational in CA amid the power outage, resulting in long lines of vehicles as owners attempt to acquire fuel. Ali Alezzani, a manager of an Exxon station on San Pablo Avenue in El Cerrito, noted to the Chronicle that tensions are currently so high, some gas car owners almost got into fights while they were waiting for their turn at the pump. Videos taken of gas stations across the state hint at extremely long wait times as large numbers of car owners line up for a chance to acquire fuel.

Amidst the chaos surrounding the state, Tesla owners who purchased a Powerwall 2 battery with rooftop solar systems have reported that they are barely feeling the effects of the ongoing outage. Mark Flocco, a homeowner who acquired two Powerwalls for his home, noted in a Twitter post that his battery units have been powering his house with no issues since the outages started.

Considering that there seems to be enough sun in CA these days, Flocco noted in a follow-up post that his two Powerwalls haven’t dipped below 68% before the next day begins and they can start getting power from the sun again. Thus, for now, the Powerwall 2 owner’s home could remain powered indefinitely, or at least until the days start getting shorter.

Other Powerwall 2 customers have reported similar experiences. Tesla enthusiast @sumfollower, for one, also described that his home is now being supported solely by his Powerwall 2 and solar panels. Tesla Model 3 Mike Morris, whose home appears to have been affected by the power outage, even shared some footage from his electric car, where he is watching movies through Tesla Theater.

While Tesla owners with residential battery systems and solar panels are practically immune to the effects of PG&E’s widespread shutdown, CEO Elon Musk has pledged to improve the company’s Supercharger Network by installing Powerpack batteries within the next few weeks. Musk also mentioned that solar panels will be added to its Superchargers as fast as possible, in order to acquire clean, 24/7 power.

Tesla’s electric car and energy storage business is designed to promote an ecosystem that allows customers to achieve energy independence from the grid. By using the company’s electric cars together with its solar panels and home batteries, owners could essentially power their vehicles and houses with the sun. This, ultimately, is Tesla’s endgame, and if the performance of Powerwall 2 batteries and solar panels in PG&E’s current outage is any indication, a good number of homeowners might very well end up purchasing batteries and solar systems for their houses after this incident.