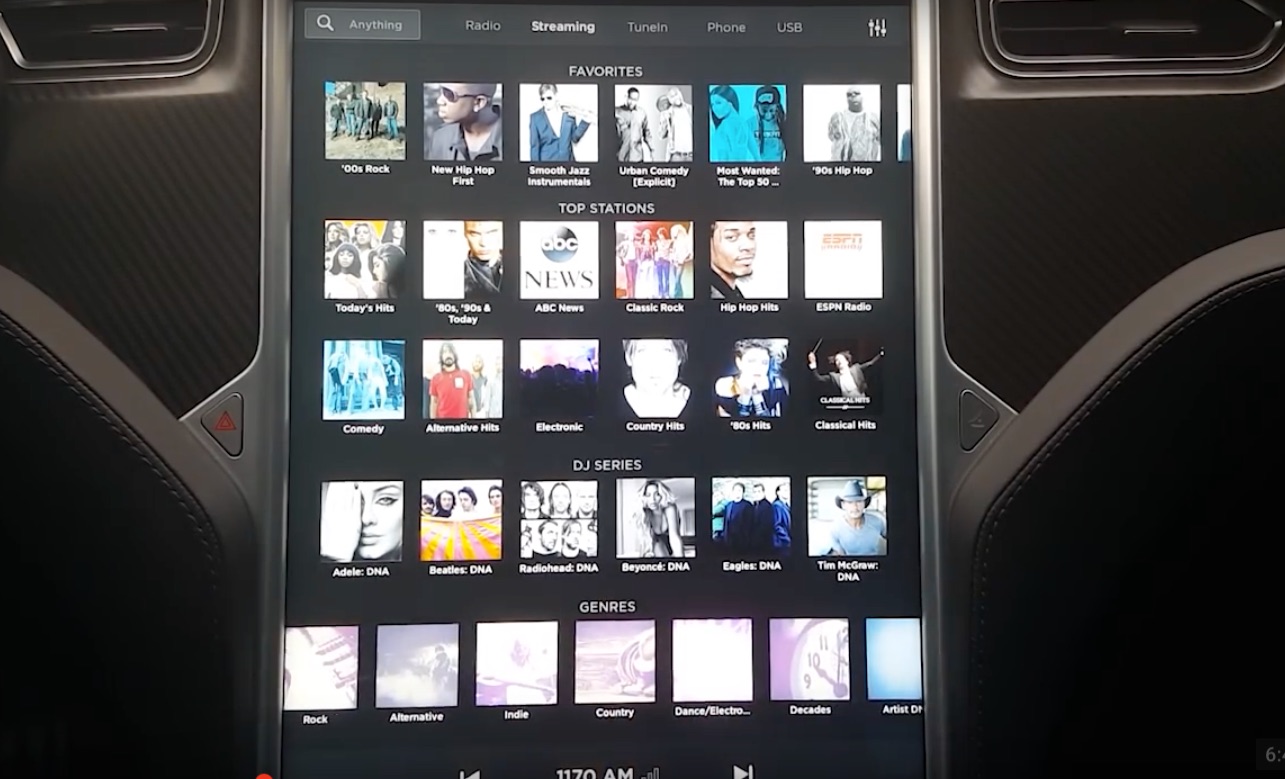 Tesla will be introducing new cellular connectivity packages for the Model S, Model X, and Model 3 starting July 1. According to the California-based electric car maker, Tesla owners who order their vehicles from July 1 moving forward will have the option to select between a “Premium Connectivity” package and a “Standard Connectivity” package. The new internet packages would be rolled out to all of Tesla’s markets, including Europe, Australia, and Asia.

The Premium Connectivity package includes satellite maps with live traffic visualizations and satellite-view maps. In-car streaming music and media, as well as over-the-air updates via cellular data, are also included in the package, together with other applications and services that are set to be introduced in the future. Full pricing and details are expected to be announced soon, but Tesla expects the internet package to cost roughly $100 per year, or $8.34 per month.

Customers who order a Model S, Model X, or Model 3 with the Premium Interior Package on or after July 1, 2018, will be receiving a year’s worth of Premium Connectivity for free. After the 1-year period is over, owners would be able to select the connectivity package option they prefer. Cars ordered before July 1, including Tesla’s entire fleet today, will not be impacted by the introduction of the new connectivity package options.

Tesla’s Standard Connectivity package includes basic maps and navigation, as well as music and media features through a smartphone’s Bluetooth connection. Over-the-air updates are downloaded through WiFi, though Tesla states that firmware updates related to vehicle safety would be received through cellular at no extra cost. Customers can upgrade to the Premium Connectivity package at any time through the electric cars’ center console.

The main difference between Tesla’s two internet packages lies in live traffic visualization, firmware updates, and in-car streaming. While all vehicles regardless of internet package would feature Tesla’s new and improved Navigation, electric cars with the Standard Connectivity package would not see live traffic visualizations, which are represented by green, orange, and red lines on the vehicle’s maps. The internet browser for the Model S and Model X and music streaming using the car’s cellular data itself would also be unavailable.

Particularly admirable, however, is the fact that all current Teslas on the road today will have the Premium Connectivity package for free for the lifetime of the vehicles. This is a pleasant surprise considering the company’s expectations outlined on its Q4 2013 Shareholder Letter, where Tesla noted that Model S customers would get free data connectivity for four years before the company starts charging for cellular data use.

“To further enhance the driver experience, new Model S customers will now receive free data connectivity and internet radio for four years. As an added benefit to our existing Model S customers, the free four year period starts on January 1, 2014. To be fair to all, in rare cases, a customer may be charged for extreme data use.”

Overall, Tesla’s introduction of its new connectivity packages could be seen as one of the strategies that the company could adopt to achieve its target of hitting profitability by Q3 or Q4 2018. As the size of Tesla’s fleet grows, after all, it becomes more and more costly for the company to provide complimentary cellular internet access to all its vehicles on the road. At around $100 a year or roughly $8.34 per month, Tesla’s Premium Connectivity package is very reasonable, costing less than the price of LTE services for the Apple Watch Series 3, which commands an additional $10 to a mobile phone subscription on AT&T, T-Mobile, and Verizon.