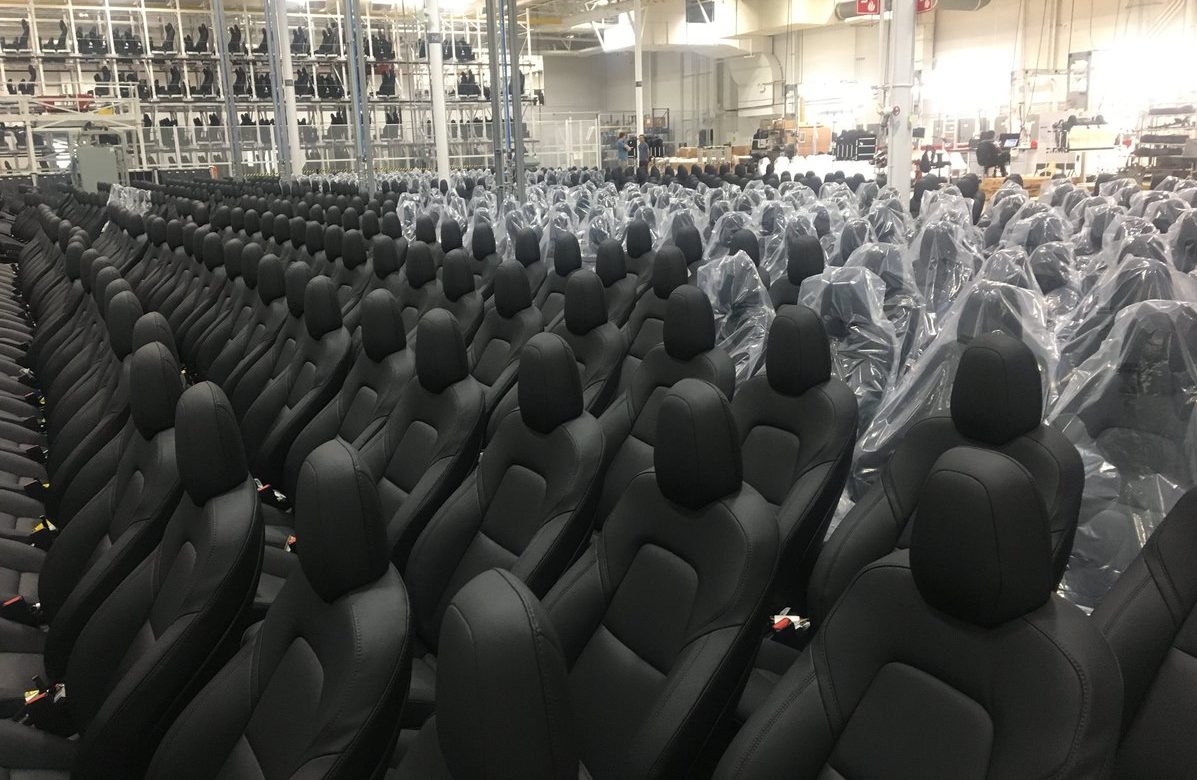 Elon Musk recently shared an image of Tesla’s Model 3 seats in volume, showcasing rows upon rows and floors upon floors filled with the compact electric car’s seats. Musk’s Twitter upload, which included a fun Rick & Morty reference due to the seats looking almost like an alien army, also features a rare look into the Model 3 Performance’s white seats at the factory.

What is my purpose? Sentient seats. pic.twitter.com/s9aHHyDoud

Musk’s Twitter update came late Friday, as Musk prepared to spend the weekend traveling back and forth between the Fremont factory and Gigafactory 1. Musk jested on Twitter that he was playing Infinity Work, the Reality Game all weekend, before revealing that he would spend Saturday and Sunday working. Musk mentioned, however, that the recently-constructed GA4 line in the sprung structure at the Fremont factory’s grounds is doing great, but Tesla’s GA3 crew, tasked with the production of the Model 3, is “pulling off miracles against all odds.”

The Model 3’s white seats have been a point of interest for many Tesla owners, considering that the option has proved popular for both the Model S and Model X, thanks to their clean, unique look, as well as their surprising capability to resist stains. In announcements earlier this year, however, Musk noted that white seats for the Model 3 would likely begin production in July, together with the start of the Performance and Dual Motor AWD’s production. Tesla appears to have hit two birds with one stone with GA4, however, as the company was able to start manufacturing both the Model 3 Performance and the white seats option ahead of their expected rollout date.

Looks so sus when we paint cars red pic.twitter.com/SIO2nInjhJ

Tesla manufactures its seats at a facility on 901 Page Ave., roughly three miles away from the Fremont factory at 45500 Fremont Blvd. During the company’s Q4 2017 earnings call last February, Musk mentioned that Tesla is looking to incorporate technology from The Boring Company to transport seats between Page Ave. and the main factory. During the earnings call, CTO JB Straubel noted that while Tesla is developing high-density and high-velocity lines for both factories, limitations emerge when it comes to transporting the seats from one facility to another. To solve this, Musk noted that Tesla is looking to build a tunnel that connects the two factories, which would allow the company to transport seats to Fremont without relying on conventional methods.