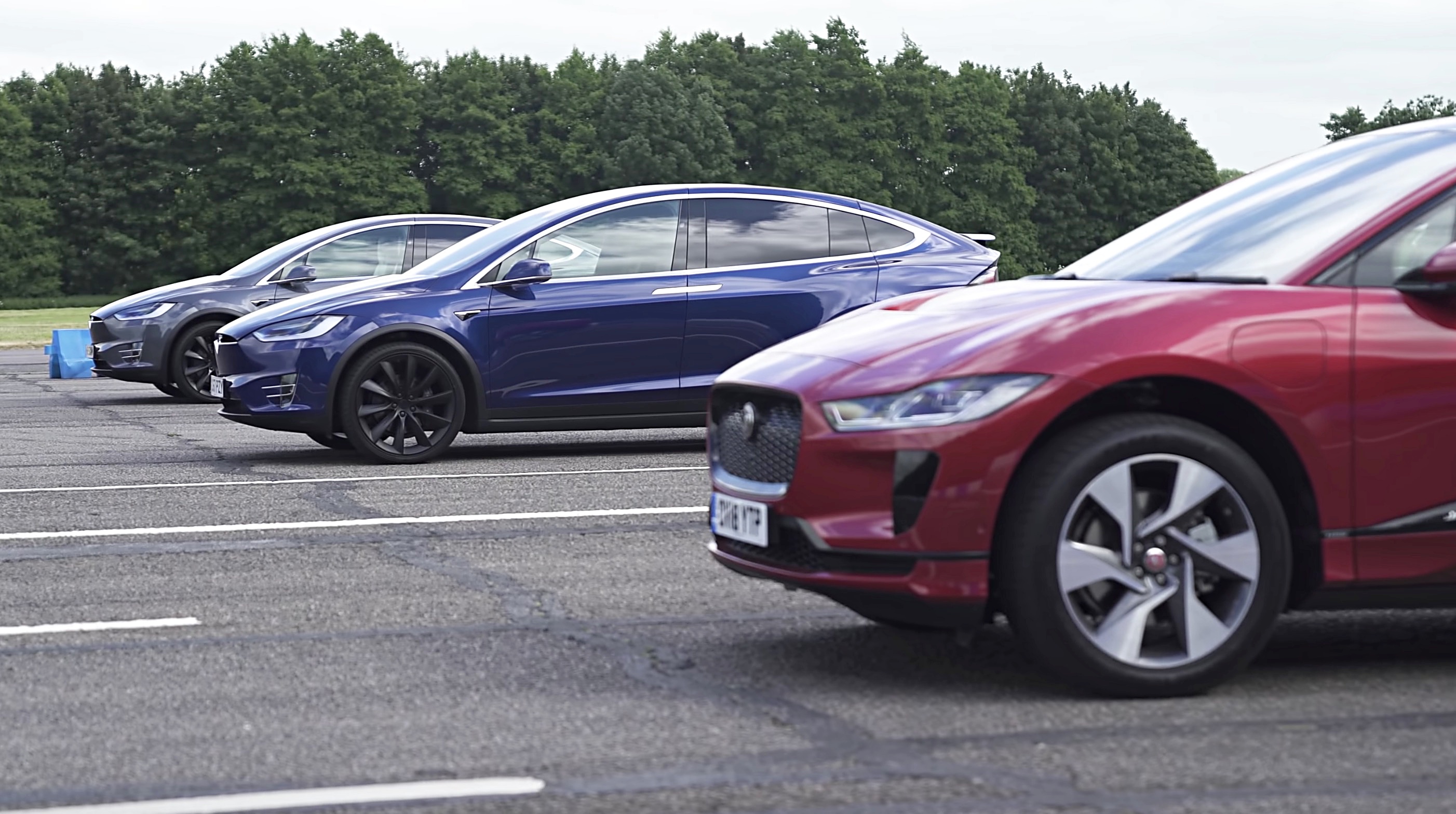 For the longest time, the Tesla Model X has established itself as the fastest SUV in the market. With the introduction of the all-electric Jaguar I-PACE, however, the Model X is meeting what could very well be its biggest challenger to date. What happens, then, when the Model X comes face-to-face against the I-PACE in a standing drag and rolling race? As it turns out, pure unadulterated racing fun.

The Jaguar I-PACE faces off against the Model X 100D and the Model X P100D. [Credit: CarWow/YouTube]

The results of the brake test among the vehicles were rather compelling. All three all-electric SUVs slammed on their brakes from 70 mph, and based on the results of CarWow‘s test; the Jaguar actually required the least amount of distance to stop, even less than the Model X P100D, which is equipped with performance brakes. The Jaguar I-PACE’s lighter weight compared to both the Model X 100D and the Model X P100D, however, could be an explanation for the brake test’s results.

Overall, it appears that Jaguar has created quite a vehicle with the I-PACE. It’s fast on its feet, stylish, and it has impressive stopping power. The only thing against the I-PACE is really its limited storage capacity, which stands at a measly 40.58 cubic feet with the rear seats folded, far less than the Model X’s 88.1 cubic feet of storage. The I-PACE’s storage, despite being a small SUV, is even less than the Model S, which has 58.1 cubic feet of space with its rear seats folded down. Nevertheless, being able to stand toe-to-toe with the Model X is no small feat, considering that the all-electric SUV is regarded not only for its acceleration, but its insane pulling power as well.

Watch the Jaguar I-PACE take on the Model X 100D and the Model X P100D in the video below.