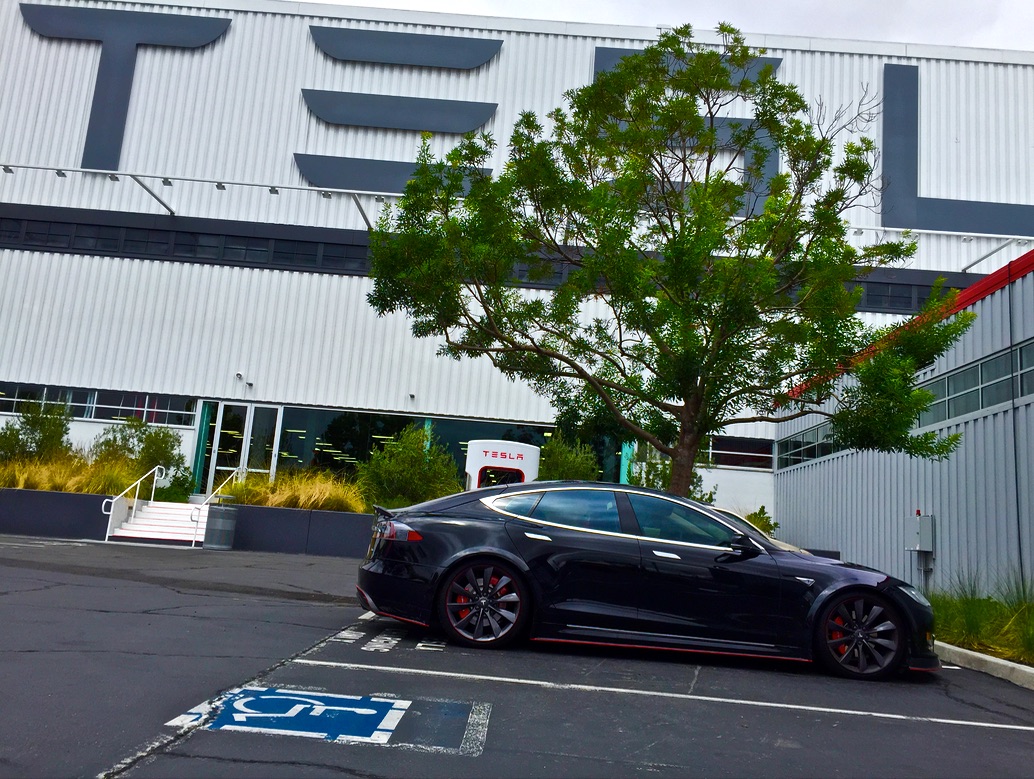 As previously suspected when we reported that Tesla wouldn’t waste anytime with coming up with a new referral program, the Silicon Valley based automaker is back with its sixth iteration, this time with a never-before-seen prize of a VIP tour of the Tesla Fremont factory that also includes a Q&A session with Franz von Holzhausen, Tesla’s Chief Designer.

The continuation of the company’s long-standing owner reward and buyer incentive program, which provides new buyers of a Model S or Model X with an instant $1,000 discount, has been a successful tool used for stimulating referral sales.

The updated program to begin October 16, just one day after the previous program came to an end, and will continue through January 15, 2017, promises top referrers with an invitation for two to a future Tesla unveiling event. Other prizes include a new Tesla headphone, a Tesla carry-on and a chance to win a Ludicrous P100D Model S or Model X.

We’ve provided the full details of the referral program in its entirety below.

The current Tesla Referral Program begins October 16 and will run until January 15, 2017. Anyone who orders a new Model S or Model X during this period using the referral link of a Tesla owner will get a $1,000 credit towards the purchase price.

To show our appreciation, referring owners will be eligible for our Referral Program awards:

10 Qualifying Referrals
Those who make 10 qualifying referrals will receive an invitation for them and a guest to attend our next Tesla unveiling event.

7+ Qualifying Referrals
Those who make 7 or more qualifying referrals will receive an exclusive red Founders Series Powerwall 2.0, hand signed by Elon Musk, JB Straubel, and Franz von Holzhausen. This limited edition Powerwall is not available to the public.

5+ Qualifying Referrals
Those who make 5 qualifying referrals will receive an invitation for them and a guest to take an extended VIP tour of the Tesla Factory in Fremont, California, including a Q&A with Franz von Holzhausen, Tesla’s Chief Designer.

3+ Qualifying Referrals
Those who make 3 or more referrals will receive a set of custom Tesla over the ear headphones.

2+ Qualifying Referrals
Those who make 2 or more qualifying referrals will receive a Tesla carry-on.

We know that without our customers we would not be where we are today. This is our way of thanking you for your support in building the Tesla community.

Awards
Owners who won awards in the program that ended October 15, 2016 will receive email instructions after the Model X drawing on or around October 31.

Credits to owners from previous programs will expire on December 31, 2016.

Limits
Related order must be placed between October 16, 2016 and January 15, 2017 and delivered for a referral code to qualify. Pre-owned vehicles are not eligible. Limit of 10 referrals per owner.

Must be at least 18 years old to be eligible for awards. No entry fee, payment or purchase required for the drawing. A random drawing will be held on or around January 31, 2017 to determine the winner. The winner will be contacted thereafter. Awards are non-transferable and not redeemable for cash. The winner is responsible for all taxes and local requirements and fees. Program and awards are conditional on and subject to local laws and regulations. Unfortunately, Ohio and Virginia residents are not eligible for awards.