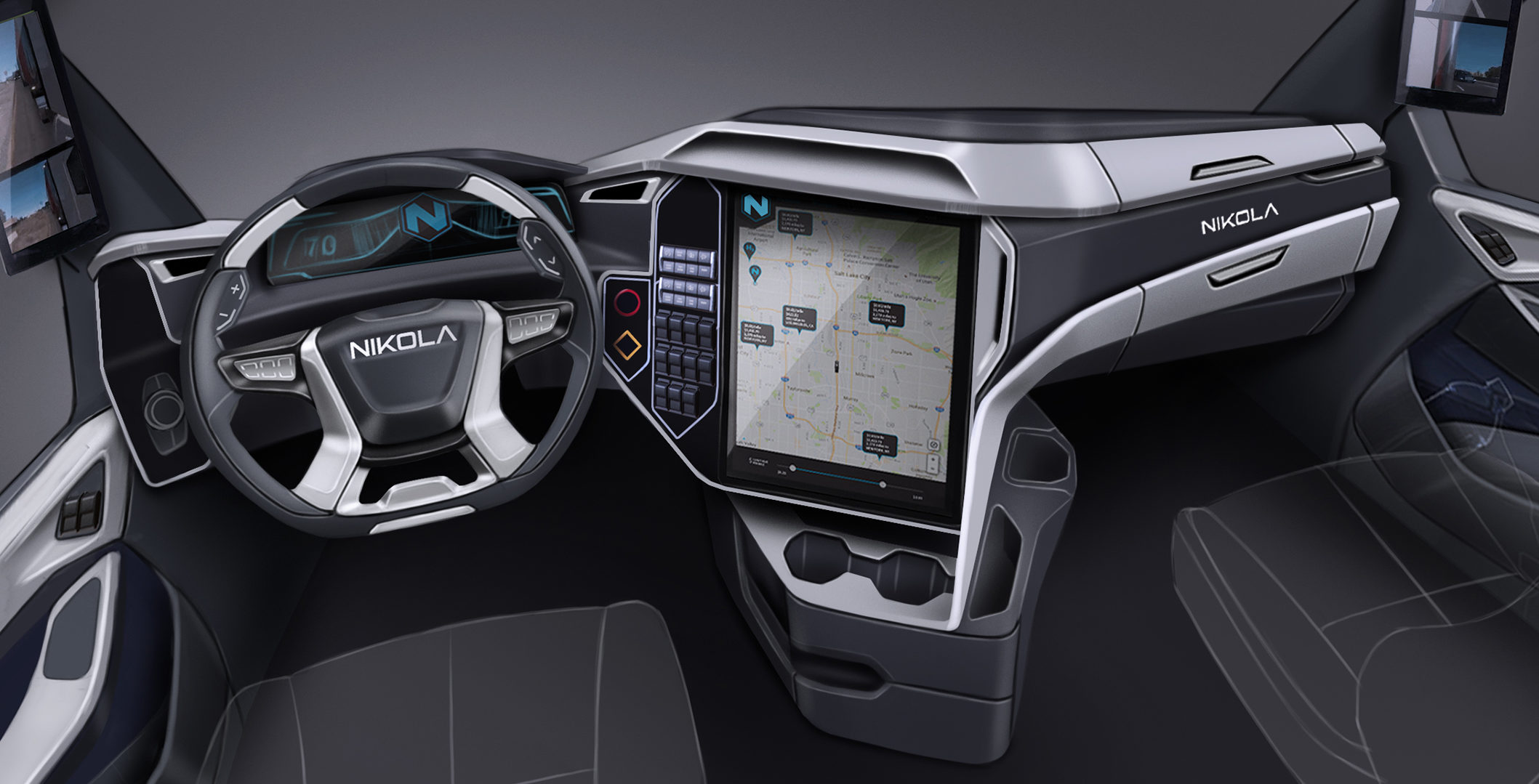 As it continues the development of its first hydrogen-electric truck, Tesla Semi rival Nikola Motor posted an update on the software development for its vehicles. In a post on Twitter, Nikola noted that its custom operating system has reached a point where it could be cold booted in seconds. The hydrogen-electric truck startup also provided what appears to be a brief update on its software’s rollout. In its post, Nikola mentioned that its software still has three years of optimization left before it enters production.

While Nikola is yet to release details about the upcoming custom OS for its hydrogen-electric trucks, the company has teased a number of features centered around its software nonetheless. Among these is the Digital Cockpit, which allows drivers to control most of the trucks’ functions and through a center 21″ touchscreen, as well as a feature called Surround Vision, which gives operators a virtual aerial view of the area surrounding the truck in real time. This feature is made possible by using a suite of cameras, radar, sonar, and computing software, allowing truck drivers to fully cover their blind spots while driving. Nikola also notes that its vehicles are equipped with the necessary hardware to enable full autonomous safety and convenience features.

That said, Nikola does have quite a lot of work to do before it could market its hydrogen-electric trucks as a viable alternative to diesel and all-electric long-haulers like the Tesla Semi, which is expected to begin initial production sometime this year. Nevertheless, the hydrogen-electric truck startup has ambitious plans for its vehicles’ hydrogen refueling network, with the company aiming to set up an estimated 820 refilling stations operating across the United States by 2028.

The emergence of zero-emissions vehicles like the Nikola One and the Tesla Semi could herald the start of a new era for the trucking market. Considering their capabilities, vehicles like Nikola One could replace long-range diesel trucks, and all-electric units like the Tesla Semi could easily dominate the market for shorter-range routes. This particular point appears to be evident for Nikola Motor CEO Trevor Milton, who recently took to LinkedIn to invite former Tesla employees who were affected by the electric car maker’s recent round of layoffs, which affected 7% of the company’s workforce.

In his post, Milton noted that his invitation to former Tesla employees is not in any way throwing shade at the electric car maker. The Nikola CEO also stated that the hydrogen-electric truck maker has “large cash reserves” to support hundreds of new employees. Following is Milton’s LinkedIn invitation.

“Forward this on to all Tesla workers. Anyone who was affected by the #tesla layoffs, please let me know and I’ll try to get you in front of our HR to be reviewed. We have hired as many as fit our positions from the #faraday and #gm layoffs so this is not a bash on Tesla. We are hiring hundreds of positions and have large cash reserves with a great company culture. See our glass door. I am taking time out of my crazy schedule to try to help in these situations.

“I feel for everyone that goes through that especially with financial obligations. If #tesla could they would keep everyone but it’s the result in growing in a competitive market. I hope I can help all those affected. Please DM me directly WITH your resume attached. I don’t have time to email asking for it so please include it and I’ll try to help as much as I can. You can also email [email protected] if you want direct contact to HR.”