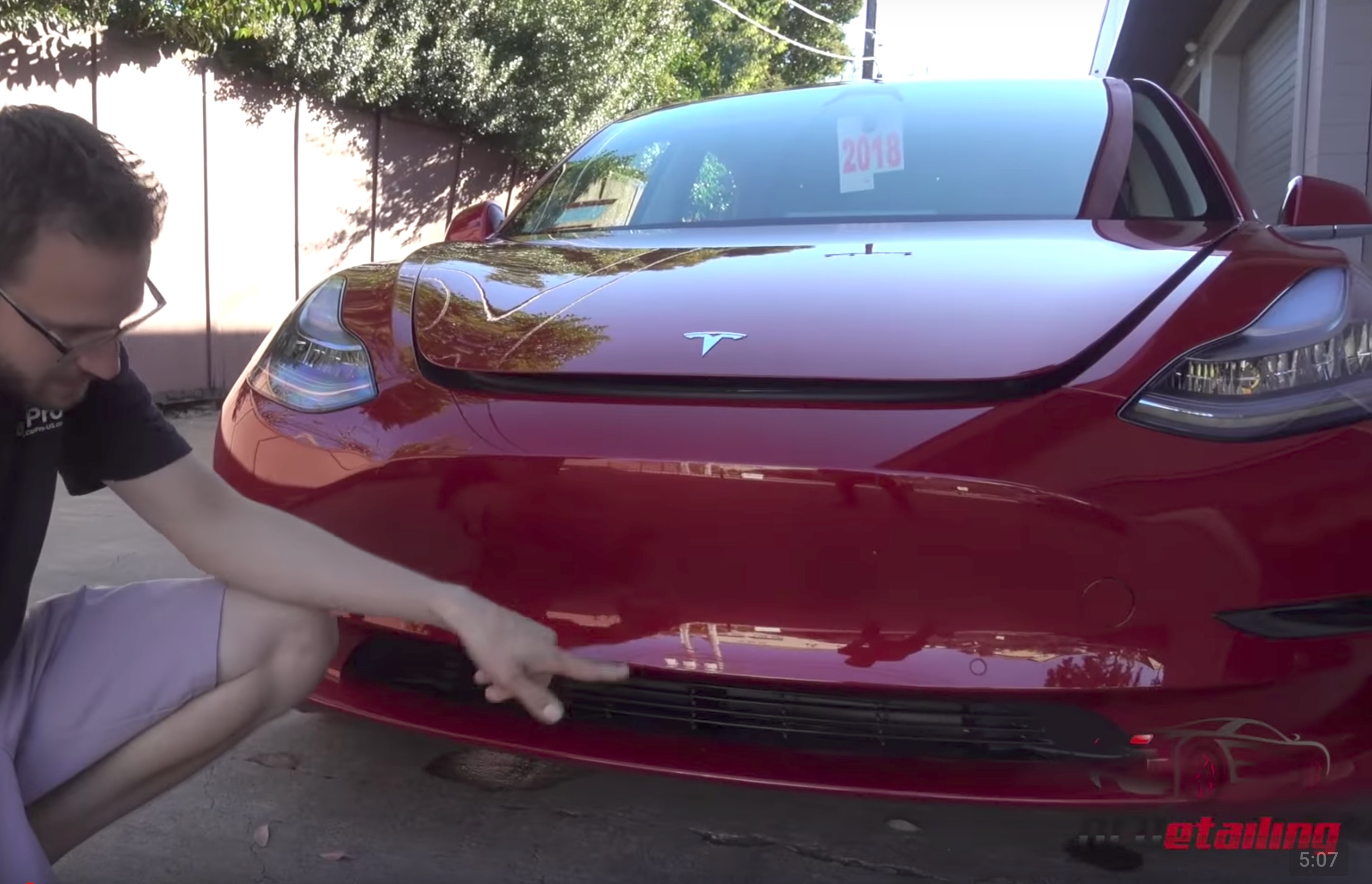 Amid the comprehensive Model 3 walkaround videos being captured by leading Tesla protective film expert, OCDetailing of Fremont, California, comes another one that takes a closer look at some of the hidden exterior details of the vehicle.

Similar in design to Tesla’s flagship Model S and Model X, Model 3 has motorized vents that are mounted on the lower front bumper that’s used for regulating the amount of airflow around Tesla’s battery thermal management hardware. Mounted behind each electronically-actuated vent is a radiator and accompanying fan for the liquid-cooled battery.

Existing Tesla Model S and Model X drivers that have either Supercharged or driven in hot climates can likely attest to the loud fans that get activated whenever hot air needs to be drawn away from the battery and radiator. Tesla Model 3 will have the same behavior.

Tesla CEO Elon Musk had mentioned in the past that Model 3 will have an optional tow hitch and towing capabilities. However, Joe points out that first production Model 3s do not appear to have hardware that would support an optional tow hitch. “Maybe on a later car they’ll be able to tow stuff, but this one – I don’t think so” says Joe.

First production Model 3 vehicles have a single motor, rear-wheel drive configuration. Tesla expects to launch a dual-motor variant sometime in mid-2018, which may have towing capabilities at that time.